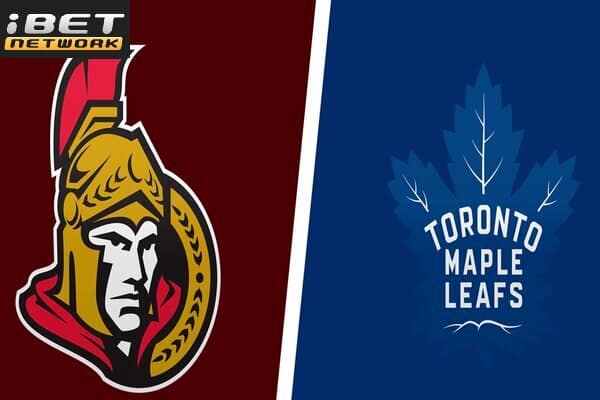 The battle of Ontario is one of the oldest and best rivalries in NHL history, between the Toronto Maple Leafs and the Ottawa Senators. Due to current NHL scheduling, these two clubs face off three to four times throughout the course of the season. Both teams play in the Atlantic Division and they are among the best in NHL history. I’ll explain in more detail how this game may play out and who has the best chance of winning. You can also find links to the best sportsbook bonuses. Let’s dive right into this Battle of Ontario preview.

The Toronto Maple Leafs play in the Atlantic Division of the Eastern Conference of the National Hockey League. The franchise was established in 1917 and since then has become one of the greatest in NHL history, winning 13 Stanley Cups overall, second only to the Montreal Canadiens.

This season, this Toronto team will want to improve their game with the addition of players like Dennis Hildeby, Victor Mete, Jordie Benn, Calle Jarnkrok, and Pierre Engvall. Their main goal is to outperform the previous season in which they once again failed to win the Stanley Cup playoffs, something that has been occurring since 2004 when they defeated the Senators in seven games in the Eastern Conference Quarterfinals.

Expectations are quite high for the upcoming season, and one of their biggest rivals, the Ottawa Senators, will be the first opponent at the beginning of the preseason games.

They are the slight favourites to win this game with 54 wins in 96 games and 42 losses to the Senators; however, there are a few caveats to mention. First, even though it is a big game, it is still a preseason game. The game’s purpose is to use new players and see which tactics and chemistry work between the players. Second, the main goal is to try to improve so they can start the official season in the best way possible. In my opinion, it would be preferable to lose this game and triumph in the official one.

Along with its enduring adversary, the Toronto Maple Leafs, the Ottawa Senators participate in the National Hockey League as members of the Atlantic Division in the Eastern Conference.

For this season, Connor Brown, Victor Mete, Flip Gustavsson, and more players who genuinely couldn’t find their place within the club have already gone. The good news, in my perspective, is that they already made some new, exciting signings this year to help them have a great season. Bringing in experienced players like Alex DeBrincat, Claude Giroux, and Cam Talbot may definitely help the squad and improve the chemistry.

Ottawa has a fairly youthful squad with some extremely seasoned players, but they still need to get much better if they want to get the most out of their recent additions. It would not be a surprise if they win the Battle of Ontario; nonetheless, I would rather choose the Toronto Maple Leafs for this one. Ottawa has played 96 games versus Toronto and has lost 54 times and won 42 times.

The most recent matchup between the two teams took place on April 17th, and Toronto prevailed. In fact, Toronto has won the past three meetings against Ottawa. As I previously stated, based on the data, I believe Toronto will win this game. Nevertheless, I would not be amazed if Ottawa could get a win. The main goal of this game is to learn how new players will fit into the squad and which tactics should the coach use that will suit in the long term. My prediction is that Toronto Maple Leafs will win comfortably.