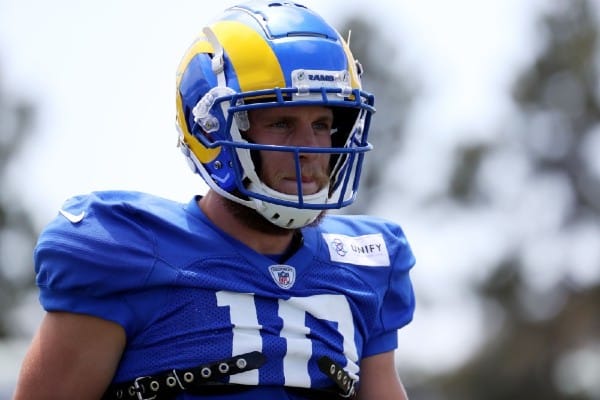 The Buffalo Bills ended the season with a 11-6 record. The Bills lost their last game of the season, against the Chiefs, by a score of 42-36. Devin Singletary had the most carries out of all Bills players, 10 in total. He ran for a combined 26 yards (2.6 yards per attempt). Gabriel Davis had a great game, averaging 25.1 yards per reception and catching 8 passes for 201 yards. Josh Allen also did well, completing 27 of 37 pass attempts for 329 yards and 4 touchdowns.

The QB’s rate was 136, and he threw no interceptions throughout the game. The Bills allowed 182 yds to be gained on 27 running plays- equaling out to 6.7 yds per rush. During the game, the Buffalo team allowed a total of 33 pass completions out of 44 attempts for a completion percentage of 75%. They tallied 63 plays by the end of the game which gave them a grand total of 422 yards.

Last year, the Bills racked up 6,493 yards and 236 first downs. Unfortunately, they were also penalised 113 times for 980 yards. The Bills turned the ball over 22 times, resulting in a staggering 16 interceptions and 6 fumbles. Buffalo scored 36 touchdowns through the air and 20 via the ground.

How Good Is Buffalo Bills Defense?

The Bills had the best team defense in the NFL, allowing a contest-low of 17.0 points per game. Last year, they allowed 4.2 yards per rushing attempt and 109.8 rushing yards on average per game. They gave up 1,866 rushing yards in 17 games during the season. The Bills surrendered 2,771 passing yards, which put them first in the league.

In their 17 games last season, they allowed 163.0 yards per game through the air and a 56 percent completion rate. They allowed 272.8 yards on average, placing them first in the league. They gave up 12 passing touchdowns as well as 19 rushing touchdowns.

The Rams ended their year strong with a 15-5 record. Their last game was against the Bengals, and they won 23-20. Matthew Stafford had a great game, walking away from the contest with 283 passing yards and 26 completed passes. His quarterback rating was an impressive 89.9. He threw 2 interceptions and his average yards per attempt was 7.08 yds. Cooper Kupp had the best game of any Rams receiver, grabbing 8 passes for 92 yards (11.5 yds per catch).

Los Angeles Rams running back Cam Akers ran the ball 21 yards on 13 carries, averaging 1.6 yards per attempt. The team finished the game with 313 total rushing yards on 66 plays, for an average of 4.7 yards per play overall. The Rams’ ground game was shut down, however, as the team ran for just 43 yards on 23 runs. Los Angeles Rams allowed 20 rush attempts for 50 yards (2.5 yds per carry).

The Rams’ pass defense gave up a completion rate of 53.3 percent, allowing 232 yards on 16 out of 30 attempts. In terms of their scoring ability, the Rams ranked eighth in the NFL, scoring 27.1 points per game. Last season, the Rams’ passing game averaged 273.1 yards per contest and ranked 5th in the NFL. They achieved this via 4,642 total passing yards throughout the season. The Rams rushed for 1,683 yards in total, averaging 99.0 yards per game on the ground.

The Californians averaged 372.1 yards per game, putting them 9th overall in the league. The team’s penalties on 76 infractions resulted in 637 yards, placing them 29th in the NFL in terms of assisting their opponents. They gave away 18 picks while losing five fumbles, as they accumulated 233 first downs.

In total, the Rams defense conceded 372 points last year, which had them sitting 28th in the league. They were on the field for 1,118 plays throughout the season. Last season, their defense had 25 takeaways (6 fumbles recovered and 19 interceptions).