Carlo Ancelotti Will Support Canada At the World Cup 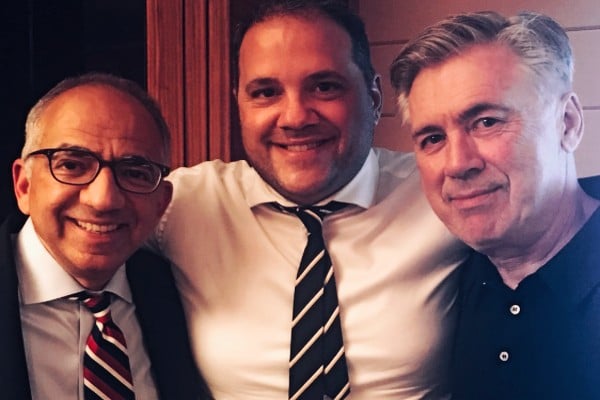 Italy will not participate in the World Cup as they lost to North Macedonia in a UEFA playoff round. Real Madrid manager Carlo Ancelotti is left with the daunting task of finding another national team to support at this year’s major event. As a result, he has pledged his support for Canada. The Canadian football team will be competing in its first World Cup in 36 years. Online sportsbooks in Canada haven’t published their predictions yet. So it’s not easy to have a guess where Canada will end after the group stage.

“I will support Canada in the World Cup since they’ve been absent for many years and it’s my second home”. Ancelotti said when responding to a radio interview with Italian station Rai Radio. “The President of the Canadian Federation is originally from Abruzzo, so everyone cheers for Canada,” he added. Ancelotti’s ties to the CONCACAF team have exceeded his Italian citizenship and athletic connections to Spain, Germany, and England.

Make sure to check Betway Canada’s odds for the FIFA World Cup 2022 in Qatar. Canada Soccer Team will compete in group F and will face Belgium, Morocco and Croatia.

But WHY Will Carlo Ancelotti Support Canada in Qatar?

In 2014, the Italian married Mariann Auger McClay, a Canadian-born businesswoman, in Vancouver. Ancelotti said after leaving Real Madrid in 2014 that he intended to take a year off from coaching to recover and recuperate from a medical procedure.

After leaving Real Madrid, Carlo Ancelotti relocated to Vancouver and spent his sabbatical there before agreeing to manage Bayern Munich in the summer of 2015. Victor Montagliani, the current CONCACAF president who is of Italian ancestry and grew up in Canada, is the individual Ancelotti is talking about.

From 2012 to 2017, he was president of the Canadian Soccer Association before being elected as CONCACAF’s president.

Will Ancelotti Get A Managerial Job In the MLS?

Because to his connections to Canada and Vancouver as a second home, there have been speculations if Ancelotti would take a MLS position on several occasions in the past. He’s been in charge of several European top tier clubs in the last 10 years. And he might become the first manager to win the league in all top 5 European leagues. The hottest rumour was around Inter Miami, where David Beckham was searching for the team’s first coach.

However that didn’t happen, but Ancelotti did say he would consider jobs in North America in the future. “I’ve signed a three-year deal with Napoli”. Ancelotti said in an interview. “But I believe the MLS is improving and getting better. And that it may be an interesting experience in the future.”

His connections to Western Canada have added fuel to the speculation that he will one day join up with Vancouver Whitecaps. But at the moment he’s focus is on winning the Spanish primeria division with Real Madrid.

Carlo Ancelotti: One of The Most Successful Soccer Managers

By winning the Champions League Final on last Saturday the Italian maestro is now one of the most successful managers in history of soccer. He is the only manager to win the most prestigious club tournament four times. He led the Italian giants of AC Milan twice to the title during his spell in 2003 and 2007. Worthy to mention that during this period he lost the most memorable final in 2005 to FC Liverpool. He also won the UEFA Champions League with Real Madrid in 2014. With this year’s win he overtook Bob Paisley (FC Liverpool, 1977, 1978 and 1981) and Zinedine Zidane (Real Madrid, 2016, 2017 and 2018).