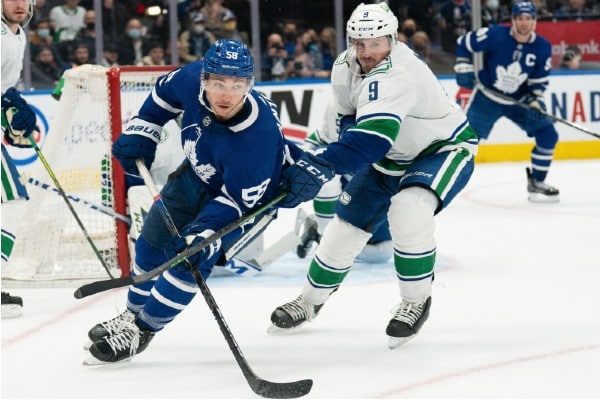 On Thursday, the Toronto Maple Leafs (37-17-5) will play the Carolina Hurricanes (41-13-5) at Scotiabank Arena. After suffering a 4-2 loss to the Pittsburgh Penguins in their previous game, the Carolina Hurricanes will need to bounce back. Carolina had 2 penalty minutes in the contest. They also attempted 1 power play but failed to score. The Hurricanes didn’t do well on the offensive during their loss. They converted two of the 43 shots they took throughout the game.

Carolina’s opponents have 207 power play chances (first in hockey) and have scored 22 goals on those opportunities. The Hurricanes have faced 1,711 shots and have a save percentage of .919. Carolina has taken 1,986 shots and has a 9.9 percent shooting rate thus far this season. The Hurricanes have allowed 117 goals while scoring 154 goals at even strength this season. Carolina has 173 power play chances and has scored 43 goals, for a rate of 24.86%. They currently have 87 points in the current campaign and a score percentage of .737. The Carolina Hurricanes have scored 197 goals this season, which is 8th in the NHL, and have given up 139.

Frederik Andersen will be in goal for the Hurricanes. During his professional hockey career, Andersen has played in 433 games. He has a record of 256-108-50 and started in 420 games. In his NHL career, Andersen has allowed 1,078 goals against and his goals-against average per game is 2.59. Andersen has faced 12,912 shots and stopped 11,834 of them. In his 24,962 minutes on the ice, his save percentage is .917. Over the course of his professional career, he has amassed 240 quality starts and a .571 quality start percentage.

Check our list of Canadian sportsbooks bonuses to find the best NHL odds for this game.