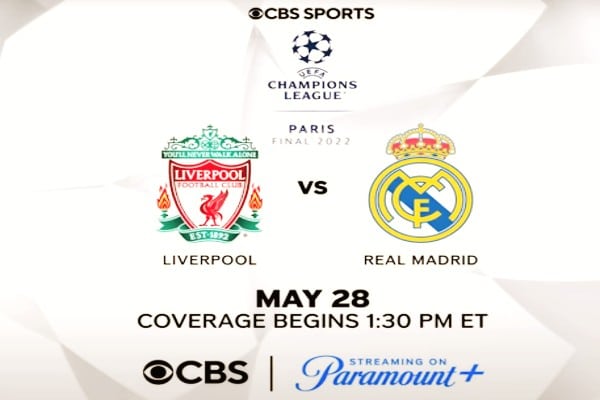 The UEFA Champions League final, which is the most important soccer match of the year, is rapidly approaching. Over the course of the season, 80 teams from all around the Europe took part in this tournament. Liverpool and Real Madrid are competing at the Stade de France in Saint-Denis, north of downtown Paris, to decide who will be crowned champions.

It’s the perfect matchup for the occasion, as two of the world’s most powerful clubs face off. Liverpool won a domestic double of cup titles this season, while Real Madrid dominated La Liga by an absolute mile. The iBet Network breaks down the betting angles for the season’s culminating event ahead of Saturday’s big game.

Liverpool is the overwhelming favourite to win the title according to sportsbooks. They have steamrolled their way through the Champions League and demonstrated to be a strong force on numerous fronts this season. However, the betting market is not likely to count Real Madrid out. The Reds are the half goal favourites, but Real Madrid are minus odds on the spread, demonstrating just how close this encounter is expected to be.

This is frequently the situation in high profile confrontations such as this, where both teams are regarded powerful sides. This match is expected to produce a lot of goals. Thus both teams to score and the over 2.5 total goals is going to be a good wager. That would be something of a shift from recent trends, as several matches in the Champions League final have tended to be tight affairs between two teams seeking to avoid making the major mistake. The last three Champions League finals have seen just four total goals scored, with one team never scoring in any of them.

Betting against Real Madrid’s Champions League magic seems so be a bad advise. However, Liverpool are currently in a good form and many see them as the “better” side. But times have shown that this usually doesn’t mean that much. And who knows when Madrid’s spell will end, or if Karim Benzema has another magic to perform? Both clubs have decent odds in this game, and there are some good reasons for that. It’s a coin toss as far as outcomes go, with the team that makes the fewest blunders winning. Real Madrid allow more shots than Liverpool, 15.1 compared to 6.7 per Champions League game, but the club’s soccer is about punishing opponent blunders.

That is why Real Madrid are so effective in the last minutes of games as they lurk until a weary opponent begins to fall apart. According to the stats, Liverpool has an advantage on paper, but there are indications that the Reds are losing ground. The concern is more significant as the team looked vulnerable against lesser opponents, and Thiago’s absence is a serious blow. Since 2016, when Real Madrid topped rivals Atletico Madrid in the final of the Champions League, there has not been a level match. Following the thrilling Europa League final, this one could also have a penalty shootout. It’s perhaps best not to try separating the teams in a game where it’s impossible to do so.

For a time, major domestic and European competitions acquired a negative reputation for being cagey affairs. Teams usually tried to avoid losing the game before going on to win it after the break. But this is not how soccer is nowadays. In today’s game, European finals have a tendency to deliver on the enormous buildup more often than not. The last three Champions League finals have seen less than 2.5 goals, while Liverpool vs. Tottenham had 30 shots in the final match of the 2018-19 season. When you look even closer, you’ll notice another element at work — the clubs.

Since 2014, Real Madrid has appeared in four Champions League finals since 2014 and won all of them.mOnly one opponent, notoriously cagey Atletico Madrid, was able to prevent the over 2.5 total goals from happening across those four games. That 1-1 draw with Atletico Madrid in the 2014 Champions League final was the only time that Real Madrid won a game by fewer than three goals in the last 22 years.

The Reds have a similar record. It was the Liverpool’s only victory of their last four Champions League finals, which went under the total since 2005. In addition to the defeats against Real Madrid and AC Milan, the celebrated comeback against Milan in Istanbul, all surpassed 2.5 total goals. The two teams have both been given the chance to rest players during the buildup. With Carlo Ancelotti rotating nearly his entire squad in the La Liga run-in, Real Madrid have been uncontested league champions for weeks. Although Jurgen Klopp’s Liverpool has not been given the same opportunity, he has used a regular rotation of players to keep them active.

Liverpool’s Fabinho is expected to be ready and healthy, while Madrid’s veteran stars will have fresh legs. A total of 2.5 goals scored in the final of a European championship with the game’s most sought-after prize on the line is a tall order to meet, and there’s no value in this option either. However, in situations like this, real value is difficult to come by. Make your decision on the basis of your best guess and disregard the odds.

Real Madrid’s glaring deficiency this season has been starting slowly. In their last six Champions League knockout games, Real Madrid has let the opposition score first five times. It happened twice against Man City, once against Chelsea, and twice against PSG. Also in recent major La Liga encounters, Madrid has surrendered a first half penalty to Atletico and couldn’t mount a comeback.

They were behind for over an hour in mid April before mounting a three-goal comeback against fourth place Sevilla. Before halftime in the 4-0 demolition mid March, third placed Barcelona netted a pair, and sixth-placed Real Sociedad scored a 10th minute goal before Madrid shook off the rust for a 4-1 win. In recent years, Real Madrid have trademarked the comeback mentality, with comebacks in all three knockout series.

The Reds’ vulnerability to quick errors has showed up in recent league games against Southampton, Aston Villa and Wolverhampton. They also conceded the first goal against Villarreal in the Champions League semifinals. However, a review of the club’s entire year long performance reveals that it is more of a late season anomaly. Liverpool had scored first in four of its five knockout matches and five of six group stage encounters before the second leg against Villarreal.

Premier League matches were no different, with scoring first at Anfield against City in October and the tie at Stamford Bridge in early January, as well as four shutout wins over Arsenal and Man United. In fact, Tottenham were the only team in the English Premier League this season to complete the “score first double,” forcing Liverpool to come back both times. The betting trends suggest that the Premier League club should score first. However, that goal will most certainly not conclude the match.

Real Madrid will no doubt wait in the wings as soon as Liverpool get out on the field. Karim Benzema is one of the most feared strikers in Europe right now. And while he didn’t score against Real Betis in Madrid’s La Liga finale, it should make him even more motivated. Incredibly, Benzema’s last multiple consecutive matches without scoring came all the way back in late October, when he went scoreless against Barcelona and Osasuna in La Liga play. Since then, whenever Benzema has failed to score a goal in a game, he has made up for it the next time out. Benzema has been in good form for Real Madrid, scoring 10 goals across his last five UEFA Champions League appearances.