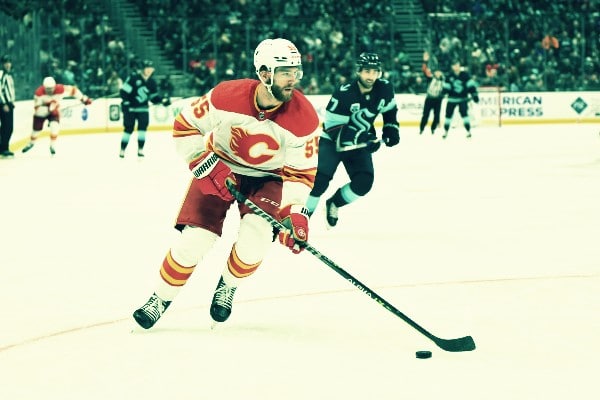 Dallas Stars (45-30-6) are on the road to face the Calgary Flames (50-20-11) at Scotiabank Saddledome on Tuesday. The line for this game is Dallas +185 and Calgary -230. The over/under has been set at 6. Check the list of our recommended sportsbooks in Canada to compare the odds yourself!

With a 4-2 victory against the Anaheim Ducks in their most recent game, the Dallas Stars were on top of the scoreboard. Dallas incurred four penalty minutes in this contest. In this victory, the Stars had an outstanding offensive performance. They also had two power-play opportunities and scored one goal. On 4 of the 19 shots they attempted, they scored in this game. The Dallas Stars have allowed 218 power play opportunities against and have scored 46 goals on those chances.

The Stars have faced 2,545 shots and a save percentage of .904. Dallas has attempted 2,486 shots and a shot percentage of 9.4 percent. The Stars have given up 198 goals while scoring 180 of their own while playing even strength. Dallas has taken advantage of 239 power play chances and scored 53 goals, for a rate of 22.18%. The Stars finished the season with a point total of 96, which translates to a percentage of .593. They have scored 233 goals (21st in the National Hockey League) this season and allowed 244.

Jake Oettinger is the player defending the goal in this game. The goalie has had 39 quality starts and a rate of .557 during his career. For his 4,312 minutes on ice, his save percentage is at .913. Oettinger has faced 2,041 shots in his career and has saved 1,864. Opponents have scored 177 goals against Oettinger in his professional hockey career, with a goal against average of 2.46. He has a 41-23-8 record and has started in 70 games. Oettinger’s NHL career has seen him play in 77 games.

In their most recent game, Calgary Flames took on the Jets, who defeated them by a score of 3-1. They had two power play chances in this game, but none of them resulted in a goal. The Flames scored one goal out of their 33 shots on goal. The Calgary Flames have scored 291 goals this season, 111 points, and a percentage of .685 in the regular NHL season. The Flames have allowed a total of 206 goals when accounting for all situations. They’ve given up 164 even-strength goals and 42 while they had fewer men on the ice. Calgary have 237 even-strength goals and 54 power-play goals (10th in the NHL) to their credit. The Flames have 234 power play opportunities and a 23.08% power play rate. Calgary has attempted 2,908 shots (3rd in pro hockey) and a 10.01 percent shooting percentage, while giving up 2,374 attempts.

They have limited opposing teams to an 82.93% penalty kill against their 246 power play attempts, and they’ve had a 91.3 percent save percentage. However, he’ll be ready. Jacob Markstrom patrols the crease down the ice. His opponents are averaging 2.69 goals per game, and he has given up 968 goals in his career. Markstrom’s quality starts percentage is 53.6 percent, and he has had 194 of them in his professional hockey career. He has started in 362 games and accumulated 21,614 minutes overall. Calgary’s goalie has a career record of 169-152-43, and he’s played in 378 games. He’s allowed 10,003 stops out of 10,971 shots taken, which is an excellent .912 save percentage.