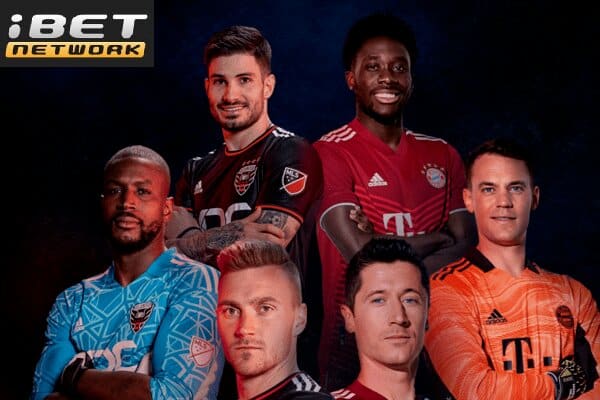 DC United play Bayern Munich for the Audi Football Summit summer tour and the friendly match will take place at the Audi Field on July 20 at 7:30pm.

Besides being a friendly, the game will be a good opportunity for new coach Wayne Rooney to show what philosophy and style of football he wants to implement at his new club. It will also interesting to see how Sadio Mané is going to integrate into his new team who just lost their biggest star, Robert Lewandowski. Here are our DC United vs Bayern Munich betting tips and predictions.

DC United was founded in 1995 and has been playing in MLS since 1996. Winning the MLS Cup 4 times, 3 US open cups, 4 supporters shields and one Concacaf Gold Cup, DC United has won more titles than most of the teams in the MLS and their fans are constantly increasing year by year. At the moment things are not going well for DC United because they are at the bottom of the table. They are also suffering with a lot of first team injuries,making it difficult to even select a team that could in any way challenge Bayern Munich.

Bayern Munich is one of the oldest teams in the world and is the most successful team in Bundesliga history.

Founded in 1900, Bayern Munich have won German champions 32 times. They also have 3 Champions League wins and many other trophies. They are one of the top 5 clubs in the entire world.

Bayern are coming into this game without their Polish ace RObert Lewandowski who is going to join Barcelona in the coming days. We expect Sadio Mane to make his debut. Barring any training injuries, Bayern Munich have the entire squad available for selection.

When is the DC United vs Bayern Munich game?

The game will take place at the Audi Field Stadium (DC United’s home stadium) on July 20 at 7:30 pm.

Here are some of the best sportsbook bonuses you can use to bet on this game. You can also use the to wager on any other sporting event that is of your interest.

Besides being a friendly match, this is a great opportunity for the new DC United coach Wayne Rooney. He’ll definitely use the younger players and give some minutes to any players that need it and to show their skills. It can be also a good time to give them instructions and begin implementing his ideas. The result won’t be very important because there is no way we expect DC United to get anything out of this game.

On the other hand, Julian Nagelsmann will focus on getting his players fit and will likely be concentrating on his upcoming friendly against Manchester City. With the departure of Robert Lewandowski and the arrival of Sadio Mané the German coach wants to see how the new players will adapt to the new team.

We expect that Bayern Munich will have a comfortable victory against DC United. Hopefully the fans will find still be entertained even though we expect it to be a one-sided game. Here are the rest of our DC United vs Bayern Munich betting lines and predictions.