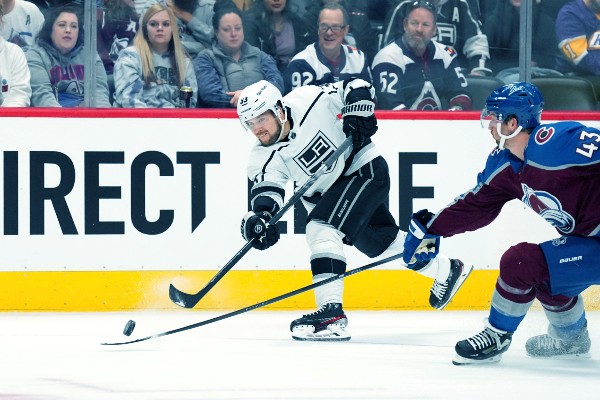 The Los Angeles Kings will try to win their series against the Edmonton Oilers on Thursday evening in Game 6 at the Crypto.com. The Kings are up 3-2 in the series. Edmonton is expected to lose by -172 and Los Angeles to win by +142, according to bookmakers in Canada. The over/under has been at 7.

Following a 5-4 loss to the Kings in Game 5, the Edmonton Oilers will need a comeback effort. The Oilers had 10 penalty minutes in this game. They also had 3 opportunities with extra men on the ice, and they were able to score two goals. The Oilers had a successful offensive game, which is evident in their defeat. They scored four of the 28 shots they took in the game. Opponents have recorded 252 power play chances (9th in the NHL) and converted them into 52 goals.

Mike Smith will be the goalie patrolling the crease. Mike Smith has made 335 quality starts throughout his pro career and his proportion of quality starts is at .534. In 38,260 minutes on ice, he has a save percentage of .912. Smith has faced 19,589 shots throughout his NHL career and has made 17,869 saves. Smith’s NHL career has seen him face 1,720 goals and have a goals against average of 2.70. Smith has a career record of 299-263-78 and he has appeared in 627 starts. Smith has played 670 hockey games during his career.

In Game 5, the Kings had five power play chances and scored only one goal from them. The Kings scored five goals out of the 43 shots they attempted. During NHL season 21/22, the Los Angeles Kings have 235 goals and 99 points, while their goal percentage is .604. They’ve given up a total of 232 goals, with 179 scored at even strength and 53 while down a man. The Kings have scored 195 even strength goals and 40 power play goals (25th in the NHL) this season. They’ve had a total of 248 power play chances, with a 16.13% success rate. The Los Angeles Kings have attempted 2,865 shots this season (5th in the NBA) and have a shot rate of 8.20 percent, while allowing their opponents 2,341 attempts.

On their opponents’ 227 power play opportunities, they have a penalty kill percentage of 76.65 percent and a save percentage of 90.1%. Jonathan Quick is the goaltender for the Los Angeles Kings. With over 17,489 saves out of 19,162 shots faced he has recorded an incredible rate saving rate of .913. The goalie has a record of 359-262-78 and has appeared in 712 NHL games. He’s been named to the lineup in 702 matches and skated 41,517 minutes. Quick has a 54 percent quality start rate in his professional career. The opposition is averaging 2.42 goals per game, and he has given up 1,673 goals in total.