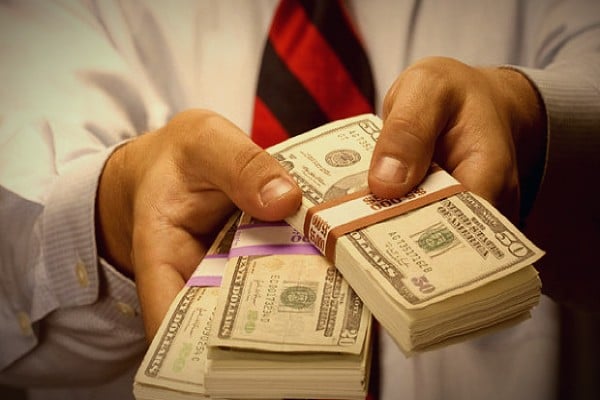 The world’s top 10 highest paid athletes made a combined $992 million in the last year, according to Forbes‘ estimates. The revenue decline of 6% from 2021 is not surprising, as it was directly attributable to McGregor’s enormous $180 million total last year. The sale of his Irish whiskey business, Proper No. Twelve, netted him an estimated $150 million in 2021. McGregor has fallen out of the top ten. However, he will appear in the full ranking of the 50 highest paid athletes for 2022 by end of the year.

This year’s overall sum is the third highest ever, behind 2021’s $1.05 billion and 2018’s $1.06 billion total. Back then McGregor elevated the result once again with his super fight against Floyd Mayweather. The cutoff to make the top ten this year is $80.9 million, set by Milwaukee Bucks star Giannis Antetokounmpo.

That’s an 8 percent increase from 2021’s $75 million and a 24 percent rise from 2019’s $65.4 million, the previous high. Top earning athletes made an estimated $500 million off the field. It includes endorsements, public appearances, memorabilia and licensing fees, as well as money generated from their businesses and equity stakes sold. It’s little changed from last year’s record $512 million.

The inclusion of cryptocurrency and NFT platforms to sports marketing promotions helped to offset the loss of McGregor’s large pay from last year. In March, Messi inked a $20 million a year contract with Socios. Socios is a “fan engagement” app that is based on blockchain technology. The Golden State Warriors’ Stephen Curry and the Tampa Bay Buccaneers’ Tom Brady have teamed up with cryptocurrency exchange FTX. And LeBron James and the Brooklyn Nets’ Kevin Durant have partnered with Crypto.com and Coinbase, to name a few.

Giannis Antetokounmpo is the only player on this year’s top ten list to be under the age of 30. The Milwaukee Bucks’ two-time MVP inked a five-year, $228 million contract in December 2020. And it’s made him the NBA’s highest paid player. He was one of WatchBox’s $165 million Series F investment round participants, which was announced in November. He’s also inked a licensing agreement with NFT platform NFTSTAR. In addition to that he’s added WhatsApp and Google’s Pixel 6 smartphone to his endorsement collection. And Antetokounmpo will be able to see himself in the biopic Rise. The movie is to premiere on Disney Plus in June.

NONE of the active athletes promote any kind of sports betting. However if you are interested in sportsbook bonuses do not hesitate to check our list of recommended sportsbooks.

Brady’s retirement lasted just six weeks. And it was good news for the Tampa Bay Buccaneers after he put up a stunning 2021 season at age 43. Off the field, he’s picking up some new skills. Brady cofounded Autograph, a NFT platform that raised $170 million in a Series B funding round announced in January. In March, Religion of Sports, the production company he cofounded with Pro Football Hall of Famer Michael Strahan and the filmmaker Gotham Chopra, and Skydance Sports revealed a content deal.

Meanwhile, 199 Productions is behind the upcoming road-trip film 80 for Brady, and he has a new clothing line called BRADY. When it’s finally time for Brady to hang up his cleats for good, he’ll already have a new lucrative position ready. He has already landed a commentator job with Fox Sports. Over ten seasons, that contract is about to pay him more than he has earned on the field during his 22-year NFL career. It’s about about $375 million.

Canelo Alvarez is the most lucrative fighter in boxing, having made $40 million or more from his two pay-per-view victories last May and November. His defeat to light-heavyweight champion Dmitry Bivol on May 7, 2022, fell outside the tracking window for this list. Alvarez has a lucrative deal with Hennessy and owns a taco restaurant in Mexico, with plans to expand to California. Alvarez said a year ago that he would start a chain of gas stations, and his Canelo Promotions is organizing fights in Mexico with Matchroom Boxing and DAZN.

Injuries kept Roger Federer out of action for combined six tournaments in 2020 and 2021, and he has yet to play tennis again in 2022. Regardless of whether Roger Federer keeps his title as the world’s best player, he is still the most in-demand pitchman in sports. He promotes companies such as Uniqlo and Rolex, no matter what happens. He also backed the expanding Swiss shoe brand On in 2019. It raised over $600 million through an IPO when it went public. We collaborate closely on product design. Federer said that, having spent 20 days in the lab with the On crew developing the company’s professional tennis shoe.

Kevin Durant, a Brooklyn Nets star, earns approximately $28 million per year from Nike, which is the second largest sneaker deal behind only LeBron James’ ($32 million). He’s expanded his business empire far beyond product endorsements recently, including partnerships with Coinbase, NBA Top Shot, and Weedmaps. With media company Boardroom and investment firm Thirty Five Ventures, his business empire extends far beyond advertising partners. He has invested in a number of companies, including the NFT platform OpenSea and digital fitness firm Future. He is also involved in SeatGeek’s SPAC merger. Durant and Rich Kleiman, his longtime business partner, also announced last year the opening of a SPAC of their own.

The Golden State Warriors guard is due for a raise after signing a four-year, $215 million contract last August, and no NBA player made more money this season than Curry. Next season, he’ll make roughly $48 million on the court, with a career-high of around $60 million in 2025-26. In December, Curry made his official entrance into blockchain industry with an equity stake. And he dove further into blockchain by releasing a collection of NFTs that were linked to his shoes and operated on three metaverse platforms. In a released statement, Curry said he would give the money to charity. Meanwhile, in September, Unanimous Media, Curry’s production company, signed a development agreement with Comcast NBCUniversal.

Neymar reached the milestone of 400 career goals in November. But he was also hurt by criticism after PSG’s early Champions League exit. His attention will now turn to the 2022 World Cup in Qatar, which he has said may be his last. He has important endorsements from Puma and Red Bull off the field, and he is the focus of a Netflix docuseries about him called Neymar: The Perfect Chaos. He has also dived into the world of NFTs, signing with NFTSTAR in November and buying two Bored Ape Yacht Club NFTs in one day in January for over $1 million.

Cristiano Ronaldo has had a difficult first season with Manchester United, as the team is currently in sixth position in the Premier League table with one game left. According to rumors, Ronaldo, who formerly played for Manchester United from 2003 to 2009, is once again on the move later this summer. The majority of Ronaldo’s income comes from his vast social media presence. He has 690 million followers on Instagram, Facebook, and Twitter, allowing him to negotiate sky-high sponsorship deals with companies like Nike, Herbalife, and Clear shampoo. He is also a stakeholder in Tatel restaurants, which include a new location in Beverly Hills, and he’s the face of ZujuGP, a forthcoming app that aims to be a digital football community.

LeBron James’ Los Angeles Lakers failed to make the playoffs for the first time in his career, but he’s never been more dominant. He appeared in last year’s Space Jam: A New Legacy, and his talk show, The Shop, recently moved from HBO to YouTube. In October, he sold a big stake in SpringHill for around $725 million, boosting his net worth to $850 million, according to Forbes’ calculations. James appeared in a Super Bowl commercial next to a computer-generated version of his younger self, after announcing an endorsement deal with Crypto.com in January. He’s also a major investor in the home health-tech firm Tonal and StatusPRO, a sports technology startup that creates virtual reality training software.

Messi’s $20 million-a-year agreement with Socios adds to a line of endorsements that includes Adidas, Budweiser, and PepsiCo. He also became Hard Rock International’s first athlete brand ambassador in a deal announced last June. It helped Messi catch up with Manchester United’s Cristiano Ronaldo for the first time since 2013 with his off-field earnings. Lionel Messi won the Ballon d’Or in 2021 as the world’s best male soccer player, but he has had a harder time on the field recently. He just scored nine goals in 32 matches for Paris Saint-Germain, after scoring 38 goals in 47 appearances for Barcelona during his last campaign. While PSG failed to advance into the Champions League’s Round of 16, the club claimed the French Ligue 1 title in Messi’s debut season.