How can I bet on NBA in Canada? 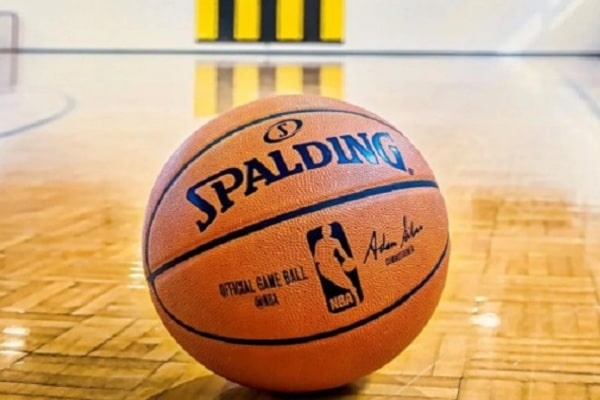 The success of the Toronto Raptors (who went on to win their first NBA championship title in 2019), the globalization of the National Basketball Association, and the exposure to the game’s top players have all aided in the game’s growth in Canada. In Canada, the demand for high-quality NBA games betting sites is clear as basketball continues to grow in popularity. The NBA is one of the most entertaining leagues to wager on, with an up-and-down pace and unrivaled intensity on every attempt. We explain you how to bet on NBA and what the most common wagers are.

It’s a TV sport you can’t look away from, and it caters to online sports betting fans all around the world. During the NBA season, there are plenty of basketball betting alternatives. There are several matchups on the board, allowing bettors to wager on their favorite teams as well as watch the big games on TV every night. Gamblers always want to know where and how to bet on NBA. In Canada, there are several internet sports betting sites that provide NBA odds and basketball betting. We’ve compiled a list of the top NBA betting sites on our site, before moving on to more betting information and NBA betting advice.

Where Can I Bet on NBA?

There are many online sportsbooks, but only a handful are among the best NBA betting sites. Sports Interaction is a wonderful place to bet on NBA regular season. They have a large range of pre-match markets, a beautiful website, and some of the greatest NBA odds in Canada. The bookmakers have years of expertise in serving the Canadian market and know what to provide Canadians seeking for NBA games. They provide a fantastic live betting platform that allows for a lot of NBA championship basketball betting action on each game. You’ll also enjoy wagering on their mobile website.

What Are the Most Common NBA Bets?

There is a lot of activity in an NBA game, and it’s important to keep up with all of it when you’re betting on basketball. Don’t worry, we’ve got you covered. We’ll show you how to make the most of your betting picks and win more money! Basketball has a large betting market, much like most major sports. The moneyline, point spread, and Over/Under totals are the most common types of NBA bet.

One of the most frequent types of NBA bets on NBA games is point spread. The spread is a handicap, and it’s used to balance out the two teams playing. The favourite and underdog are distinguished by their negative and positive symbols. For instance if Dallas Mavericks are a -5.5-point favourite, they must win by 5.5 points to cover the spread. The underdog, let’s say Chicago Bulls can erase the spread by winning or losing by less than 5.5 points.

The majority of point spreads have odds of -110 on both bets. In the NBA regular season, the range of point spreads is large, ranging from a single point to more than 20 points. However, because most point spreads are single-digit disadvantages, they are quite comparable to the NFL. However, alternative point spreads are also available. Spreads may provide you with extra juice on an underdog or a few more points on a favourite.

Betting on the Moneyline is probably the most straightforward and basic betting market accessible. All you have to do is to choose between the two teams and bet on the game outright. Sportsbooks generate moneyline odds for a game based on each team’s expected probability of winning.

Over/under bets on the NBA Game Totals or Over/Under Betting are made over points scored in an NBA basketball game. For this example, we’ll set the game total to 219.5. You would bet on the under if you wager on Utah Jazz or Washington Wizards scoring fewer points than 219.5 together.

It’s irrelevant who scores the points or how they’re obtained. You win your bet as long as the total points scored add up to less than the game total line, whether Memphis Grizzlies win 110-109 or San Antonio Spurs win 218-1. When you wager on the over, the opposite is true. In some NBA games, a game total is determined at a whole number. If the line is set at 219.0 rather than 219.5, there’s a chance for a push. If the two teams’ combined score at the end of the game is equal to 219, the wager is a push and the stake of your bet slip is returned or invalidated on a parlay.

Betting on the first team to reach 15 points, the total number of three-pointers made by a team, or a player’s combine points, rebounds, and assists are just a few examples of game and player props. Sports bettors can also bet on over/under number of points scored in a single game by Kevin Durant, James Harden or Kyrie Irving.

Futures in the NBA are not based on a single game; they’re concerned with the season as a whole. These bets cover a wide range of events, including the NBA Championship winner, Eastern and Western Conference champions, and NBA finals. Futures also cover bets on players’ particular honours, such as NBA MVP and Rookie of the Year. When comparing preseason futures to midseason futures NBA current odds, you may notice significant differences in who the favourites are.