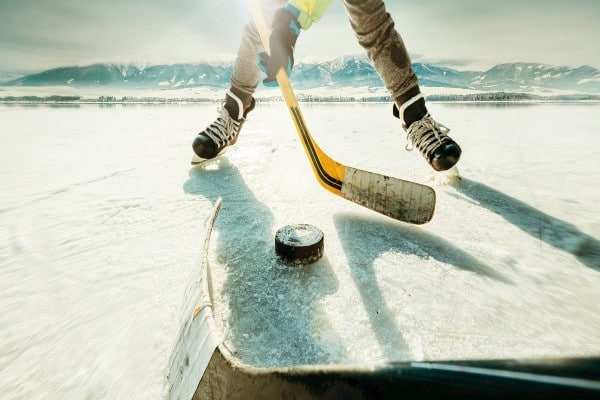 Ice hockey in Canada has long been one of the most popular sports. The reasons behind it are plentiful, action, speed, emotions and loyal fans to name a few. Tens of thousands go to watch their favourite teams compete for the W regardless of whether the team plays in the National Hockey League or in a College league.

Ice hockey as a sport has seen huge developments since its inception, today, players are exceptionally quick and technical with the puck while they’re at the same bigger and stronger than ever before.

If we were to take a look not too far back in time, goalies didn’t use helmets for protection, nor did the outfield players. The stick that was used was fully composed of wood without extra features in comparison to today’s advanced composite hockey stick with curved blades and more.

Although many people say that the home of ice hockey is Canada, many other countries have adopted the sport. It goes without saying that the other countries are as well mostly northern. Ice is required and keeping the rink in a good shape in higher temperatures is very costly.

However, only a few are in the scope for players looking to play with the best. Worldwide, the NHL – National Hockey League, is considered the best. Players from all nations strive to take a place in one of the teams.

The second best is the KHL – Kontinental Hockey League. Russia is the home of current and past top-level players like Evgeny Malkin, Alexander Ovechkin and Pavel Datsyuk. With all the money that’s in the country, salaries are higher for the best players than in the NHL.

When looking at different hockey leagues in Europe, it’s very common to see Canadians in the squad. Many have gone over the pond to try their luck in European countries instead.

Sports betting and ice hockey go hand in hand for many. The sport is an Olympic sport and the competition to reach the gold medal game is always tough. There’s also the World Championship taking place every year with a new winner as well as the famous Stanley Cup.

Punters looking for their next scalp have many options when hunting for odds, you can play outright – Who will win the Stanley Cup? Or you may bet on the next game that your team plays. Live markets are also plentiful if you are watching the game as it takes place. You’ll come across several markets to place wagers on, a few include Match winner, Number of goals, Player to score, Asian Handicap and much more.

A good idea if you’re looking to get into betting but haven’t really found your niche yet is to take advantage of a sports betting bonus. At www.ibetnetwork.com, we list the best welcome bonuses for sports in Canada to make things easier for you.

Worth Keeping In Mind

When thinking about betting on ice hockey some things are worth keeping in mind. Knowing the rules of the sports is obviously an advantage, however, we won’t go through them here. Distinguished sportsbooks such as Betway Canada even offers a section for players to inform them about different betting markets.

Ice hockey leagues such as the NHL are active for about half a year including playoffs. It means that loads of games will be played and that players might get injured. It also means that rookies might develop during a season and make a team better.

A team is composed of about 20-22 players, of these, the best players normally get more time on the ice. Make sure to check the roaster before a game to learn about current injuries or changes in the lineup as it can have a great impact on the outcome of a game.

Great goaltending is also vital for a team’s success. Just like regular people, goalies and players can have a bad day on the job. Make sure to check statistics and related things before betting on the outcome of a game. It prevents you from shooting in the dark.

A good way to always keep yourself informed is by joining a fantasy league with friends. This way, keeping up with the latest scores and stats becomes fun and a type of competition, good luck!