Is Ryan Garcia About to Become the Next Boxing Superstar? 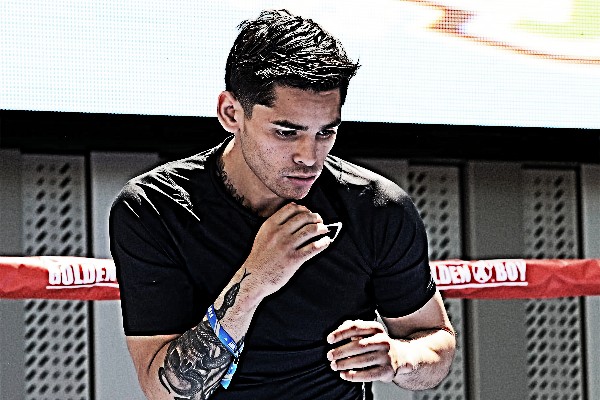 The future of boxing could be in the hands of a budding star like Ryan Garcia, or at least that’s the dream. However, he is also perhaps boxing’s most divisive celebrity. And his return last Saturday night proved it. Ryan Garcia, the Golden Boy lightweight prospect/superstar, returned to action after a lengthy layoff on Saturday night, and few fighters in recent memory have been as hotly contested as he is. He is a brat to some, a kid who has capitalized on social media to build himself a larger reputation than his in-ring accomplishments merit.

Stardom — that is, the capacity to sell tickets and demand money from broadcast platforms — comes with hefty paydays. Over his salary and the manner he felt he was being treated by Golden Boy, Garcia has had a number of quarrels with the promoter. That has also been a topic of debate for both critics and fans. Some feel that Garcia is right to for what he believes he is worth, especially given the fact that he is worth more than just about anybody with his level of opposition thus far as a professional.

Some people believe he is unwilling to work for it the “traditional” way. Both of these viewpoints have some validity. It is no surprise that the company’s strength was broken by Canelo Alvarez, who had remained its pillar for a long time. When he had his own nasty split with Golden Boy in 2020, it put the business in a difficult position. It’s a business built on sticking close to superstars since 15 years ago, when Oscar De La Hoya split away from Bob Arum and Top Rank.

Ryan Garcia the Next Top Seller?

Ryan Garcia had amassed a substantial following on social media before most boxing enthusiasts were familiar with him. It’s a new day, and let’s face it, boxing promoters are terrible at keeping up with the times. It’s something that the UFC did extremely well in terms of breaking through in popularity. In many cases, this is also the case for the fan base. However, that doesn’t imply that all of Garcia’s criticisms are without foundation. He hasn’t been truly opposed in the past, other than by Campbell in the second round.

When he charged back to stop the Brit in the seventh round on Jan. 2, 2021, there were at least a few individuals who shifted their attention to him. “Certainly,” they agreed. “Ryan Garcia is a fighter.” But as quickly as it appeared, it vanished from his headlines in the months to come. First, he refused to defend the WBC lightweight title against Devin Haney after winning the interim belt over Campbell. Then, citing mental health concerns, he postponed a July fight with Javier Fortuna.

What Will Future Bring for Garcia?

Garcia has the potential. He has the celebrity credentials. And he’s now at a place where he’s headlined long enough that people have come to expect more from him. Saturday night fever wasn’t the test. But it was a comeback, and hopefully, a step toward facing someone stronger. Maybe the winner of Kambosos vs. Haney. Perhaps Tank Davis, who is under contract with Mayweather Promotions, which will expire soon, allowing him to fight the bout many people want to see.