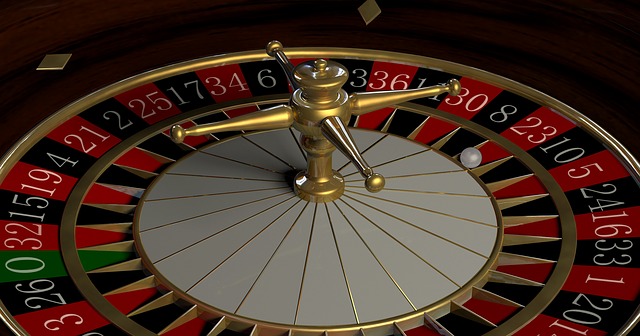 Millions of gamers are drawn to roulette odds by the promise of quick and easy earnings if only their lucky number appears on the next ball toss. The principles of roulette are simple to understand. However many new players overlook this one crucial notion. The easier a casino game is, the greater the house advantage over those who play it. The same can be said for the alluring game of chance known as roulette.

Although the game does not require players to be mathematical geniuses, they won’t win in the long run. Unless they have a thorough comprehension of concepts such as odds and probability. There is no foolproof technique for a roulette player to predict which number will be the winning number on the next spin. But having a rudimentary understanding of chances and probability can help you make better decisions about your bets. Keep reading for a quick overview of how chances and probabilities apply to roulette.

The Probability Concept in Roulette

Before you risk your own money and play your first real-money roulette bets, you should have a rudimentary understanding of what probability is. In general, this phrase is used to describe the probability of a random event occurring. The probability is given in fractions or as a percentage.

The chance of a random event occurring can be displayed on a line with a value ranging from 0 to 1, for example 0 1/2 1. We have 0 on the left, indicating that the random occurrence is impossible and hence will never occur. The chances of the event occurring are equal or 12 near the midpoint of the probability line. We have 1 on the right, which indicates that the random event is extremely likely to occur.

The probability of winning with certain bet types in roulette is quite simple to calculate. Depending on whether one is playing on a single-zero or double-zero wheel, there are either 37 or 38 possible outcomes per single spin. Because the outcomes of roulette games are completely random, there are only two conceivable outcomes for the players: win or lose.

As you may be aware, when flipping a coin, there are only two possible outcomes: heads or tails. Its chances of landing on one of the two sides are nearly equal. We’d do the following calculation using the formula above: Heads Probability = 1 / 1 + 1 = 0.50. We may translate this value to a percentage by multiplying by 100, which gives us 50%.

Let’s use the calculation to learn how likely it is that a Split bet in roulette will result in a payment. Split bets cover only two adjacent numbers on the layout. So there are only two ways to win out of 37 possible outcomes. Unless you’re playing on a single-zero European wheel.

The greater the number of outcomes covered by a single wager, the better your chances of winning. Let’s say you want to try your hand at one of the more unusual roulette bets, such as Voisin du Zero, which covers a sequence of seventeen random numbers on the single-zero wheel. You are now covering nearly half of the wheel with one bet. Thus the likelihood of getting one of these winning numbers is 45.94 percent, or 17 / (17 + 20) x 100. As you can undoubtedly see, calculating the odds of winning with various roulette bet types does not necessitate extensive mathematical understanding.

Roulette Bets and Their Odds

The regulations at casino tables are set up in such a way that the house has an edge. As a result, learning how to assess the odds of winning with each sort of stake is critical for roulette players.

Some individuals mistakenly believe that the phrases “odds” and “probability” can be interchanged. However they cannot because they refer to two separate concepts. If you don’t know what “odds” means, it’s the ratio of the number of ways to win to the number of ways to lose. Odds, unlike probability, are never expressed in percentages and are usually presented as a pair of integers.

The probability of a random occurrence, such as a die throw or a roulette spin, is represented by the odds. You must first determine the probability of a certain roulette bet in order to calculate the probabilities of winning. Then you can use the formula below: Winning Odds = Winning Probability / (1 – Winning Probability). The calculation will be as follows if we use the coin flip example from above: 1 / 1 = 0.5 / (1 – 0.5) = 1 / 1, often known as 1 to 1. In this situation, the odds are even.

How to Calculate Probability and Odds

However, dividing the number of ways to win by the number of ways to lose is an easier way to figure out the odds of winning with roulette bets. There is only one winning number and 36 numbers that result in a loss. Thus the odds for winning with a Straight Up wager on 32 Red would be stated as Odds for Winning = 1/36 or 1 to 36. As you can see, probability varies from odds in that it is the probability of one of 37 possible possibilities. Similarly, with the Split bet from the previous example, the odds of winning are 2 to 35 or 2/35.

Gambling establishments typically utilise these reversed odds to list the payoff of winning bets. The house offers a higher return when the chances of winning with a given roulette stake are low. This is because, in the majority of casino games, including roulette, players are effectively competing against the house. As a result, the house is betting against its customers, and the odds paid are against the player winning, resulting in an inverted ratio. In the section that follows, you will be able to read more specific information about the house odds.

There is always a gap between the mathematical chance of winning with your bets and the ratio at which these bets are paid in casino games. In the long run, it is precisely this difference between genuine winning odds and casino odds that provides the house an advantage over players.

The payout odds on wagers for each game are set in such a way that the casino may profit from each wager you place. This house advantage is expressed in percentages. It indicates the casino’s overall return over time or the average percentage that players will lose in the long run. The casino, as a commercial enterprise, requires a profit margin to pay the costs of hosting the games. The main fact is that this edge, no matter how little, can eat into one’s bankroll over time.

The house edge for different bet types varies dramatically in several games of chance, such as craps. With the exception of the Five-Number bet, this is not the case with roulette, where the edge remains constant. The latter is only possible in double-zero games and provides the house a 7.89 percent edge.

Because there is only one zero pocket on the wheel in European roulette, the house edge is substantially lower, hence the computation is as follows:

In other words, for every $1,000 wagered on European roulette, players will lose $27 on average. Please keep in mind that such losses may only be expected over long periods of time and tens of thousands of spins. Everything is possible in the short run. And therefore players who gamble on roulette recreationally for a day or two can undoubtedly come out ahead.

On a single-zero wheel, the chances against winning a Corner bet (which covers four adjacent numbers on the layout) are 33 to 4, but the casino only pays 32 to 4, meaning the house keeps a one-unit profit on all winning Corner bets.

The casino will profit two units on such bets in American roulette with two zeros on the wheel. Because the odds against winning increased from to 34 to 4, but the payout odds remain 32 to 4.

There is no escaping the house edge in games of chance like roulette. The more you play, the more you lose in the long term. As a result, the roulette variant one chooses has a significant impact on their total, long-term profitability. Playing on single-zero wheels makes sense. Especially if the La Partage or En Prison Rules are in force, as they reduce the casino advantage to 1.36 percent.

Some players make the error of grouping two or more consecutive roulette outcomes together. They assume that prior winning numbers influence the outcome of subsequent spins. Because the ball hasn’t fallen on a red pocket in a while, such players may wrongly estimate the probability of red showing up next is higher if they see black four times in a row.

The truth is that this line of reasoning is erroneous since the probability of winning with any particular number is always the same, regardless of how many times that number has won in a succession. However, the aggregate probability of winning with a specific roulette bet can be calculated two, three, or more times in a row. To show how it’s done, we’ll use the Straight Up bet on 9 Red in European roulette as an example.

Chances of Winning Three in a Row

On any given spin, the probability of winning with 9 Red is always 1/37. However, winning three, four, or more times in a row with the same individual number is clearly unusual. As you can see, hitting the same number three times in a row has a chance of 1 in 50,653.

This translates to a 0.0019 percent chance of winning three times in a row with the same number. It’s worth noting that self-repeating roulette outcomes aren’t uncommon. A number is more likely to repeat itself once every 37 tosses of the ball. And that means 9 Red is more likely to hit twice per hour. The number’s consecutive repeat is an unusual occurrence.

How to Work Out the Odds for Streaks

If Red has hit three times in a row, the odds of Black showing up next are 18/37. The same holds true if Red hits on the fourth spin. In reality, this is true for any even-money bet, such as High/Low, Red/Black, or Odd/Even. As the chance of any of these events on a single-zero wheel is always 18/37. It makes little difference what happened in the preceding spin.

How Does Odds Calculation Work?

With even-money bets, the possibility of a winning streak is computed in the same manner as individual numbers winning numerous times in a row is calculated. In other words, the individual probabilities of the outcome must be multiplied. The probability of having a good streak with Black by winning three times in a row is equivalent to 18/37 x 18/37 x 18/37 = 5832/50653 = 1/8.68. As a result, a streak like this happens once every eight and a half tosses of the ball.