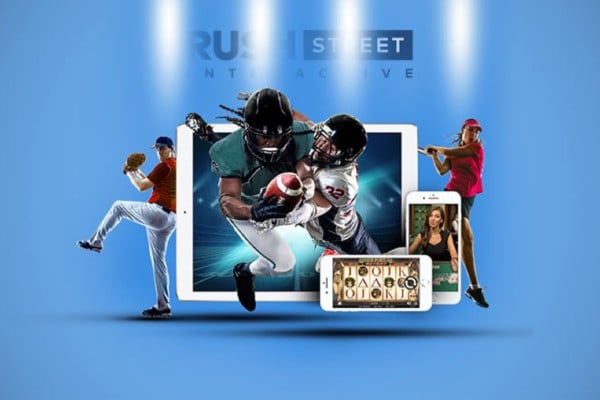 On March 10, 2022, Rush Street Interactive, a leading online gaming and sports betting business, announced that it would be joining Ontario’s new and regulated iGaming sector. The Alcohol and Gaming Commission of Ontario has granted Rush Street and BetRivers a gaming Ontario license to become a legal iGaming provider in the market, which opens up in less than a month.

The province’s market is about to launch April 4, 2022. It would enable authorized gaming brands to provide their online gaming and sports betting services to the local player base in a lawful way. Everyone expects to see a lot of competition. Several industry-leading operators have already obtained the license and are preparing to compete.

Now that Rush Street Interactive has been granted regulatory approval to operate in Ontario’s iGaming and sports betting sector. Therefore it will be able to provide its innovative BetRivers online casino and sportsbook to the province. After the launch, the company and other licensed operators will be able to do so right away. Richard Schwartz, the company’s CEO, commented that the acquisition of an Ontario gaming license is a major milestone for the firm.

It shows, according to him, the firm’s dedication to operating in regulated markets. They are eager to pay local taxes and thankful for the AGCO’s trust. With all of these efforts, we’re now getting closer to launching our BetRivers real-money online casino and sportsbook in the province he added. In his own words, they would offer distinctive betting alternatives. This includes such as company’s peer-to-peer slot tournaments and same game parlays. They also provide quick payouts, and excellent client service to the millions of gamblers in the province.

The online casino is now up and running in Ontario through its free-to-play social gaming platform CASINO4Fun on BetRivers.ca. Mr. Schwartz said that their free-to-play social gaming service has received a lot of interest. Local gamblers seem to like the option. Therefore the company is now excited to bring similarly amusing and responsible gambling products in a real-money format this spring.

Who Else Obtained a License?

One of the US largest slot providers, High 5 Games, has also announced that it has been granted regulatory approval. Hence they will join the market as a licensed brand. The firm already operates in the land-based sector. They have provided products to customers for years. And beginning from April, bettors from Ontario will be able to wager on them via the internet. Tiidal Gaming Group is another gaming leader attempting to obtain one of the Ontario licenses.

The world’s most popular eSports and gaming platform has announced that its application to become a regulated supplier has been submitted. The firm, if licensed, would have the ability to provide other authorized sportsbook businesses with AI-powered eSports betting solutions through Sportsflare’s technology division.