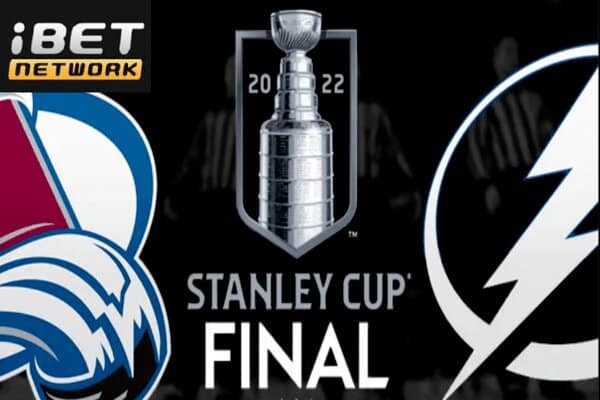 The Stanley Cup final participants have finally been announced. The Tampa Bay Lightning has reached the 2022 Stanley Cup final for the third consecutive season. This time, they’re up against the Colorado Avalanche, a team that dominated the Western Conference final series against Edmonton Oilers and has looked great throughout the season.

The 21-22 season was the first season in three years where all teams played a full 82-game regular season without interruptions due to the Coronavirus. Fans were allowed in the arenas and players could once again compete as done in the past.

Finally, the stage has been set. Will Tampa come out victorious for the third season in a row or will the fans get to see new champions taking home the Stanley Cup? We’re about to find out as the teams prepare for this year’s Stanley Cup finals.

Tampa’s Road to the Finals

The Tampa Bay Lightning has had great success during the last seasons, winning the cup two years in a row. This season saw them ending in 5th place in the Eastern Conference. Coming into the Stanley Cup playoffs, they were not favourites. However, keeping the last two seasons in mind, no one had counted them out either.

Tampa took on the Toronto Maple Leafs in the Eastern Conference quarterfinals, a series filled with thrills. It lasted the full seven games with the two teams winning every other game until the last game where Tampa won with a one-goal margin.

After a thrilling start to the playoff games, the Florida Panthers were next. The Panthers had dominated the season and won the Eastern Conference with a 12-point margin over Tampa Bay. This time, Tampa sweeped the Panthers in four games beating the best team of the regular season.

As their final opponents before the Finals, they also faced off again the New York Rangers. The Eastern Conference final started out poorly for Tampa who lost the two initial games at Madison Square Garden. But luckily enough, they came back at home with hard skating and dedication winning four games in a row! In these four games, they conceded only 5 goals, an average of 1.2 per game, thanks to a brilliant Andrei Vasilevskiy in the net.

The Colorado Avalanche has had a great season this year. They managed to win the Western Conference in the regular season and have now kept their good form in the Stanley Cup playoffs. With the great season they had, many hockey fans believed that they would do some damage in the playoffs.

Starting out, they went up against the Nashville Predators that finished in 8th place in the Western Conference. The opening round saw Colorado dominate with a total score of 21-9 in four games. A 4 game clean sweep in the first round was a success, but not too surprising with the regular season in mind.

Next up, the St. Louis Blues. St. Louis had played a good season, ending in 4th place in the Western Conference, 10 points behind Colorado. Their first playoff games against the 2nd placed Minnesota Wild saw them winning 4 games to 2. Fans expected some excitement in the series between the two teams. Colorado managed to beat the Blues in 6 games, with two games reaching overtime.

Lastly, was the Western Conference final against the Edmonton Oilers. The Oilers had been convincing in the playoff with Connor MacDavid and Leon Draisaitl dominating the ice. Both players averaged over 2.00 points per game in the 2022 Stanley Cup playoffs! The Avalanche, however, were not impressed. The Western Conference finals ended with an incredible amount of goals, but it was all finished within the span of 4 games as Colorado never lost a game although conceding 6 goals in a game.

Just to point out, the four-game sweep saw both teams score a total of 35 goals! That’s 8.75 goals per game. Colorado scored 4 or more goals every game between the two offensively-skilled teams.

Predictions for the 2022 Stanley Cup Final

Coming into the Stanley Cup final, a series played in a best of seven format, it’s hard to name a favourite to win. Sure, the Colorado Avalanche has played well throughout the season. They even had two playoff series wins of 4 to nothing, but Tampa Bay has already stirred up a mess in the playoffs. And keep in mind, they are the current Cup holders for the past two seasons.

Colorado has scored an average of 4.65 per game during the playoffs. Keeping the numbers down will be vital for Tampa Bay to stand a chance here. The Bolts have an average of 3.06 goals scored per game. On the other hand, they’ve allowed fewer goals than Colorado and Vasilevskiy has only kept on growing during the tournament.

It’s hard to name a winner, but if we have to pick one, we’ll go with the Avs. Why? Simply, because no team has been successful in winning three Stanley Cup titles in a row since 1983 when the New York Islanders had an incredible dynasty.

If we take a look at the highest point-per-game players of the Stanley Cup playoffs so far, Tampa Bay Lightning only has 1 player, Nikita Kucherov, in the top 30. Colorado has 5 players to look out for. The question is, will they manage to score against Vasilevskiy or will he shut them down?

Players To Look Out For

We’ve mentioned some of the high-profile players from the playoffs. Winning the Stanley Cup demands consecutiveness, and that’s something that Andrei Vasilevskiy has shown all season. He won the most points for his team during the regular season and has stepped up to another level during the playoffs. Netting behind him will be the main task for Colorado’s skaters.

Mikko Rantanen, Nathan MacKinnon, Gabriel Landeskog, Nazem Kadir and Cale Makar all had an average of over 1.00 points per game during the regular season. The key to winning is getting them to produce against Tampa as well.

The Tampa Bay Lightning, on the other hand, only had three players averaging over 1 point per game, Steven Stamkos, Victor Hedman and Nikita Kucherov. Kucherov who only played 47 games during the season but still managed to put 25 goals and 44 assists in the bag.

Many Stanley Cup playoff games have been memorable, to say the least. But going into this one, we look back at three playoff series that we think are amongst the best ones in history. Final series that engaged hockey fans and offered some great excitement.

Before the final 7 games started, we had two teams looking to end their droughts. The Canucks never won the Cup, despite the fact that they had been formed about 40 years prior to the games. The Bruins, on the other hand, hadn’t won since 1972. So, it was with great emotion the two teams went into the final stage of the playoffs.

The Canucks edged out the first two games by scoring late goals, game one saw just one goal – the game-winning goal. With 2 games in front and emotions boiling over we saw some infamous scenes when Alexandre Burrows bit an opposing player. A bite that got the Bruins into another gear. The following games ended 12-1 in total for Boston.

Vancouver came back with another 1-0 win with a game-winning goal in the third period. It didn’t stop the Bruins though, they came back with fury and tested the boundaries of sportsmanship. A 5-2 win took the series to game seven where they won 4-0 and took come home the cup.

The Canucks have been a part of several renowned playoff games, the final series against the Rangers in ’94 being one of them. Anyone re-watching the finals has to agree that it was one of the best series in hockey history.

Canuck keeper Kirk McLean showed the fans some crazy moves and had over 50 saves in the first game that Vancouver won 3-2. The Rangers did, however, win the next three games to take a comfortable lead into the fifth game in New York. Fans were ready to celebrate and witness history being made, but the Canucks had other ideas and won 6-3 after an intense game.

Vancouver won the 6th round at home, taking the finals into a seventh decisive game in New York. In the final game, the Rangers made a quick start and scored twice. In the second period, they held a 3-1 lead that lead them to win their first Stanley Cup in over 50 years.

It might not have been the best quality of a Stanley cup final ever. But when taking into account passion and engagement, it definitely qualifies. The Toronto Maple Leafs went into the finals as clear favourites.

But Detroit shocked everyone by winning the initial three games to take a 3-0 lead in the finals. Never in history had a team overturned a 3-0 disadvantage, and with game four underway, the Red Wings lead 2-0.

This changed as Toronto scored 4 more goals in the game to keep the series alive. The game saw some crazy scenes with Detroit boss Jack Adams assaulting the referee before police had to intervene.

This naturally created even more emotion and passion coming into game five. Toronto won it, as well as the next two games creating a 3-3 series. The grand finale was held at a fully packed Maple Leaf Gardens.

Detroit Red Wings had the lead going into the third period, the team were set about defending it and it worked until the relentless pressure was too much. Toronto scored to level the score and just two minutes later, Pete Langelle scored what came to be the Stanley Cup-winning goal. It was the first time in NHL history that a team had overturned a 3-0 deficit to win the Stanley Cup.

What will we remember about the 2022 Stanley Cup Finals?

Will we see the Tampa Bay Lightning lift Lord Stanley’s cup once again to make history? Or will the Colorado Avalanche win their first Stanley Cup final since 2001? The games start on the 15th of June in Colorado.

The teams will play two games each at home, starting at the Ball Arena and later travelling to Tampa Bay and the Amalie Arena. Thereafter, every other game is played at home and away, with Colorado having the home advantage should the finals last the full seven games.

The Stanley Cup playoffs this season has seen some unbelievable skill and turnarounds, we can only wait and see what the finals have in store for us fans.

If you liked this article and you want to try your luck by betting on the team you think is going to win, you can find the best sportsbook bonuses with us.