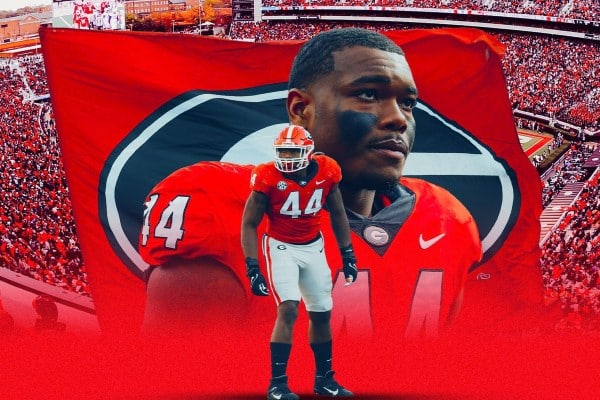 We’re sure the first startling aspect of the 2022-23 Super Bowl predictions and betting odds list is the absence of the Cincinnati Bengals and Los Angeles Rams at the top. In most sports, when two teams dominate their conferences with minimal turnover on the roster, their chances of repeating are good. In this article, we’ll look at the futures odds and make some predictions for the 2023 Super Bowl in Glendale, Arizona. Don’t forget to check our recommended list of sportsbook bonuses in Canada.

The Bengals are in a very competitive AFC this year, which is filled with top teams. The AFC is full of quarterback promises, and the Broncos have added one of the league’s top signal-callers in Russell Wilson to a well-balanced squad. The Cleveland Browns are welcoming back Deshaun Watson, who will be on a squad with one of the NFL’s top rushing attacks. Furthermore, Justin Herbert will be a year older, and Lamar Jackson will surely bounce back from an uneven season.

The Raiders got a game-breaking weapon in Devante Adams, and the always defensive solid Tennessee Titans and Bill Belichick’s Patriots can’t be counted out. The AFC’s most famous players, Josh Allen and Patrick Mahomes, are in the vanguard, so the Bengals odds make sense. We believe these odds provide a good value.

The Rams, on the other hand, will be playing in a weak NFC. The Tampa Bay Buccaneers will be a contender once more, and the always dangerous Green Bay Packers will be the third member of the three-headed monster in the NFC. It might seem like a no-brainer. However, the defending champs will have an easier path to the Super Bowl at +1000, and we think this is a good futures bet. Let’s go a little deeper into who we think has a real chance of competing for the Vince Lombardi Trophy in 2023.

Simply put, they need to win the play-offs against the Kansas City Chiefs. We’re sure that every Bills fan and member of the organisation has had that very same thought over the last several years. Tyreek Hill’s departure to Miami leaves the Bills with an opportunity that may be their best yet to win a championship.

Given the players they have, as well as the fact that they were knocked out of the playoffs in a rather unfortunate way, it’s easy to see why bookmakers have priced the Bills at such high odds. The Bills appear to be one of the safer bets to win the Super Bowl when wagering on a team, and heading into the new season, they appear to be one of the more likely teams.

Brady staged a stunning comeback to propel the Buccaneers to the top of the NFC odds board. With Chris Godwin returning from injury and Russell Gage being added, Tom Brady will once again have a lot of mouths to feed in Tampa. Despite the fact that Rob Gronkowski will never be ruled out of a mid-season return, Mike Evans will be crucial in the team’s bid to reach Super Bowl 57. With Tom Brady at the helm, the Tampa have two straight NFC Championship Games under their belt. It won’t come as a surprise to see them return for possibly Tom Brady’s last chance at a ring.

The Chiefs experienced an epic collapse in the AFC Championship Game, preventing them from making it to their third consecutive Super Bowl.nDespite their disappointing conclusion in 2022, due to Mahomes and Coach Andy Reid the Chiefs are currently in the top three for odds to win the Super Bowl. The Chiefs have been to four AFC Championship Games and two Super Bowls in their four seasons as a team, winning one. However, Mahomes threw only for 4,800 yards and won 12 games during that season which marks his worst spell.

Is there any reason to think Josh Gordon, with a full offseason and time to learn the playbook, will be a threat in 2022-23 without Hill? Gordon could be fighting for a roster spot with Mecole Hardman, Marquez Valdes-Scantling, JuJu Smith-Schuster, and Skyy Moore at the start of training camp. This demonstrates that the Chiefs are putting in the effort to replace Hill.

They have a great defense and one of the best offensive lines in the NFL plus one of the league’s top running backs. The addition of Matt Ryan, as an answer to Carson Wentz’s departure, appears to be a step forward. The Indianapolis Colts’ receiving corps could be one of the more overlooked and undervalued in the league. Pittman’s 1000-yard performance was one of the quietest in NFL history. Last season, Paris Campbell was powerful in spurts. Ashton Duhlin might be a danger, while Alec Pierce has caught the coaches’ attention so far at camp. Both of these players are powerful, swift and quick.

With the AFC totally up for grabs, the Colts could make a lot of progress over the season if they can beat up on Jacksonville and Houston to put themselves in a good playoff position next year. The key to this discussion is how much life Ryan Wilson has in his arm, and it will be the Colts’ third quarterback experiment in three years. Ryan has better odds of reaching the Super Bowl than his predecessors Phillip Rivers and Carson Wentz, as they both failed to unfold their full potential.

Yes, Aaron Rodgers will always keep the Packers competitive. However, how can the Packers replace the output of Davante Adams? Over the previous five years, Adams has been one of the league’s top receivers, showing ability to single-handedly takeover games on numerous occasions. Rodgers will need all the help he can get, because when you look at the NFC in general, Tom Brady and Matt Stafford have a lot of weapons surrounding them. With the departure of Davante Adams to the Raiders, we don’t fancy the Packers this year. Especially with identical odds as last year’s champions.

Let’s hope one of the Green Bay Packers’ draft picks in 2022 becomes a household name within the first few weeks of the season. The Cleveland Browns, Detroit Lions, Houston Texans, and Jacksonville Jaguars are the four NFL clubs that have never advanced to the Super Bowl. Without a victory, eight clubs have reached the Super Bowl at least once. The Bills and Vikings have recorded the most participations without winning a Super Bowl, as they are both 0-4 in the game. Who are you picking this year?