The CEO of BetRivers Has Big Expectations for Ontario 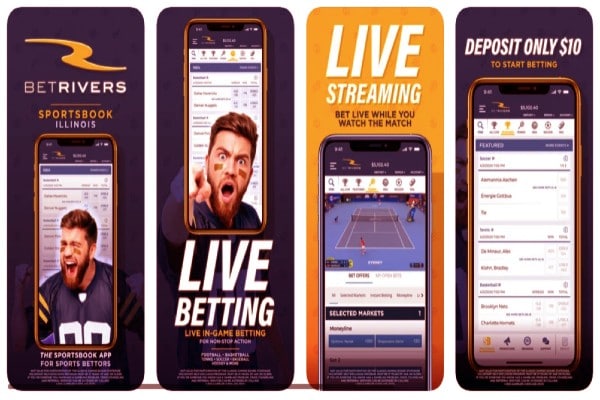 Last Monday, Ontario launched its long-awaited online gambling market, with CEO of Rush Street Interactive and Betrivers, Richard Schwartz offering his forecast and thoughts on the development. The head of the firm that was permitted to join the province’s regulated gaming sector claims that the plan will be very lucrative for the area in the long run.

The announcement that Ontario’s new and regulated online gaming market was welcomed by several gaming companies. And they had been planning to enter Canada after single-event wagering was legalized. Starting April 4, 2022, authorized gaming companies such as Rush Street Interactive and its BetRivers Ontario app can legally sell their online products in the country’s most populous province for the first time.

In his remarks, Mr. Schwartz stated that in jurisdictions where both online casinos and sports betting are legal, two thirds of the income comes from iCasino services. The CEO of the Illinois based firm acknowledges that sports betting is more exciting, but that online casinos end up generating the most tax revenue for governments. According to the company’s CEO, online casinos have a lot more options than offline casinos in order to meet its clients’ demands. He added that online casinos might be creative while sportsbooks are simply transactional engines that reflect on what occurred on the court or field, and there is no way to manufacture fun.

That is why Mr. Schwartz thinks that Ontario’s online casinos will outperform sports bets. He went on to say that since the opening of U.S. markets, the primary concern was sports betting. However many operators discover more possibilities in iGaming, it would slowly shift to that genre. He continued that despite some minor hiccups early last week, the firm had a successful launch in Ontario. The user experience is now even better because they solve those issues quickly. Mr. Schwartz said that the BetRivers app’s first week of operations produced its greatest sports wagering handle from the Masters. It accounts for 17% of the overall amount.

Furthermore, he stated that the Toronto Raptors and Blue Jays have both caught the attention of bettors. The majority of the total handle, however, came through online casino offers, with over half of it coming from slots.

This week, Ontario’s new iGaming framework has produced a lot of buzz among lawyers. According to Cameron Macdonald of Borden Ladner Gervais LLP, the province’s new gaming framework is going to provide big things. He thinks the expansion will be able to enhance capital market activity and consumer engagement. It would also raise more money for the province and create many needed employment.

PlayCanada has addressed what consumers and businesses may anticipate from the new market recently. The business has likewise stated that casino games will dominate Ontario. It’s similar to the United States, where both internet and brick-and-mortar casinos are legal. This is due to the sports’ seasonal pauses and breaks, which result in a drop in betting interest.