TheScore Bet has announced a collaboration with the Toronto Blue Jays 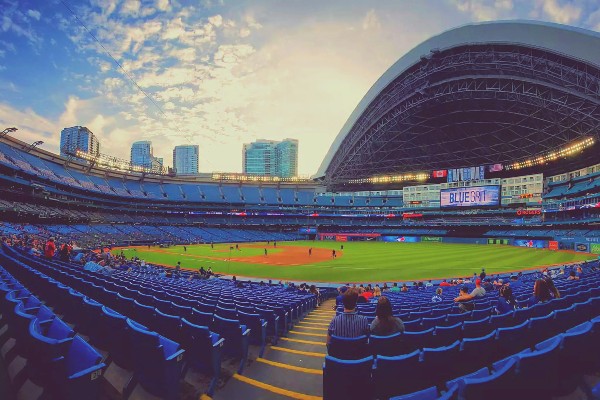 The Toronto Blue Jays have chosen theScore Bet as their exclusive gaming partner. TheScore Bet is a subsidiary of Penn National Gaming and the deal is valid for 10 years. The deal is the Blue Jays’ first gaming collaboration as well as theScore Bet’s first partnership with a professional sports team. It will give theScore Bet sole national marketing rights over sports betting, casino, online casino, and fantasy sports.

At Rogers Centre in Toronto, the Blue Jays and The Score will open a branded flagship sports bar and restaurant. And it will provide fans with an array of entertainment options. The deal also includes two premium seating sections, stadium branding and in-game functionality at Rogers Centre.

Mark Shapiro, president and Toronto Blue Jays’ president stated: “The fan experience is evolving and this monumental partnership with theScore Bet offers compelling new ways for sports enthusiasts to be a part of the game.” The goal is to reach more fans throughout Canada and the United States. Hence we are happy to be working with a Canadian business that operates at the top level of the industry and understands our role in Toronto and Canada, he added. TheScore will also be the presenting partner of the Jays Care 50/50 event. And this is a raffle that takes place during game time.

John Levy, theScore Bet’s CEO said: “TheScore Bet is proudly Canadian and we are thrilled to make Canada’s baseball team our long-term partner.” This is a crucial partnership with a team and organization. As Toronto Blue Jays are a fundamental and integral part to Canada’s sports culture. TheScoreBet is excited to partner with the Toronto baseball team. The deal opens up exciting new exclusive marketing possibilities. It brings TheScore Bet even closer to a large audience of devoted and engaged fans. It won’t only be across their platforms but also in Rogers Centre.