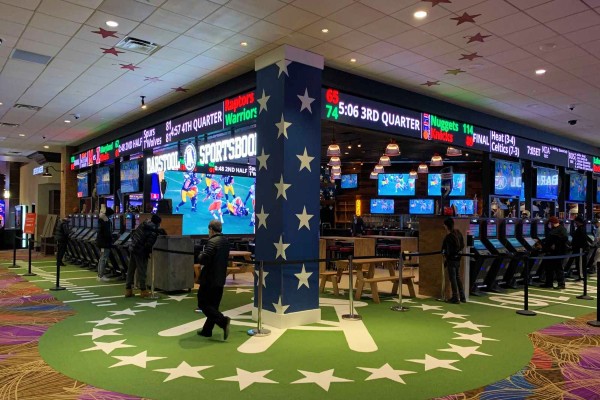 According to theScore Bet, which has posted a link on its website, the company is withdrawing the service from the US market. By this move the Toronto-based brand wants to focus on its home Canadian market. On July 1st, the company will cease all operations in the United States. Canada Day is the date to close down operations because it is “aptly timed.”

TheScore Bet was one of the first sportsbooks to open in Ontario’s regulated online gaming and betting market when it opened on April 4. And it has been praised as a leader in the industry since then.

Barstool Sportsbook Will Take Over the US Business

TheScore will redirect its efforts to boosting Ontario business. And it also plans to extend the technology road map north of the United States border. The aim is to move Barstool Sportsbook over to the company’s in-house risk and trading system soon. In August, theScore debuted its own player account management (PAM) trading and promotion engine. By the third quarter of 2023, Penn expects Barstool Sportsbook to migrate to theScore’s PAM and trading platforms.

While theScore Bet focuses on Canada, Barstool will take charge of Penn’s efforts in the United States. The change comes as no surprise. At the time of Penn National’s US$2.1 billion purchase of the Score, the company said it would seek to operate theScore independently.

theScore will no longer be operational in the United States. Thus it will be free to deploy its resources in Canada, where it is already the number-one sports media app.

theScore Has Already a Strong Footprint in Canada

It has already made significant strides, such as theScore Bet’s unique and exclusive cooperation with the Toronto Blue Jays.

This development allows us to get the most out of both brands through our organic media and gaming strategy. According to what the president and COO of theScore, Benjie Levy stated.

“Integrating theScore media app with Barstool Sportsbook is a key component of our plan. And we’re working towards it right now. Bringing theScore’s robust mobile sports media platform with Barstool Sportsbook under a unified ecosystem, powered by our in-house technology and bespoke integrations, will strengthen the overall U.S. product offering and extend its reach.”

The legalisation of sports betting in the United States allowed theScore, a Canadian-based digital media firm, to become the first media organisation to provide it. Since its debut south of the border in New Jersey three years ago, theScore has expanded into Colorado, Iowa, and Indiana.

However, starting on June 15, it will no longer take client deposits or new wagers in the United States.

“As we approach a large project this summer with the introduction of our unique risk and trading service, it’s an excellent moment to refocus our efforts on marketing Barstool Sportsbook in the United States and theScore Bet in Canada.”