Top 10 Canadian athletes of all time 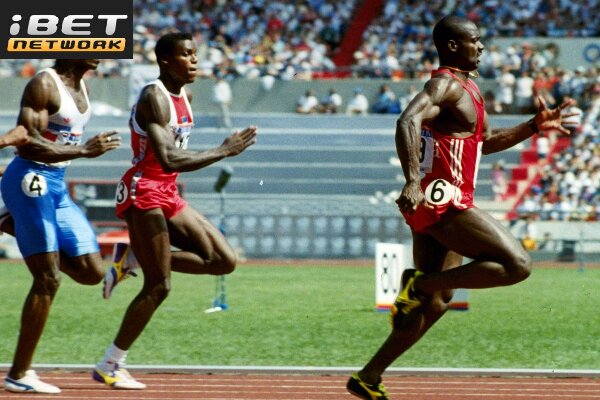 There are so many Canadian athletes that changed the sports and provided us with great moments that we will never forget. Here is our list of the Top 10 Canadian athletes of all time that we put together after a lot of blood, sweat and tears. Let us know what you think.

Even if you are not a big fan of Formula One you probably already heard the name Jacques Villeneuve at least once in your lifetime.

Jacques is considered by many as one of the greatest’s Canadian athletes of all time. He is a racing driver who won the 1997 Formula One World Championship and also won the Indianapolis 500 race in 1995.

Probably one of the most underrated Canadian athletes of all time, GSP is a legend in the world of MMA (mixed martial arts). Not only is he well known for his amazing technique and fighting style but he also increased the fame of the UFC around the world. One of many of his highest achievements was being able to defend his world title 9 times, something that only Anderson Silva and Demetrious Johnson were able to do more than him.

If you are a baseball fan you probably know who Ferguson Jenkins was. Besides being one of the best baseball players ever, Jenkins is a 3 times MLB All-star and won the 1971 Cy Young Award. He was also the 1969 NL strikeout leader making him a legend of the game.

Donovan Anthony Bailey was a sprinter that won several medals and due to his accomplishments is considered one of the best Canadian athletes of all time. Born in Jamaica, Bailey decided to represent Canada as a professional athlete. He won the gold medal in 1995 in Sweden, Gothenburg. He also won the 1994 gold medal in the Commonwealth Games. In total, he won 9 medals, 3 silver and 6 gold.

When you are talking about female sports figures that change sports you have to mention Cindy Klassen. She is the most decorated female athlete in Canada and has won a total of 6 Olympic medals and was a world champion in 2003 and 2006.

She is the only speed skater with that amount of medals making her one of the GOATs in the game.

Born in Manitoba in 1962, Clara Hughes was a cyclist and speed skater who won medals at both the summer and winter games. She won two bronze medals at the 1996 Summer Olympics and the other 4 in the Winter Olympics.

She is also well known for being the only Canadian to win medals at multiple games.

For everyone who watches female soccer, Christine Sinclair is someone that you probably should be familiar with. The captain of the national team has been nominated 7 times for the women´s World Player of the Year and has already won 3 Olympic medals and several other titles playing for her team.

Sidney Crosby is a hockey player born in 1987 in Nova Scotia. He´s considered by many as one of the greatest players of all time in the NHL. In 2007 he became the youngest captain of an NHL team, winning 3 Stanley Cups and many other trophies.

His legacy continues until this day where he still plays for Pittsburgh Penguins.

Finally, our number one best Canadian athlete goes to Wayne Gretzky. Considered by many the greatest’s ice hockey player of all time he owns the record for the most goals scored in that sport, achieving 894 in 1,487 games. He has won the Stanley Cup 4 times, something very rare in the sport.

This was our list of the Top 10 Canadian athletes of all time. What do you think? Do you agree with our selections? Did we miss out on anyone who should be here? Let us know. You also can check our Top 10 Canadian Sporting Moments if you liked this article.