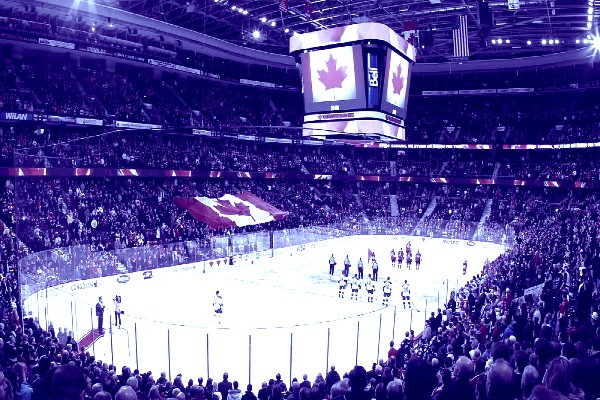 The top Canadian sporting moments in Canada’s sports history all have something in common, they make your neck hair stand up as if you were watching a thriller. Canadians are always proud of their country and supportive when international sports events take place, just like any nation should be. However, there are a few Canadian sporting moments that all sports-interested people are certain to remember. Historical moments that are still being talked about today. Here we’ll cover the top 10 sports moments in Canadian history.

Canadian boxers who got worldwide recognition aren’t especially common. But when George Chuvalo was in his prime boxing-interested people all around the world knew about him. Maybe mostly thanks to the two bouts he had against the boxing legend Muhammad Ali.

George Chuvalo didn’t win any major titles, but his performance against Ali was impeccable. He lasted twelve rounds and was never knocked down, something many boxers who’ve fought Ali can’t claim. Rumour has it that George went out dancing with his wife after the fight while Ali had to spend the night in a hospital.

A recent Canadian sports moment was when Bianca Andreescy beat the tennis legend Serena Williams at the U.S. Open. Serena Williams is known as the most dominant female tennis player of all time and the win was something of an upset in the world of tennis.

The match took place in 2019 and has to be considered one of the best efforts in Canada’s sports history. At the start of the season, Andreescu wasn’t even ranked, by the end of it, she was considered the 5th best tennis player in the world. It was the first Singles Major Tennis title ever in Canadian history.

Golf is a sport with worldwide recognition, it’s highly technical and difficult to play. Canada was never among the top golf countries, and a result of this is the lack of major golf players. But there are some exceptions, Mike Weir for instance.

When Mike Weir became the first Canadian to ever win a major golf tournament in history, many Canadians were benched in front of their tellies to watch. He overtook players like Tiger Woods to win the 2003 Masters.

Basketball has long been a sport where the US is prominently number 1. The NBA mainly holds American teams and players. The Olympics are normally very one-sided with NBA stars making other countries look bad. In 2019 however, this briefly changed when the Toronto Raptors managed to do the impossible and win the NBA Championship.

They did so by beating the Golden State Warriors 4 games to 2 in a best of 7 series. The city of Toronto saw massive celebrations as it happened. Vince Carter’s winning of the slam dunk competition in 2000 had to step aside as the greatest basketball moment in Canadian history.

If we look further back in time, all the way to 1972, the Cold War was raging and a result of this was the disliking of the Soviet Union. Because of this, the games between Canada and the Soviets in the ’72 Summit Series was of utmost importance.

Canada fell behind at an early stage but managed to swing back by winning 3 games in a row, with the last of these being decisive for the Series. The final game saw extensive drama and 5-5 on the scoreboard with only seconds to go. That was when Paul Henderson stepped in and scored with only 34 seconds left, a goal that propelled Canada to a miraculous victory.

Terry Fox is a name closely related to hope, the reason behind it is his never-ending dedication that gained the attention of millions of people. Fox was suffering from cancer and had already amputated one leg because of it. That was when he decided to begin a journey to raise money for cancer research.

In 1980 he set off to run across Canada, a feat in itself, but with only one fully functional leg, the effort became even more incredible. He ran for 143 days and totalled about 5,300 km, equal to one marathon a day! Not only did he manage to cover such a vast distance, but over $750 million has now been raised and donated to cancer research.

Swimming is one of the most technically difficult sports. Doing so for a longer distance requires stamina and dedication, something that Marilyn Bell didn’t lack. Older Canadians will remember Marilyn Bell and her swim across Lake Ontario as a significant event in Canadian sports history.

She was the first one to ever swim across the lake where the dark waters run across a distance of 51 kilometres. This incredible effort took place in 1954 in cold wavy waters at an age of only 16. All in all, it took her 21 hours to complete, a staggering effort. Few people have swum across the lake still today, a factor making her swim even more incredible.

Donovan Bailey was born in Jamaica but raised in Canada and represented our northern country at several sporting events. The most famous one was the 1996 Olympics where he won the gold medal, not only did he win the gold, but he did so by running 100 metres at a pace never seen before in history. He held the 100M record for 3 years and is still one of few sprinters who managed to pass the 10-second barrier.

What made his Olympic gold even more special was that his competition was filled with steroid-pumped sprinters that were later disqualified, Bailey was clean and still beat the world record at the time.

Canadian Sporting Moments: 2. The Blue Jays Win Back to Back World Series

Although baseball might not be the first sport that comes to mind when thinking about Canada, Canadians will definitely remember when Toronto Blue Jays took home the World Series not once, but twice.

Ice hockey and Canada go hand in hand, because of this, Sidney Crosby’s golden goal against the USA in the 2010 Winter Olympic games has made the top of our list. The tournament took place in Vancouver with the home crowd going bananas. The tournament had reached the final round where the southern neighbours had played great hockey, just like Canada.

The game itself was spectacular and intense, we saw NHL players with incredible talent compete like never before. After 60 minutes had been played, no winner had yet been crowned, the score was 2-2 when Sidney Crosby managed to score the golden goal in overtime and thus took home the Olympic gold medal. Vancouver streets saw a crazy influx of people celebrating afterwards, a truly magical moment.

There we have it! The top 10 Canadian sports moments in history have made people cry with joy and hearts have been pounding. We probably forgot about some moments that you might consider to be the best, but don’t worry it doesn’t mean less for that!

Going forward we certainly hope to see more gold medals and world records from Canadians. Until then, we’ll have to look back and appreciate past efforts that have united the country in a rarely seen manner.