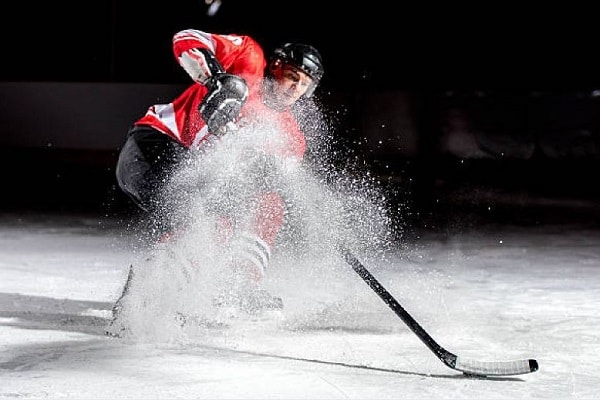 Ice hockey is a popular sport in most cold parts of the world. It is usually a game full of action. In Canada, ice hockey is regarded as one of the most popular sports. There is also the National Hockey League as the utmost professional league. Then college hockey leagues as well as lower-tier professional leagues that all gain loads of interest every single season. Let’s take a look at the top 10 ice hockey moments in the history of the sport.

When talking about the best moments in ice hockey we will limit ourselves to international tournaments. It’s not only the Stanley Cup final that engages the interests of people. The Olympics, the Canada Cup and the World Championships have all had some great moments. Plus, these are the competitions where fans experience top-level ice hockey players competing against each other.

Great Britain is not exactly a country known for its skills in the noble sport of ice hockey. They have not achieved much success in the sport, historically speaking. The exception was in 1936 when a team mainly raised in Canada managed to win the men’s ice hockey tournament at the Garmisch-Partenkirchen games in Germany.

Great Britain was up against Canada in the final. A Canada team that was unbeaten in the Olympic games prior to this game. The final game ended 2-1 to the Brits, who have failed to win another hockey medal since that day.

Finland is a hockey nation that keeps on delivering even though the country has a population of about 5.5 million people. Historically, players like Teemu Selänne and Saku Koivu put the small hockey country on the map for Northern Americans. Selänne was one of the best rookies in NHL history.

Another name that also contributed greatly to Finland’s successes in ice hockey is Mikael Granlund. In 2011, during the World Championships he made a move that shocked spectators and players alike. He performed a type of “Zorro”-lift of the puck from behind the net that was new in professional ice hockey.

His moment of magic happened in the semifinal game against neighbours and rivals Russia. He stood behind the net, lifted the puck onto his blade, and hooked it over the shoulder of the goaltender. A legendary goal that changed the way how players could actually score in the game of hockey.

During 1998’s Winter Olympics in Nagano, the rosters of most teams were stacked with the best NHL players. Names like Eric Lindros, Wayne Gretzky and Patrick Roy were part of the Canadian team. Players like Mats Sundin, Peter Forsberg and Daniel Alfredsson played for Sweden. The Russians had superstars like Sergei Fedorov and Pavel Bure in the squad. The small hockey country of the Czech Republic had one guy though, a goalie that would become the difference between success and failure – Dominik Hasek.

Hasek was already a famous character in the NHL, and during the Olympic Games in Nagano, he became something greater. No one expected the Czechs to stand a chance of winning the competition, maybe semi-finals at the most. But Hasek had other plans.

They beat Canada in the semis and then went on to shut out the Russians in the final. Hasek saved each and every shot of the game. Hasek, who played professionally for three decades, later revealed it to be the best moment of his life.

Canada vs Russia is a matchup that always will create emotions, even more so in the Soviet era. 1987 had the legendary Canada Cup series between the two rivalling nations. Thet year there was also a Junior World Championship where the two gold candidates were favourites to win.

The two hockey nations reached the final series where Canada needed to win by 5 goals to claim gold. Just before the brawl, they were in the lead 4-2.

But it didn’t matter when the fight kicked off. What started as two young men brawling ended up with both teams clearing the benches. The officials had no chance of stopping the fight. They even tried turning off the lights in the arena but with no luck.

In the end, both teams were disqualified in an unforeseen manner. This fight now a near mythical status and is called the Punch up in Piestany.

After 50 years without an Olympic Gold medal, Team Canada had a lot to prove in 2002’s Olympic Games in Salt Lake City. The hockey nation had crumbled in the previous competition in Nagano and lost the Bronze medal game against Finland.

This time around, players like Joe Sakic, Martin Brodeur and Jarome Iginla were filled with a lust for revenge. They wanted to put an end to the Goldless era.

The women’s team had already won the gold medal game putting extra pressure on the men’s team. Canada managed to get to the final game where the United States stood for the competition.

It was a game where the Americans took the lead early on in the first period, but team Canada equalized, took the lead and held it throughout the game to make it 5-2. Canada has since then not had a problem with winning the gold anymore as they’ve done so twice after.

Canada had been out of international competition for several years due to a dispute between the IIHF and the CAHA in 1970. Just like today, professional NHL players are not always allowed to enter the competition due to the Stanley Cup playoffs going on and the tournament being held at the same time.

When a new IIHF boss stepped into his place, he had the goal of solving the dispute with the Canadians. He managed to do so by allowing them to use professional players again and also endorsed the Canada Cup. A cup that would become a tournament better than the Olympics at that stage because all NHL players were available to play the tournament.

The first star-filled tournament was held in 1976 and the nations could pick any players they wanted to, regardless of amateur or professional status. Six nations competed, Canada, the USA, the Soviet Union, Sweden, Finland and Czechoslovakia.

Canada won the first tournament and it was an instant success. It can also be considered the rooting cause behind letting NHL players participate in the Olympic Games, something that was only allowed first in 1998. So it was a historical event not only thanks to the tournament itself but thanks to what it paved the way for later on.

After all his successful years in the National Hockey League, Peter Forsberg is a well-known name within hockey. The Swede made an impact in whatever game he played with his offensive skills and great understanding of the game.

But his greatest achievement in hockey history was in 1994 when he tricked the goalkeeper all the way up to the stands with an unforeseen move that revolutionized hockey shootouts.

It was in the final game of the 94′ Olympics in Lillehammer, Norway, against Canada when the final was so even that it went all the way to a shootout. Sweden went on to win their first Olympic gold medal and the Forsberg Move became something everybody started practising on.

To put into perspective how legendary the move became, it is still today used by players when alone with the goalies. And Forsberg got his own personal postal stamp in Sweden!

The three-gamed final series of the 1987’s Canada Cup was a series that engaged hockey fans as it became one of the greatest matchups in the history of hockey. Canada had a team with 12 Hall of Fame players, including Wayne Gretzky and Mario Lemieux, and met a Soviet team equally strong, Larionov, Fetisov and Krutov were a couple of the stars for the Russians.

The teams had shown strength throughout the whole tournament and the prior game in the group stage ended 3-3, making both teams well aware of the strengths of the other team.

It was a final series that left no spectator unhappy, the Soviets won the first game in a tight manner but Canada came back to win the second game in overtime. For the third and decisive game, the Soviets went out really hard and got a 3-0 lead that had many thinking it was over, but Gretzky and the guys thought differently, they managed to turn the game around and take it to overtime where Mario Lemieux scored the game-winner in a 3-on-1 breakaway.

Sidney Crosby and his Canadian team have long been the top team when talking about international competition and the Olympics – traditionally the most exciting tournament since the Canada Cup ended. With 16 medals and 9 golds, they are second to none in Olympic competition.

During the most recent Olympic Tournament held in Canada, 2010’s Vancouver Olympics, history was made as Team Canada beat their southern neighbours from the USA in a final game that would come to be remembered for years.

The game was a thriller even if Canada was leading with 2-0 and looked comfortable. The Americans managed to score two goals to make it even and take the game into overtime making the Olympic final even more interesting.

That was when the Penguins star Sidney Crosby took things into his own hands and scored the winner seven minutes into overtime in front of a packed Canada Hockey Place. He slotted the puck in the five-hole and Ryan Miller could do nothing about it. The whole city exploded with joy as the puck went in and celebrations kept on going the whole night.

1. The Miracle on Ice

Ice hockey fans all around the world have heard about the Miracle on Ice, classic hockey history that even was made into a movie. What happened was the Lake Placid 1980 Olympics, the Soviets and USA were in full Cold War mode both politically and nationally.

The Soviets had been favourites for a long time due to their consistent winning streaks. The Americans, on the other hand, had a team almost entirely of college players. The teams had played an exhibition game before the Olympic tournaments where the Soviets won 10-3 in a not so exciting game.

But the Americans gathered valuable experience throughout the game and the following competition, this, in turn, led them to the final where the Soviet Union was once again the rivalling team.

The Soviets took the lead 3 times but the USA managed to always keep up and turn the game around into a 4-3 lead with the goalie Jim Craig standing out with his 36 saves. Naturally, the reactions were many and AP even considered the event to be one of the greatest sports moments of the 20th century.

There we have it, folks! The top 10 best ice hockey moments in history, hopefully, we will get to see new history be created as we move forward. If you would like to place a bet on any upcoming ice hockey games, take a look at our recommended Sportsbook sites.