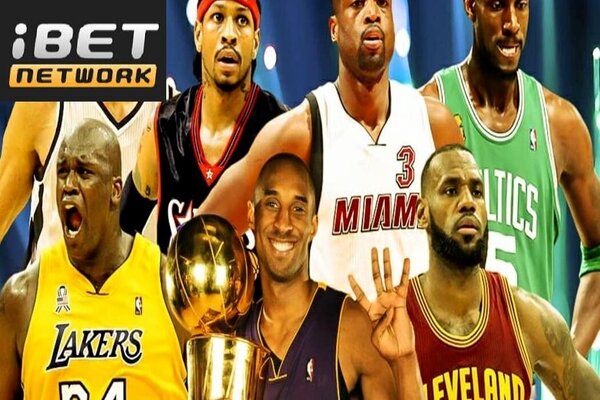 If you are an NBA fan you probably have a lot of great memories of unforgettable moments that the game has provided over the years. We’ve gone through a lot of these highlights and narrowed it down to these top 10 moments in NBA history. Take a look below and let us know what you think.

Steph Curry has become, over the years, one of the best players that ever played for the Golden State Warriors. Back in 2016 when he won the league MVP, Curry produced a moment of brilliance when he scored 17 points in the overtime period giving victory to GSW. This performance was even more impressive because it was his first game coming back from an injury.

9. Klay Thompson breaks the record for points in a quarter

It was in January 2015 that the Golden State Warriors had one of the best seasons of all-time, breaking numerous records. They even got the most victories in one season that was held by the Chicago Bulls. Even with amazing players on the team none of that could have been accomplished without the brilliance of Klay Thompson. On the 23rd of January, Klay scored 37 points in the third quarter against The Kings at Oracle Arena. What does that mean? Simple, he scored those points in less than 10 minutes setting the record for most points scored in a quarter.

Ray Allen produced one of the most clutch shots in the history of the NBA in the 2013 finals. It was in game 6 of the NBA finals that Allen, with not much space left, and with only 5.2 seconds left on the clock, managed to create a moment of brilliance by scoring 3 points that tied the game. It was thanks to this moment that Miami won game 6 in overtime, and game 7, and became the NBA champions.

In 2014 LeBron James decided to come back to his old club. The whole town was buzzing with the news. After his arrival, LeBron promised a title to his team. 2 years later not only did Cleveland manage to become champions but they did in a spectacular way from a 3-1 comeback never seen in the history of the NBA.

Everybody knows that Klay Thompson is the kind of player that every coach dreams about having in their team. Back in December 2016, Klay had one of the best performances of his career by scoring 60 points in 29 minutes in a spectacular win over Indiana Pacers. The Golden State Warriors also broke the Chicago Bull’s (1995-96) record for most wins (73) in a single season.

5. Kawhi Leonard wins at the buzzer

The final moment of game 7 between the Raptors vs 76ers was something so unreal and astonishing in NBA history that it has to be be number 5 of our top 10 list.

Just before the final second of the game, Kawhi threw the ball and sat down desperate to see if he got the basket. The ball bounced at least 4 times, taking more than 2 seconds until it finally went in. This was a glorious moment has the Raptors went on to win the 2019 title.

Considered by many as the GOAT, Michael Jordan became an icon around the globe even for those who didn’t watch or know anything about the NBA.

We could easily make a top 10 list just for Jordan’s amazing moments. But we had to spread it out a bit. Maybe we’ll publish that article later.

Michael Jordan’s last shot was in June 1998 and until this day is one of the best moments in the sport. The Bulls were losing the game and with just 5.2 seconds left Jordan managed to get a win. He shot in the last seconds giving the victory to Chicago who won the 1998 FInals over the Utah Jazz.

In the 2015-2016 season Golden State was one of the best teams that had ever played in the NBA. With players like Klay Thompson, Steph Curry and Draymond the team broke the Chicago Bulls’ record by winning 73 times and only having 9 losses.

To this day fans still argue about which team was the best.

One of the best games in the history of the NBA and for sure for Cleveland fans. Coming from a 3-1 defeat, when few people believed that it was possible to turn things around, LeBron James, together with his teammate Kyrie, had one of the best performances ever in the sport. Besides doing one of the best defensive plays that has been recorded on camera both scored 41 points.

Kobe Bryant is a legend of the sport and doesn’t need any words to describe how good he was.

In his last game playing for the L.A. Lakers at 37 years of age, he had an incredible performance scoring an impressive 60 points giving the Lakers another victory.

Despite not having the best season of his career, this performance just showed how brilliant and good he was as a player. He is one of the greatest of all time.

What do you think about this Top 10 Moments in NBA history? If you liked this article you can also read our top 10 Canadian sporting moments.