Top 10 NHL players of all time 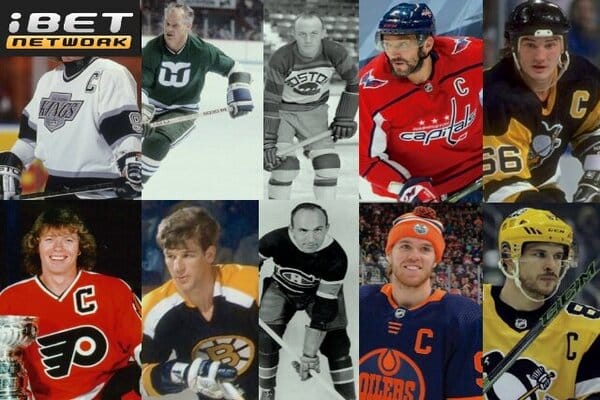 Since the beginning of the NHL, there have been some players that completely revolutionized the way of playing the sport and provided some of the best moments that the fans across the world have ever seen especially in Canada. Here is our list of the top 10 NHL players of all time.

Coming from Czechia, Jaromir is probably one of the best players in the 90s and one of the best Europeans that ever played in the NHL, winning 2 Stanley Cups. His amazing way of playing and his attitude towards the game are the characteristics that made him so special as an NHL player.

This Canadian player is considered by many fans as one of the best in the modern NHL. With 3 Stanley cups and many other trophies, Sidney Crosby has become a legend of the Pittsburgh Penguins since his first game and he is the youngest athlete to achieve 100 points.

Born in 1961, Mark Messier had great a physique and a strong mentality that few NHL players had. Winning 6 Stanley cups (5 with the Edmonton Oilers, and 1 with the Rangers), he also won a world championship and one world cup in 1996 making his career at the top of the NHL.

Becoming an icon of the sport Maurice was the first to score 50 goals in 50 games, something that any other player had never done before. He also revolutionized the way of playing the game due to his technique and managed to win 8 Stanley Cups throughout his career.

Super Mario established himself as being one of the best in the sport because of his strong character, size and skill. He also managed to score 199 points in just 76 games which is something unthinkable. Winning 2 Stanley cups and other many trophies like an Olympic gold medal, Mario is definitely one of the best to ever play the game.

Jean Beliveau is a legend of the sport who played from 1950 to 1971 for the Montreal Canadiens. He was also captain of the team from 1961. He won an impressive 10 Stanley Cups, being the second player who won more together with Yvan Cournoyer.

One of the most talented players that the NHL has ever seen, Bobby Orr won 8 consecutive Norris Trophies and became the first player to win 4 different awards in one single season. Winning 2 Stanley championships in 1970 and 1972 with the Boston Bruins, his legacy continues to this day with the Bobby Orr trophy awarded annually to the winners of the Eastern Conference playoffs in the Ontario hockey league.

Probably the first big star in the game, Gordie Howe in 26 seasons won 4 Stanley Cups, 6 Art Ross Trophies and broke many records that no player had done before. Howe is not only remembered for being one of the greatest to ever play the game, but also for being a kind and humble individual.

In the number one position, we have Wayne Gretzky, considered by many as the GOAT of the game. Gretzky is the all-time points leader and he is also the top goal scorer with 895 total. He won the Stanley Cup 4 times.

And here you have our top 10 NHL players of all time. What do you think, agree or disagree? If you want to know more about the NHL you can also read our article about The Top 10 ice hockey moments.