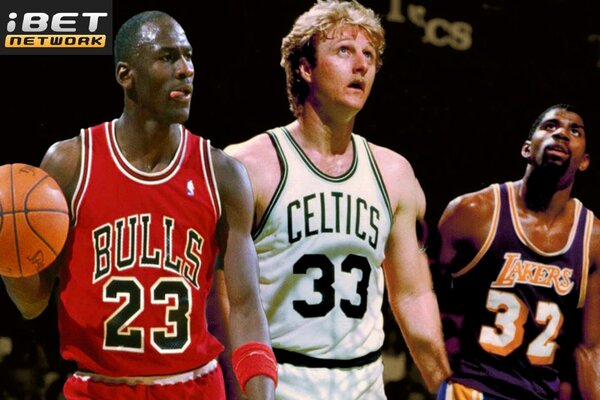 There are some players that have become part of the history of the NBA not only because of their talent but also because they have changed the game as we know it today. Here are our top 10 players in NBA history. Take a look through our list then let us know your opinion.

Being the youngest player on this list, Stephen Curry has shown over the years that he is one of the best players in modern Basketball. With 4 championships and an 8 time NBA all-star, he is definitely no slouch. Curry is still playing for Golden State Warriors where they just won the NBA championship this year (2022) and it seems that his career is getting better each year.

Shaquille is now a sports analyst and pundit that used to play for the Lakers together with Kobe Bryant.

He also has 4 championships under his belt and numerous individual trophies. Shaq was the kind of player that every coach wants to have on their team. Tall and bulky, Shaquille was a force of nature that just could not be stopped when he was in his prime.

Despite only having won two championships in his career, one for the Philadelphia 76ers in 1967 and the other one for the Lakers in 1972, Wilt Chamberlain is known for being the first and the only player to score more than 100 points in a single game. No one has ever managed to do that again in the sport.

Kobe Bryant is a legend of the sport and he provided great moments for NBA fans around the globe until his last game in April 2006. He won 5 championships and was also the most decorated all-star. Kobe is still considered by many to be the greatest of all time.

If there was a player that changed the game in the 80s it was Magic Johnson. Not only is he remembered for his beautiful style of play but he also won numerous trophies like 5 NBA championships. He was also the first to win the NBA Finals MVP three times. His intense rivalry with Larry Bird of the Boston Celtics gave the NBA some of the best moments in the game and increased the popularity of the sport around the world.

Larry Bird is the prime example that hard work beats raw talent. He won 3 NBA championships with the Boston Celtics and was part of one of the best teams in NBA history. Larry is well known for having a very strong character and was a very technical player capable of scoring, passing, defending and being a very good team player in clutch moments.

Even if you are not a basketball fan you probably know the name, Bill Russel. Russell is the only player that won more champions than any other else, with 11 championships in 13 seasons. Russel is a legend of the sport and we think it is highly doubtful any player can achieve as much as he did during his career playing for the Boston Celtics. His honours include 11 NBA Championships, 5 MVP awards, 12 All-Star Awards and 2 All-NBA First Team selections.

Abdul-Jabbar is the leading NBA scorer of all time, with 6 championships and 6 MVP awards. He also won 2 NBA Finals MVPs and was an NBA All-Star 19 times. Abdul played for the Milwaukee Bucks and the Los Angeles Lakers, making his mark in NBA history as the greatest center. His trademark shot, the skyhook, was the bane of all defenders.

King James has been the most consistent player that still plays with the same intensity and emotion as he was young. With 4 championships and other trophies like 2 golden medals what makes LeBron so special is the fact that he was able to win the NBA championship with the Lakers, Cleveland Cavaliers, and the Miami Heat. He elevates every team he plays with.

Finally, in first place, we have a player that is no surprise to anyone. Michael Jordan is considered by many the greatest of all time because of his achievements inside and outside of the field of basketball. Winning 6 championships and numerous other trophies throughout his career, his legacy continues up to this day as he transcended the sport becoming a star around the world.

What do you think about our list of the Top 10 players in NBA history? If you liked this article you can also read our top 10 moments in NBA history.