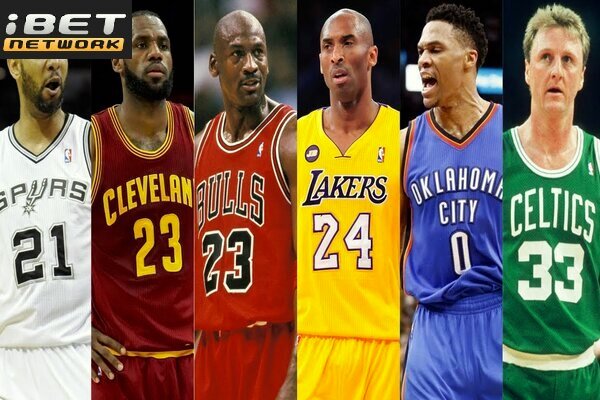 Over the years, the NBA has provided us with some fantastic and memorable moments. Throughout its history, amazing teams have done amazing things for the fans around the world. Here are our picks for the Top 10 teams in NBA history, how they changed the sport, and their achievements.

Check out our list of the top online sportsbook sites in Canada.

Philadelphia became the champions in 1982-1983, sixteen years after the last time they won the NBA championship. With players like Maurice Cheeks, Earl Cureton, and Franklin Edwards, the team had a lot of young talent. Veterans like Julius Erving helped them win the NBA championship. With Moses Malone being the player of the year they beat the Los Angeles Lakers at a time when they had players like Magic Johnson and Abdul-Jabbar making their season even more spectacular.

During the season they managed an impressive record of 63-19 by beating teams like the Chicago Bulls and Boston Celtics. They also beat the Lakers in the NBA final becoming the new champions of 1988-1989. With players like Bill Laimbeer, John Salley, and Dennis Rodman the team is seen by many as one of the greatest in NBA history.

The 2015 season was a crazy one for the Cleveland Cavaliers. They were well on their way to losing the NBA finals against Golden State Warriors. Behind in the series 3 games to 1, they managed to make an amazing comeback that no other team had done in the history of the NBA. They turned it around and won 4 to 3. What made this even more spectacular was the fact that LeBron James had promised that when he returned to the Cavs they would win the NBA championships, and he delivered.

Everyone can agree that the Chicago Bulls were the best team in the 90s. With players like Kukoč, Jordan, Rodman, and Scottie Pippen they not only managed to finish the season with a record of 69-13 but they also won the NBA finals against the Utah Jazz with an impressive win in 6 games establishing themselves as being one of the best teams of all time.

It was in the 2001-2002 season that the Los Angeles Lakers destroyed most of the teams in the season. With players like Shaq and Kobe Bryant (two all-time greatest), they had a great dynamic and chemistry. This led them to win the NBA title by beating teams like Santo Antonio Spurs, Sacramento Kings and Portland Trailblazers. They beat the Sixers in the Final in 5 games.

Opening our top 5, we have the Milwaukee Bucks. With players like Kareem Abdul-Jabbar and Oscar Robertson, the team established itself as being one of the best in the ’70s by winning the Western Conference finals and beating the Baltimore Bullets in the final of the NBA championship. They finished the season with a 66-16 record.

The 1970-1971 season is considered the best for the Milwaukee Bucks and for their fans.

Los Angeles Lakers are indisputably among the greatest teams that NBA has ever seen. With players like James Worthy, Magic Johnson who was MVP, and Kareem Abdul-Jabbar, the 86-87 season is remembered as one of the best. They beat Larry Bird’s Boston Celtics which was the most feared team at that time.

When talking about the best teams of all time we had to include the Boston Celtics in our top 5. Not only because they had players like Robert Parish, and Kevin McHale but they also had one of the greatest players of all time Larry Bird.

After losing against LA in the NBA finals, the team wanted to take revenge and they manage to do that by winning 67 in the regular season.

After winning those games they beat the Houston Rockets 4-2 in the NBA finals.

The Golden State Warriors are considered by many as having one of the best teams of all time in NBA history. With players like Steph Curry, Kevin Durant, Andre Iguodala, Draymond Green, and Klay Thompson they managed to break the NBA record for having the most wins in a single season going a magnificent 73-9, shattering the record previously held by the Chicago Bulls. Unfortunately, they lost the Finals 3-4 against the Cavs that year (see above) but got their revenge in the 2017 Finals beating the Cavs 4-1.

There was only going to be one clear winner here. With players like Michael Jordan, Scottie Pippen and Dennis Rodman, this team managed to win another NBA title that year beating Seattle SuperSonics and finishing with a record of 72-10 making this team one of the best in the sport’s history.