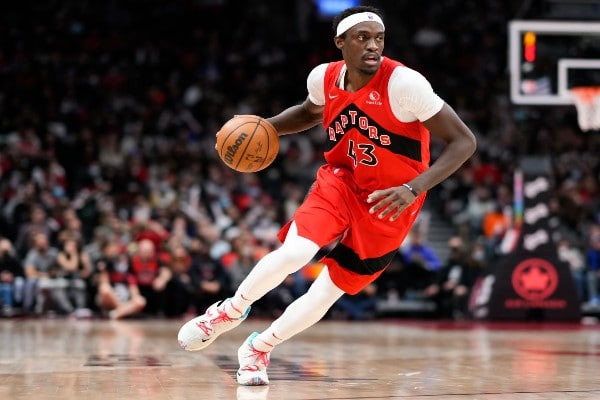 Monday night, the Philadelphia 76ers will play against the Toronto Raptors at Wells Fargo Center in Game 5 of their series. The Sixers are leading 3-1 in this series and they open as 8-point favourites. The over/under for this match is set at 210.

The Raptors won Game 4, 110-102, to avoid a sweep and keep their NBA Finals hopes alive. Toronto ended the game with a 42.0 percent field goal percentage (37 of 88), making 8 of its 34 3s. The Raptors converted 28 of 35 charity opportunities for an 80% success rate. They grabbed 46 rebounds, 13 of which were offensive. In addition to that, they recorded 19 assists and five turnovers. They also had 9 steals. Toronto has allowed its opponent to shoot 42.5 percent from the field on 34 of 80 attempts in this game.

The Sixers had a total of 41 dime and 24 shots in the game. In addition, the team grabbed 35 boards (6 offensive, 29 defensive) and blocked 6 shots. Philadelphia finished 84 percent from the charity stripe, converting 21 of 25 shots. They made 13 of their 31 three-point attempts. The Raptors had 20 personal fouls, while the Sixers had 15. Pascal Siakam was a factor in this clash. He scored 34 points on 10 of 19 shooting, which helped his team win. He was on the court for 44 minutes and grabbed 8 rebounds. Siakam went 52.6 percent from the field and had 5 assists.

Go and check out our recommended sportsbooks for Canada and their welcome bonuses if you believe in your team.

Will Harden Be the Key Player for 76ers?

The 76ers committed 11 personal fouls during the game, which resulted in 25 free-throw attempts for Toronto. The 76ers also coughed up the ball 15 times and had 4 steals in this game. The Sixers picked up 35 defensive rebounds, 6 offensive rebounds, and 41 total rebounds in the game. For the game, James Harden converted 5 of 17 field goal attempts for a 29.4 percent success rate and 5 rebounds in the game. He had 22 points, 9 assists, and 4 steals in 42 minutes of action. The Philadelphia 76ers have a record of 51-31 this season. The Sixers are shooting 46.6 percent from the field, which puts them 16th in the NBA.