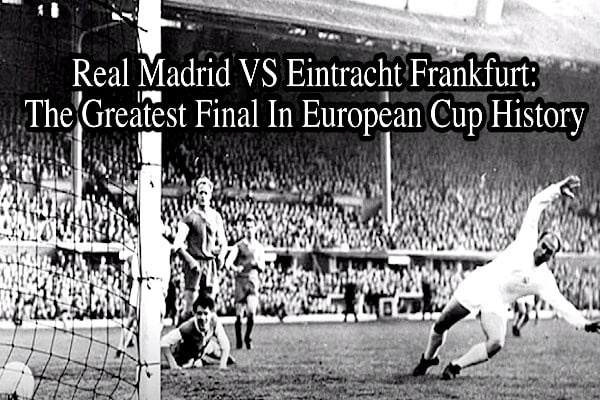 After both Real Madrid and Eintracht Frankfurt won knife-edge finals last season. And the UEFA Super Cup 2022 will be held in Helsinki between them. Carlo Ancelotti’s team won the title against Liverpool in the end. However their road to the trophy was dotted with incredible comebacks and a refusal to give up. Eintracht, for their part, shattered the hearts of massive traveling Rangers supporters in Seville with that thrilling final they won in a penalty shootout. The UEFA Super Cup is far from Real Madrid’s top concerns. But this will be a warm-up test for their big La Liga debut on Sunday against Almeria.

They went on a worldwide tour prior to the start of the season, and they won 2-0 against Juventus in their final game last week in Los Angeles. Eintracht will undoubtedly be treating this situation with the utmost care. And the stadium will be full of Eintracht supporters. However, they were brought down to Earth from the high of Spain in May when Bayern Munich thrashed them 6-1 in their chastising opening Bundesliga encounter at home. Not to mention that Eintracht were 5-0 down at the break.

When Did Real Madrid and Eintracht Frankfurt Play Last Time?

The two clubs have only faced off once before, but the game remains as unquestionably one of the greatest football games of all time, and it occurred in Glasgow. In the 1960 European Cup Final, Real Madrid faced Eintracht Frankfurt and won by a score of 7-3. The dazzling display by Ferenc Puskas and Alfredo Di Stefano inspired Spaniards was a true masterpiece at Hampden.

There’s a strong case that Karim Benzema is the world’s best striker right now. Last season, he was unstoppable, as his 27 goals in 31 La Liga appearances proved. For the Frankfurt team, last season’s hero was Rafael Borre, and the Colombian star is back on Wednesday with same ambitions.

Eintracht could take advantage of Real’s absence from competitive play by catching them cold, according to some experts. But the Eintracht camp’s spirits must have taken a severe beating after their opening day display, which suggests there is a difference in quality between the teams. Real, on the other hand, frequently gives you opportunities, and Eintracht may comply.

Despite Real being too short to back on its own, and no pressure, there will be goals, and the obvious answer is a Real victory with both teams scoring. While no one is expecting another 10-goal thriller like the 1962 final, Real may very easily win this match in a comfortable manner, much as Bayern did last week. The 2022 UEFA Super Cup match between Real Madrid and Eintracht Frankfurt will take place on August 10 at 02:00 pm CDT.