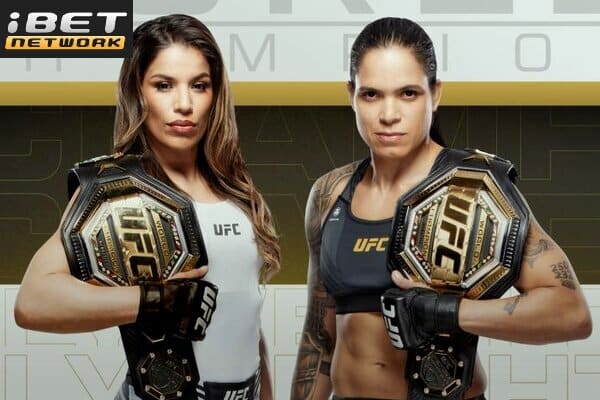 UFC 277 has all the makings of an amazing fight night with an amazing main event. Other than the main event, there are going to be other good fights as well. The co-main event with Brandon Moreno fighting Kai Kara-France and the heavyweight clash between Derrick Lewis against the Russian Sergei Pavlovich. All of that looks really tasty but the main fight of the evening will be Julianna Peña against Amanda Nunes for the bantamweight title. Here are our tips and predictions for the main event.

If there is a GOAT in female UFC it must be Amanda Nunes. Considered by many as one of the best female athletes in combat sports of all time, Amanda Nunes has a record of 21 victories and 5 losses, the latest lost against Julianna Peña. Peña shocked everyone when she beat Amanda at UFC 269.

Nunes has defended her title 7 times. She is also the only fighter to defend two UFC titles in different divisions at the same time, something that no one has ever done before. She is only one of three fighters in the UFC that has held titles in two different divisions besides Daniel Cornier and Conor McGregor.

Nunes will be looking to get her revenge and reclaim her second title. Most bookmakers have her as the heavy favourite to win and we do not think she will suffer a second loss to Peña.

Julianna Peña is the current Bantamweight Champion, and she was the first woman to ever win the ultimate fighter show. Having a record of 14 wins and 4 losses, Peña started her MMA career back in 2009 when she was only 20 years old. Beating Nunes back in December 2021 was probably the peak of her career so far. She managed to win the fight by submission with a rear-naked choke after an impressive comeback in a fight where she was clearly the underdog.

Peña will be desperate to win and cement her credentials as a legitimate champion, but she has probably never faced as much pressure before. We are not sure she will be able to handle a Nunes that has something to prove.

When is the Amanda Nunes vs Julianna Peña Fight?

The fight will take place on July 30th at American Airlines Center in Dallas, Texas. In Canada, the main card pay-per-view is available on TSN, Bell, Rogers, Shaw, Eastlink, and UFC PPV on UFC Fight Pass.

You can also find some of the best sportsbooks to bet on UFC 277 or any other major sporting events.

When it comes to the fight, there are a lot of things that can happen at any time for both fighters. The fact that Julianna won the last time gives her extra confidence that she can do it again even being the underdog in this fight. When we talk about strategies, if Peña manages to keep the distance and close the space from Amanda before countering with punches she can manage to hurt her and maybe get a win. Also the probability of her winning the fight increases if she manages to get past the first two rounds because that’s when Amanda looks more vulnerable at least from what we have seen in previous fights.

When it comes to Amanda, we can expect her to keep feinting and trying to close the distance before she goes to the ground using her wrestling as she did in the first round of her last fight against Peña. We can also expect her to be more focused and more precise without taking any dangerous risks that can compromise her fight plan.

We expect Amanda to win this fight, however, anything can happen like in the last fight.

Prediction: Nunes to win by TKO in the second round.