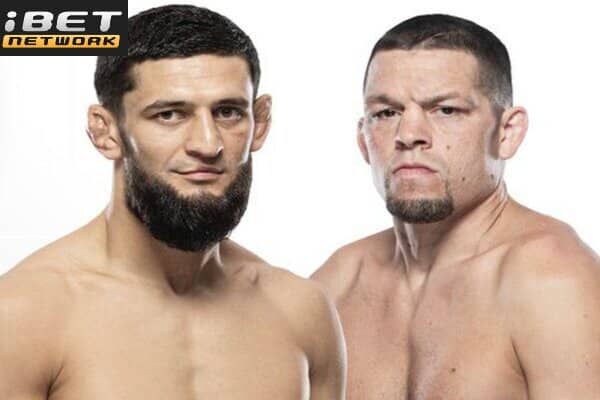 UFC 279 is set up to be one of the best events of 2022 with Nate Diaz having his last fight inside the octagon against the ferocious Khamzat Chimaev. What makes this fight also special is that Khamzat Chimaev will want to prove to everyone why he is the new top contender in the welterweight division alongside Kamaru Usman who just lost his belt against Leon Edwards. Below, we will give you an insight into the best UFC 279 tips and predictions for the main event.

Nate Diaz is one of the most beloved fighters in UFC history since he won The Ultimate Fighter 5 back in 2007 against Manny Gamburyan. Since his debut, Nate has always fought against the best fighters and managed to have a lot of wins against opponents like Conor McGregor, Michael Johnson, Donald Cerrone and many others. Although he never won any belts, Nate Diaz is a black belt in jiu-jitsu who has won by submission 13 times in his 21 victories.

There have been very few athletes that had a very quick rise to the top of the UFC like Khamzat Chimaev. Having a record of 11 victories and 0 defeats, Chimaev is without a doubt one of the best fighters in the Welterweight division and there is a high chance that he is gonna become the welterweight champion in the near future. Dana White, the UFC president, even said that Chimaev was, “One of the Most Special Fighters that he has ever seen.”

His last fight was against Gilbert Burns the three-time World black Jiu-Jitsu Champion.

When is the Nate Diaz vs Khamzat Chimaev Fight?

Here you can find a list of the best online sportsbooks if you want to bet on UFC 279 or any other sports events.

When it comes to the fight, Nate Diaz is clearly the underdog that will have to strive against one of the best, if not the best, wrestlers in the division. Since Khamzat prefers to exert control over his opponents without giving them a chance to respond, there is a very high likelihood that the fight will end on the ground. This can be a problem for Khamzat because if he is caught off-guard Diaz can submit him using his incredible jiu-jitsu techniques.

Diaz has cardio that very few fighters have and that is something that Khamzat will have to battle against since, in the last fight against Gilbert, Khamzat’s cardio did not seem the best after the first two rounds.

The only thing we can be certain of is that the fight will be bloody and violent, as both fighters are well known for having an appetite for violence.

Prediction: I personally think that ‘Khamzat to win by submission in the second round’ would be the best bet to place.