US Casinos with Their Fastest 2-Month Start 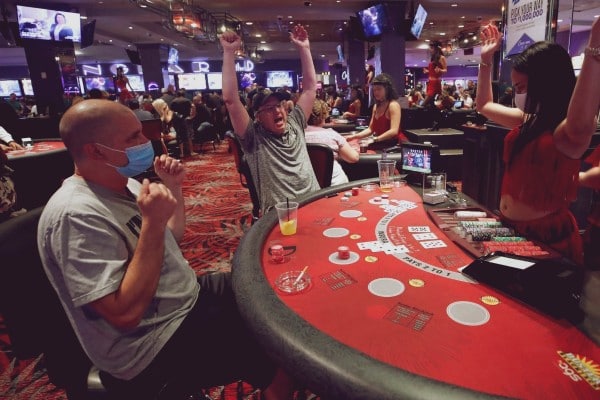 For the first time in nearly two years US casinos are recovering from the coronavirus pandemic. The American Gaming Association (AGA) released figures Tuesday. The report shows that revenue from in-person gaming, sports betting, and internet gambling reached $8.92 billion in January and February. And it’s up more than 19% from the previous record set in 2020.

The gambling sector’s centerpiece — in-person slots and table games revenue — was $7.18 billion during the first two months of 2022, up just under 1% from $7.11 billion during the same period two years ago. However, the figures do not include tribal casinos, which are also seeing similar increases. The association’s president and CEO, Bill Miller stated: “This record start to the year demonstrates the sustained momentum of our industry’s recovery into 2022.” “While it remains to be seen if we’ll match last year’s all-time high, it’s clear that Americans are continuing to make gaming a first-choice entertainment option.”

Some US Casinos Show Decreased Revenue

2021 Was the Strongest Year

Commercial online casino revenue was just under 16% of overall revenue in February. Worth to mention that it was the lowest proportion since August 2021. The casino industry in the United States has never been stronger. Last year the business managed to generate a total revenue of $53 billion. In-person gamblers at casinos generated almost $45 billion. The total revenue increased by 6.6% from 2019. It will be interesting to examine how the sports betting launch in Ontario might effect the US business.