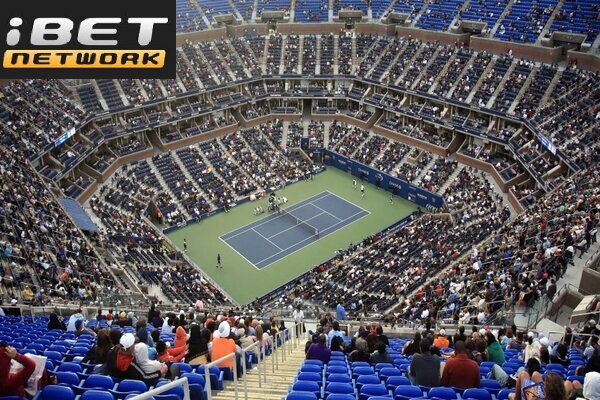 The fourth and final grand slam of 2022 US Open Tennis is getting near. Tennis players and fans have long looked forward to the tournament starting on the 29th of August. It will be the last Major for the tennis legend and six-time champion Serena Williams who missed last year’s competition due to injury. We will also see the top seeds Rafael Nadal and Daniil Medvedev battle for the Grand Slam and new players challenge as Novak Djokovic, Roger Federer and Alexander Zverev will all miss out. Check out all the details below in our US Open 2022 Preview.

If you are interested in placing a bet on any of the matches you can check out our curated list of online sportsbooks.

In the women’s competition, Williams will face the 19-year-old reigning champion Emma Raducanu who shocked the tennis world last time out with 10 straight wins. The two will also have to battle the current number one in the world, Iga Swiatek, and four-time Olympic gold medallist Venus Williams.

We mentioned the top seeds who will play and compete on the court above. They are the natural favourites but we will take a closer look at their performance throughout the year.

Starting with the men’s competition where Nadal and Medvedev are the clear top players of this year’s US Open. Last year at Flushing Meadows we got to see the final being played between Novak Djokovic and Daniil Medvedev, the Russian, Medvedev, came out victorious after winning three sets in a row.

As it looks, the previous number one in the world, Novak Djokovic, will miss The United States Open Tennis Championships 2022 as the U.S. does not allow unvaccinated people to enter the country. Djokovic already missed several tournaments this year for the same reason.

Without last year’s finalist in the competition, the field is open for challengers. Rafel Nadal will be looking for revenge after his recent surprise loss against another Serbian, Borna Coric, in the Cincinnati Open.

Coric surprised everyone when he, ranked 152, beat Nadal early on in the tournament. He then went on to beat everyone he played against and won against the Greek Stefanos Tsitsipas in the final. Tsitsipas had beat the current number one in the world Daniil Medvedev in the semifinal, so it was a big surprise. Many are curious to see if Coric will be able to challenge in the US Open as well.

Medvedev is one of the largest favourites to win the 2022 US Open but with his loss to Stefanos Tsitsipas, nothing is certain, to say the least. Stefanos will be looking for revenge after losing the Cincinnati final, and he is a clear favourite to go far in the last Grand Slam of the year.

The Spaniard Carlos Alcaraz, ranked nr. 4 in the world, is another player who will go after the prestigious win. He left the Cincinnati Open after losing the quarter-final against Cameron Norrle. The last challenger for the Grand Slam is the Norwegian Casper Ruud, ranked nr. 7 in the world. He is looking for his first title and will be in it to win it.

The women’s tournament is equally exciting with several contenders looking primed for the last Grand Slam tournament of the season. Sure, Serena Williams is a legend and with 23 Major wins, she can never be counted out. But at 41 years of age, she will have to perform at her top to be able to challenge the younger competition. However, she is only one title away from equalling the record holder Margaret Court. With 6 prior wins at her home court, this is where she is the strongest.

The US Open will see all of the best women compete, unlike the men’s competition where injuries and travel restrictions leave out some of the best players. The 21-year-old and already top seed and favourite to win, Iga Swiatek, is usually fierce on the court. Leading up to this tournament, however, we’ve seen her lose against lower-ranked players in the early stages of the previous tournaments. Will she find her good form again and play at her best in New York? We’ll have to wait and see.

The 19-year-old Emma Raducanu won last year’s US Open in a feat that shocked everyone. This season hasn’t been as convincing though with her only making the quarterfinals as the best achievement in previous tournaments. The youngster still has a lot to learn and many will be eager to see her perform in the last Grand Slam of 2022.

A player worth watching this season is Caroline Garcia, she already won three tournaments this year, although no Grand Slam titles, and has been looking great on the court.

Two other players to look out for are Ons Jabeur and Jessica Pegula, both ranked within the top 10 of the world prior to the tournament. Jabeur lost the final at Wimbledon to Elena Rybakina who definitely is a name worth considering when looking for the winner.

US Open 2022 Schedule and Dates

With the competition getting nearer and nearer, there are some dates worth writing down to remember. First out, the singles draw will feature 128 players who will compete for the title. We’ll also get to enjoy the doubles draw with 64 players and a mixed doubles featuring 32 players.

The 29th of August is when the first games are played and they’ll go on to play until the 11th of September when the last finals are played on Sunday.

The singles tournament starts off on the 29th with the first rounds for both men and women. The doubles first round start on the 30th, that’s also the date for the second round of the singles competition.

This goes on with the next round starting 2 days after the previous with the round of 16 starting on the 3rd of September. All matches here will be worth watching if you want to keep up with who is looking like a potential winner.

Finally, Friday the 9th features the first final games of the 2022 year’s US Open. We’ll get to see either the men’s doubles final or the mixed doubles final, which one hasn’t yet been decided (depends on the singles competition). Saturday the 10th will feature the women’s singles final. Maybe the last chance to see Serena Williams, if she makes it that far so to say.

The tournament then goes on to finish with a super-Sunday when we get to see the women’s doubles final as well as the men’s singles final. So make sure to remember the dates, 10th and 11th of September to not miss out on the action.

Many are curious to see whether Djokovic will get a last-minute free pass to enter the states and the US Open. If he does, the men’s singles will instantly become extremely interesting. If he doesn’t, it will still be an exciting tournament to watch. Many other players will get the chance to be at the forefront, and maybe we’ll get to see some surprises.

The women’s competition features most of the best players, thus, it’s the most difficult to predict. Last year’s winner Raducanu hasn’t been all too convincing during this season so we expect to see a new winner. Who it will turn out to be remains a mystery as many players have been playing at a top level.

Something that is certain, however, is that Serena Williams is playing the last tournament of her career. This factor alone will make tennis fans from all around the world eager to see her performance. Will she tie the current world-record holder or will she end up second? We are about to find out as the 2022 year’s US Open is getting close!