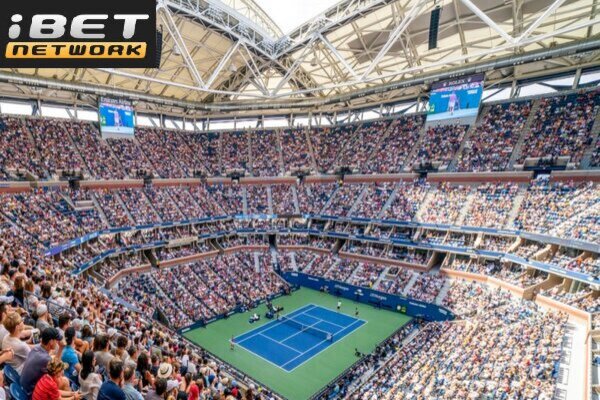 The US Open Final 2022 has been a fantastic competition with amazing matches with some surprises that fans weren’t anticipating. Since there aren’t many players remaining and the final is drawing near, bets are being placed on who will win the prize for each category.

Below, you can see who has the best chance of winning the US Open 2022 final. You can also look through our list of online sportsbooks if you want to bet on any other games.

Favourites to Win the Men’s Competition

There are now just 4 players left who have a chance to win the men’s contests this Sunday in Arthur Ashe Stadium as the final draws near and players like Rafael Nadal, Daniil Medvedev, Stefanos Tsitsipas, and many others are no longer in the running.

At the time this article is being written, Carlos Alcaraz has yet to face Frances Tiafoe. The American is ranked number 26 in the world and unexpectedly defeated Andrey Rublev, who is ranked number 9. As a result, Alcaraz currently has the best chance of winning the competition, but everything can happen in this sport.

On the other hand, the world’s seventh-ranked player, Norwegian Casper Ruud, will risk everything to claim his first title. But first, he must defeat the Russian Karen Khachanov, who defeated Nick Kyrgios in his last game.

The winner of the US Open in 2022 will be announced on Sunday. Daniil Medvedev won the event last year after winning three straight sets to claim his first US Open title.

Favourites to Win the Women’s Competition

Since many talented athletes consistently manage to win the trophy in spite of all odds, the Women’s Competition is usually exceedingly tough to predict. However, there are some things that we should keep in mind when talking about it.

First off, Serena Williams has left the competition and is no longer playing tennis. Also, the 19-year-old Emma Raducanu, who won the US Open last year, has already lost to Alizé Cornet of France and fell short of her expectations.

Ons Jabeur and Iga Swiatek, two of the top tennis players currently competing, will face off in the championship match.

Iga Swiatek, the current world number one, is our number one choice to win the women’s tournament. However, we wouldn’t be shocked if Ons Jabeur were to prevail in the final.

The US Open 2022 included several incredible matches, and after Kyrgios defeated top-ranked competitor Medvedev, everyone believed he could make it to the final and win the tournament. However, he failed to reach the semifinals, squandering another chance to win the US Open.

One of the most significant events was the retirement of Serena Williams. One of the best female athletes in history, who played her last match against Ajla Tomljanovic decided to retire from the sport at the age of 40 with a total of 98 titles.

Finally, Novak Djokovic once again was unable to attend the tournament but this time due to the United States’ strict vaccination requirements. Things could be slightly different if the previous world number one would have been in the tournament.