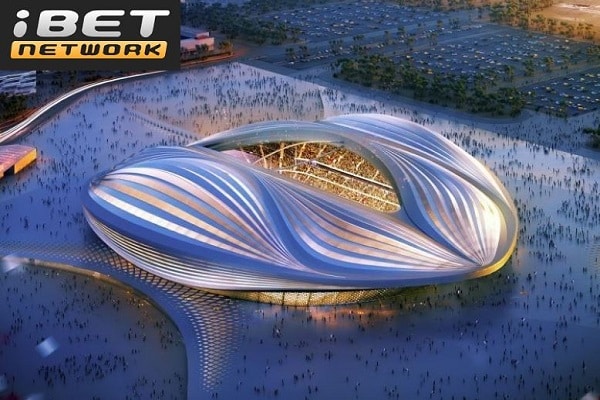 The FIFA World Cup 2022 is approaching! It can definitely be considered to be one of the largest events for sports in the whole world. Soccer is played on all continents and attracts people of all ages and of all kinds.

It is also one of the most popular sports betting events and you can take a look at our Online Sportsbook reviews to get a better understanding of the sites out there.

It’s not surprising that the interest in the tournament is huge this year, Qatar will be the host this time. Qatar isn’t really a soccer country that has made the World Cups before, so seeing how they will host everything will be interesting.

Here, we’re going to take a closer look at each group and what nations are the favourites to qualify for the playoffs and who we expect to reach the final.

Group A is where the hosting nation will play alongside Ecuador, Senegal and the Netherlands. Qatar is not expected to get much further than the group stage. With the teams they have beat it is understandable.

The Netherlands has long been a top soccer nation, players like Virgil van Dijk, Frenkie De Jong and Memphis Depay will surely do their best to come out winners from Group A. Bookies hold them as favourites to win, and so do we.

To qualify from Group A is a bit more uncertain, both Senegal and Ecuador will fight hard to get the second spot. Will Sadio Mané be the difference between the two teams? We believe chances are high for him to be.

In Group B we find two European nations, England and Wales, both from soccer-crazy Great Britain. Iran and USA will also participate in this group which can get quite interesting.

If you ask us, England should always be considered a contender, and in this World Cup, they are definite Group B favourites. A lot of brokers also have them in the top 3 to win the competition.

Who’ll take the second spot will be the major topic for discussion here. USA and Wales both have good teams. The US has grown a lot in recent years. However, the Americans are not at the same stage as Europe, but they’re getting there. It will be interesting to see if they can sweep second place from under Wales and Gareth Bale.

Group C will see Leo Messi’s Argentina face Poland, Mexico and Saudi Arabia. This is an exciting group that can offer spectators many surprises in our belief. We have Argentina, a team that’s regarded as one of the World Cup favourites, and we have Poland, a team that should never be counted out. Argentina won the Copa America in 2021 against Brazil.

Mexico does also offer great gameplay and a squad that may surprise. We hold Argentina as the favourite to win the group, but for second place things are looking unclear. Both Mexico and Poland have good chances to advance, the runner-up of the group will probably be the winning team from when the two teams face each other.

Group D has the reigning World Cup Champions France in it, they’ll play against Australia, Denmark and Tunisia to defend their title as World Champions.

In all honesty, we can’t see them losing to any of the teams in this group unless they are having a bad day. Sure, Denmark has some top players and looks strong, but Benzema, Griezmann and Mbappe are a trio that would have any soccer coach in thrill. The runner-up here is expected to be Denmark, Tunisia and Australia won’t have enough quality in the squad to challenge the Danes in our opinion.

Spain, Germany, Japan and Costa Rica, are the teams in Group E. It’s a group where we get to see two favourites go up against each other already in the group stage! The winner of that game will probably be the winner of the group in the end.

Spain and Germany are two nations equally excited about soccer. The quality of their domestic leagues is amongst the best in the world, and so are their national teams.

We suspect that Germany will activate their machine-like way of playing and overcome the Spaniards. But bookies suspect the opposite, Spain is a team with top quality throughout the whole squad, so things will get really interesting when the two teams go up against each other.

In Group F we find Belgium, Canada, Morocco and Croatia. This group is as equally interesting as Group E because Croatia was the runner-up at the 2018 World Cup in Russia. They lost against France in the finals in a staggering matchup.

This tournament will prove to be a challenge for them. Belgium has a squad looking stronger than ever. Although Croatia made it to the finals last time, most World Cup odds show Belgium as favourites to win the group. We suspect similarly as Belgium has a squad that plays quick and effective football.

Should Belgium win, Croatia will be the favourites for the 2nd spot in the group. Morocco can play good soccer too, however. So don’t stake all your money in this uncertain group.

One of the biggest favourites to win the 2022 World Cup is Brazil. Brazil is in it to win it. They lost last year’s Copa America final against Argentina by 0-1 and now they are looking for revenge.

Group G has Brazil as the favourite but the rest is unclear. Serbia, Switzerland and Cameroon are the other teams in the group.

Switzerland has had strong performances before, this year, we’ll have to see how they do against Serbia and Cameroon. We do suspect they will come out in 2nd place after the games have been played.

The last group of the Qatar 2022 World Cup is Group H. Here we find Portugal, Ghana, Uruguay and Korea.

It’s a group where we feel confident about our predictions. Cristian Ronaldo’s Portugal is a clear favourite to advance to the next round and win this group. They will probably be a tough team to beat in the playoffs too.

For second place, we have Uruguay as our favourite. The nation has some great players of international top class. Surely, Portugal might be too much for them, but Ghana and Korea shouldn’t be too difficult to beat. Oddsmakers also put them as clear runner-ups in Group H.

The 2022 FIFA World Cup is certain to bring us soccer of the highest quality, we’ll see the world’s best players compete and with that, tricks, goals and plays that we’ll talk about for months to come.

As always, some players attract the attention of the fans a bit more. Mainly for the entertainment, they provide with their skill.

It’s hard sorting out the players to watch in the World Cup of 2022. Most of the teams have at least one superstar and many other prominent players.

But as always, some of them stand out from the crowd.

Lionel Messi has been the talk of the town since his early days. Last year, he helped Argentina win the Copa America. He hasn’t looked all too convincing since his departure from Barcelona though, so many are wondering if he still got what it takes to make Argentina victorious.

Cristiano Ronaldo is another superstar that has been with us for some time now. Even at an older age, he keeps delivering quality for Manchester United. This may be his last World Cup, so chances are high that we’ll see a Ronaldo that will do what he can to take his team as far as possible.

Kylian Mbappe, the young star that scored the finest goal against Croatia in the last final. That time out, he was 19, he’s now 23 and ready to show the world what he learned since then.

One player that will probably be on the lips of people for as long as Messi and Ronaldo has been is Neymar. The superstar will try his best to bring the gold back home to Brazil.’

There are of course several others worth mentioning, Virgil van Dijk, Harry Kane, Luka Modric, Kevin de Bruyne, Pedri and Karim Benzema will all be highly valuable players when their nations compete in the FIFA World Cup 2022.

Favourites To Win the World Cup

So, with all that said, who are the favourites to win it all?

It’s a good question and difficult to answer. Several teams have been looking lethal during the qualifiers. The reigning champions France must be considered a major contender after winning the last World Cup.

Brazil and Argentina are as good as ever, it’s been some time since we last saw a South American World Cup winner. Will it change this year?

England, “The home of Football”, must always be kept in mind when talking about soccer. Harry Kane was exceptional for his Tottenham during the last season and Declan Rice is growing to become a giant on the pitch. Might this be the year that football comes home?

Spain and Germany also have two soccer teams that could win the World Cup without surprising anyone.

Our top 3 picks are:

As always with sports, anything can happen. With nations like Belgium, Netherlands and Croatia barely getting mentioned, you know that the quality is high. As a matter of fact, any of these top teams could win it. They have the quality, it’s a question of which team has the best coaching strategy.

Where can I place a bet?

Here is a list of recommended Canadian online sportsbooks where you can place a bet on the World Cup 2022 and get the best sportsbook bonuses.

These were our predictions for the World Cup 2022. We will keep this article updated with the latest odds and news as more information comes out.