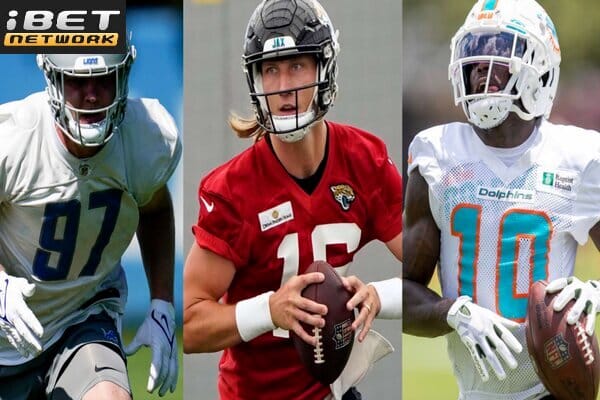 The third week of the NFL saw a lot of incredible games that, in my opinion, nobody anticipated. With the Vikings winning in the latter minutes of the game and the Miami Dolphins and Eagles both collecting three straight victories, the NFL is heating up. There are a number of games in Week 4 that you cannot miss. I will cover the top NFL Bets in week 4 in greater detail below.

If you’re a Canadian player trying to get the best odds, have a look at our sportsbook bonuses.

The Miami Dolphins are without a doubt one of the best teams so far this season. After defeating very difficult opponents like the Buffalo Bills, Baltimore Ravens, and New England Patriots, I strongly believe that they are set to have another strong campaign this year.

In their upcoming game, they’ll take on the Cincinnati Bengals, and everything points to a great matchup. The Bengals have only been successful in winning one game this season against the Jets and I do not think things are going well among the players. Everything points to an easy Miami Dolphins win in this matchup.

There are a lot of good games this week, but the New England Patriots vs. Green Bay Packers matchup is the one I’m most looking forward to.

Since Tom Brady left the Patriots, things have not gone well for the team. They have only been able to win one game since the beginning of the season, thus they are the underdogs going into this game. The Packers, on the other hand, defeated the Tampa Bay Buccaneers in their most recent game. The Bucs are one of the NFL’s top squads now, so the Packers go into this game as favourites. Despite their struggles, the Packers were always able to keep their calm and composure, which is a quality any team should possess while facing adversity. I would have to choose the Packers to win this match since they have only lost once and they are always getting better. But, I wouldn’t be shocked if the Patriots managed to pull off a victory.

Two of the most exciting teams to watch, in my view, are the Buffalo Bills and the Baltimore Ravens.

Making a prediction for this game is very difficult because I truly believe both teams can win. However, based on what I have seen so far if I had to pick one to win, I would choose the Buffalo Bills. However, as I previously stated, this is the type of game that is very tough to predict because both teams have very strong attacking players who can change the game at any time. In addition, they have won two times and lost only once since the start of the season.

The Tampa Bay Buccaneers vs Kansas City Chiefs game is another one that is incredibly difficult to anticipate. Both teams are having a good season, winning two games but losing their most recent game by tiny margins. The Bucs have made significant progress from last season, and in my view, they can make the Super Bowl final this year if they keep their composure. On the other hand, Kansas City is a very tough team to beat that never gives up in the face of adversity. With the Tom Brady factor I have them as favourites to win since it is difficult to bet against the best quarterback of all time.

Those were my top NFL predictions for Week 4. What do you think? For more information on the best NFL bets that you might be interested in, check out our online sportsbook reviews. If you want to watch all the games, go to DAZN Canada.