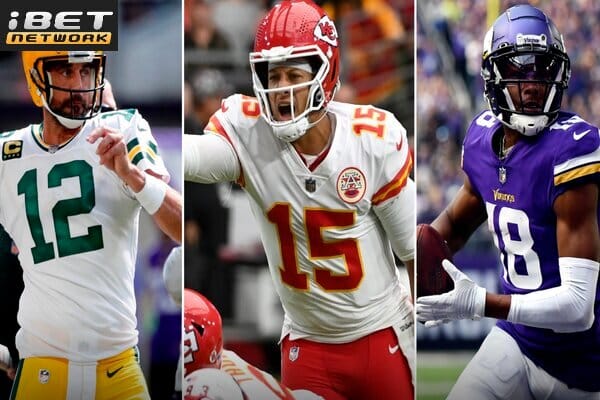 The fourth week of the NFL was one of the best ones since the season began. The big surprises for me this week were the Minnesota Vikings beating the New Orleans Saints in London and the Miami Dolphins losing to the Bengals in a game where they made a lot of mistakes. Another shocking moment was the incredible comeback of the Buffalo Bills against the Baltimore Ravens, with the Bills winning the game in the last seconds. If you’re as thrilled as I am, you already know that the upcoming week will exceed this one in quality. I’ll go into more depth about the top NFL bets for week 5 below.

Looking for the best odds as a Canadian player? Check out our sportsbook bonuses.

Everything points to a great matchup between the Miami Dolphins and the New York Jets. The Dolphins’ loss to the Bengals in the previous game prevented them, in my opinion, from maintaining their perfect record due to their numerous basic mistakes. On the other hand, the New York Jets defeated the Pittsburgh Steelers and now have a record of 2 wins and 2 defeats.

I would have to choose the Miami Dolphins to win this game because I firmly believe that they will improve upon the mistakes they made in the last game and use those lessons to defeat the Jets and secure first place in their division.

The Chicago Bears vs the Minnesota Vikings is without a doubt my pick for Week 5’s most exciting game. Both clubs are having a successful season this year with the help of fantastic coaches and players. The Chicago Bears will do all in their power to defeat the Vikings after losing to the Giants in their most recent game. On the other hand, the Minnesota Vikings had just one loss and three victories since the beginning of the season.

It’s quite difficult to predict who will win this game, but if I had to pick, I would go with the Vikings since they are a team that I really like watching and also because they are always up against big challenges.

Things are not going well for the Pittsburgh Steelers, who recently only won one game and suffered three losses at the start of the season. The Buffalo Bills, on the other side, are one of the best NFL teams this season, having only lost once and won three times. Their most recent game against the Baltimore Ravens was particularly impressive because, just as most watchers believed they had lost the game, they staged an incredible comeback to win it in the closing seconds.

I would have to choose Buffalo for this game because they have proven time and time again that their players are special and that they can persist even in the face of severe adversity.

Seattle Seahawks vs New Orleans Saints is another game that I’m looking forward to. It will be very difficult to predict this one, but if I had to pick, I would choose the Seahawks because I believe they are becoming better every game, as I saw in their most recent victory against the Lions.

The New Orleans Saints have only won one game since the start of the season, and had they been more fortunate, they could have been able to draw their most recent match. However, I wouldn’t be surprised if they could manage to take a win.

There were my top NFL predictions for Week 5. What are your thoughts? You can check our online sportsbook reviews for more details on the top NFL bets that could be of interest to you. Go to DAZN Canada if you want to watch every game.