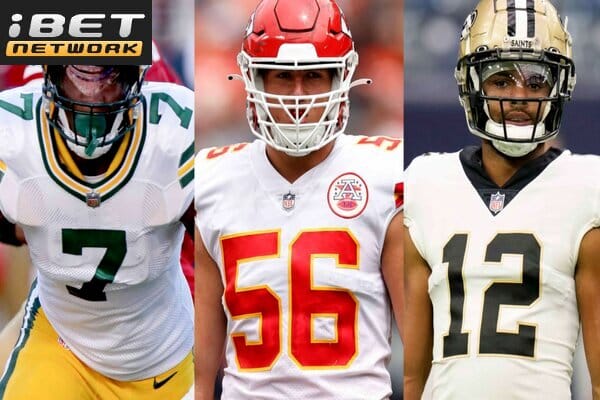 Week 6 of the NFL is going to be a great one with amazing matchups now that another week of the NFL is over. If I’m being completely honest with you, I was shocked when the Miami Dolphins lost to the New York Jets. Not because the Jets are a bad team, they are amazing, but because I thought the Dolphins had learned from their mistakes in previous games, which apparently they didn’t. The dominating performance of the New England Patriots against the Detroit Lions, which resulted in a 29-0 victory, was another game that shocked me. In my opinion, the following week will be better than this one. Below, I’ll go into more detail regarding the best NFL bets for week 6.

If you are Canadian and you are looking for sportsbook bonuses you can find them here with us.

If you’ve read any of my previous NFL articles, you know how much I like the Minnesota Vikings, thus this is probably my favourite game of the sixth week. The Vikings are among the best teams in NFL this season having lost only once and winning four. On the other hand, the Dolphins are also playing well, however, they have lost their last two games when they could have easily won them.

I firmly believe that the Vikings will defeat the Dolphins in this game. The Dolphins lost their previous two games by making the same mistakes. Something that they should have learned by now. I had to choose the Vikings in this one because they never give up, even when they are down by a wide margin.

Tampa Bay Buccaneers vs Pittsburgh Steelers is another game that I’d like to watch. In the last game, Tampa managed to defeat the Falcons in an exciting contest. Even though the Buccaneers have won three games and lost two, I honestly believed they would be better at the start of the season. The same can be said about the Steelers, who are likely off to one of their worst starts in a very long time and have only won one game and have lost four.

If I had to choose a winner for this game, I would pick the Tampa Bay Buccaneers, but I wouldn’t be surprised if the Pittsburgh Steelers won since they really need to win to get back on track. Otherwise, things will be extremely difficult for them this season.

New York Jets vs Green Bay Packers is another type of game that no NFL fan in the world wants to lose. Given that any of these sides can take the victory, this is the kind of game that is very hard to predict. I must admit that I was quite disappointed with the Packers in the last game as they were winning easily and still managed to lose to the Giants in London. On the other hand, the New York Jets’ stunning victory over the Dolphins in their most recent game caught me completely off guard.

The Green Bay Packers would be my choice if I had to pick only one team, not just because I really like them but also because I genuinely believe they have a better team and coach.

Atlanta Falcons vs San Francisco 49ers is also expected to be a fantastic game. I really enjoyed the San Francisco 49ers’ recent game versus the Carolina Panthers because, despite the Panthers’ poor start to the season, the San Francisco 49ers really look very strong on the offensive and defensive sides. When it comes to the Atlanta Falcons, despite the fact they already have lost 3 times and only won two times, I really like to watch the Falcons because they never give up on the game and if you see their results, their losses are most of the times by a very few short margins.

That´s why I think that this game is hard to predict, but if I really have to choose a team, I would definitely go with the underdogs, the Atlanta Falcons against all the odds. I have a strong feeling that they will defeat the San Francisco 49ers, who are unquestionably the favourite in this contest, and shock many people along the way.

And these were my best NFL picks for Week 6. Do you agree? For additional information on the best NFL bets that could be of value to you, check out our online sportsbooks reviews. If you wish to watch every game, visit DAZN Canada.