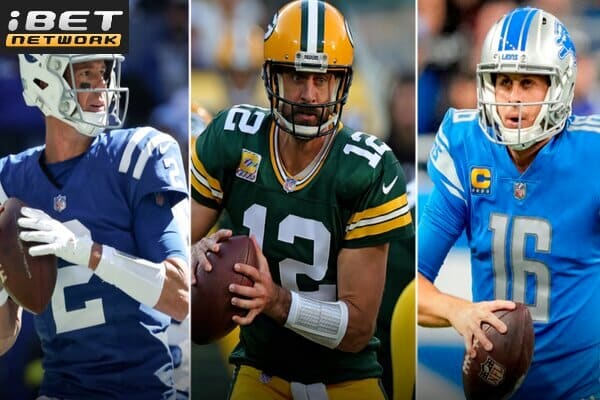 NFL Week 7 had some very interesting surprises and a lot of amazing games. I must admit that the Buccaneer’s loss against the Panthers was my biggest surprise. The game that I probably enjoyed watching most was without a doubt the Packers against the Commanders. For the Best NFL picks and bets Week 8, I will give you info about what I think will be the best games this week and a selection of odds so you can have a clear idea of which team you would like to bet on.

You can have the best sportsbook bonuses on our site if you’re from Canada (non-Ontario).

For the Philadelphia Eagles, the only club with no losses and the most victories, things just cannot get much better. I must admit that I had expected that they would get off to a solid start, but I doubt many people saw them go on to win every game they played.

On the other hand, the Pittsburgh Steelers are going through a difficult time. Their most recent game against the Miami Dolphins was yet another one in which they were unable to maintain control of the game and made some basic mistakes. Their current record is 5 losses and 2 wins.

My prediction: The Philadelphia Eagles to win this game with a point spread of -7.5 (-167 at Betway).

The NFL week 8 matchup between the New England Patriots and the New York Jets is one that I truly don’t want to miss. With the New York Jets taking the lead this season, the rivalry between these two clubs appears to be becoming stronger every year. With 5 victories and 2 defeats, the Jets are having a great season. Their recent game against the Denver Broncos was entertaining to watch. When it comes to the Patriots, I must admit that before the season even began, I was expecting them to be far better. I still believe they will get better, though. For them to get to the next level, I believe it will take some time.

With six victories and just one defeat this season, the New York Giants have flourished and are now among the greatest NFL teams this season. Their most recent game was against the Jacksonville Jaguars, and I got the chance to see it, so I can attest to the fact that they continue to improve. The Seattle Seahawks, on the other hand, are having a relatively decent season with 4 wins and 3 losses since the season’s beginning. I especially enjoyed watching their most recent game against the Los Angeles Chargers because they were clearly superior and were able to maintain control of the game from the start to the very end.

The Green Bay Packers matchup with the Buffalo Bills is another fantastic game to see this season. The Green Bay Packers are among the most dangerous teams in the NFL right now, and even though they lost their most recent game to the Washington Commanders, I believe that they still have a chance to win this game. Of course, if I had to pick one team to win, I would have to pick the Buffalo Bills, but anything is possible.

These were my top NFL picks for Week 8. What do you think? Check out our online sportsbooks reviews page for more details on the top NFL wagers that may be useful to you. You can also visit DAZN Canada if you want to watch all the games.