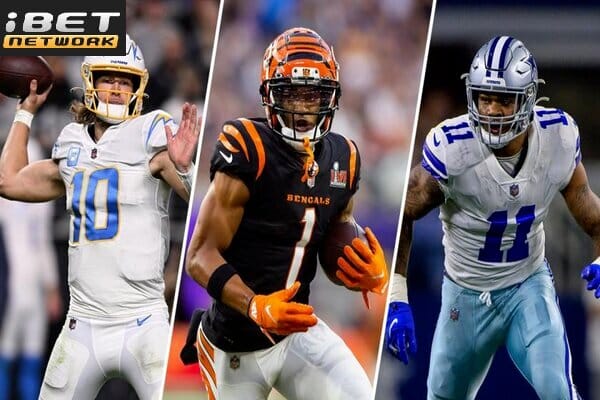 The NFL week 9 had some amazing moments and some games that surprised many fans across the world. In this Best NFL Picks and Bets Week 10 article, I’ll do my best to share my viewpoints with you regarding the games you should keep an eye on when placing your bets this week, as well as where to look for the best odds.

The Detroit Lions vs Chicago Bears is set up to be a very interesting game to watch. With both teams having a bad start to the season, the Detroit Lions are without a doubt the worst team in the NFL now together with the Jaguars. I was expecting the Lions to be better, and I think that they will finish in last place in the division if they do not start improving right now.

Regarding the Chicago Bears, they haven’t been great either. They are not among the worst teams, but they also manage to lose games by making basic mistakes. Just look at the games against the Packers and the Vikings. For this game I would have to go with the Chicago Bears, given the fact the Lions are very bad right now, I can´t see them winning this game.

Another great game that I really don’t want to miss is the Dallas Cowboys vs Green Bay Packers. For this game, I have to say that is going to be very hard to predict which team has the higher chance of winning. There are some things that we should keep in mind before jumping into it. First, the Packers have already lost at least 5 games since the start of the season and I wish I could say that they are getting better, but I think they are getting worse. It is going to be hard to turn it around if they don’t fix the issues that they have.

On the other hand, the Dallas Cowboys have impressed me since the start of the season, not only because of the way that they are playing but because I really think that they can finish in second place in the NFC East division. I wish I could say that they can finish first, but that place is guaranteed for the Eagles who are having an amazing season. For this game, I must choose the Dallas Cowboys because the Packers have a lot of things that they must improve first before they can win this game.

The Washington Commanders vs Philadelphia Eagles is the best game of NFL week 10 without a doubt. Both teams are having a very good season, especially the Eagles who still haven’t lost any games. They don’t seem like they are going to lose any time soon. Nevertheless, we should be aware that the Washington Commanders are also having a solid season. I really believe that they can do some damage if the Eagles make a few mistakes.

This will be the second time that the teams play against each other. In the first game, the Eagles beat the Commanders by a wide margin, 24-8. I would have to bet on the Eagles like anyone else. At the moment, they are overwhelming favourites for this game, but you never know…

My top NFL predictions for Week 10 were those. What are your thoughts on that? Have a look at our online sportsbooks reviews If you want to learn more about the NFL’s greatest betting odds. Check DAZN Canada in order for you to view all the games you want.