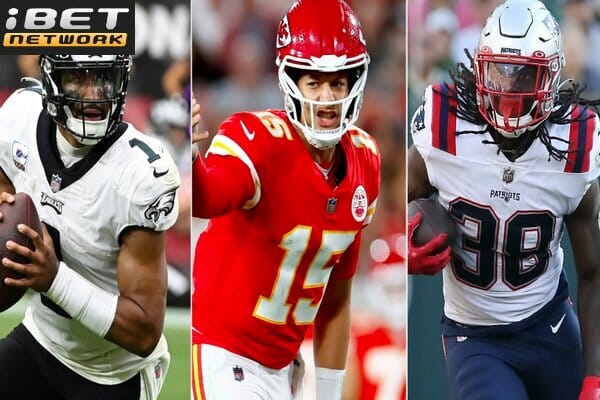 NFL Week 8 had some incredible games that I don´t that anyone was really expecting. From the Commanders winning the Colts in the last seconds of the game against a very strong opponent. I have to say that the Jaguars and the Panthers were the two teams that disappointed me the most since I was expecting them to win. In my Best NFL Picks and Bets Week 9 article, I will give you a closer look at some of the best games for Week 9 and which teams have the best chances of winning.

Learn about sports betting with us and get the best odds.

I really don’t want to miss the Buffalo Bills’ game against the New York Jets. To be quite honest, I believe the Bills, along with the Eagles and Vikings, are three of the best teams in the NFL right now. They are having an incredible season. The New York Jets, on the other hand, are also having a very exciting season, but they recently lost to the New England Patriots, which surprised me considering how poorly the Patriots have been playing this year.

I really believe that the Buffalo Bills will dominate this game from beginning to end, and I genuinely doubt the New York Jets will be able to defeat them. Nevertheless, I believe that the Jets are the type of club that will fight hard and put up a good fight like they always do.

If I’m being honest with you, the Los Angeles Rams vs. Tampa Bay Buccaneers game is going to be incredibly difficult to forecast and not for positive reasons. I wouldn’t have believed it if someone had told me before the season that both teams would struggle at the start of the season, but that is exactly what is occurring right now.

The Los Angeles Rams, who won the Super Bowl, have already lost four games, and don’t appear to be improving anytime soon. The Tampa Bay Buccaneers have already dropped five games, and I must admit that if Tom Brady weren’t on their team, they probably would have lost even more. I watched their most recent game against the Ravens, and I genuinely felt that their defence needed some work if they were to finish first in their division.

I have a strong feeling that the Los Angeles Rams have what it takes to control the game from the beginning to the end, therefore if I had to pick one side to win, I would have to pick them in this one.

The Ravens against the Saints are probably the game that I really don´t want to miss. After seeing the Ravens beating the Tampa Bay Buccaneers I`m starting to think that they have with it takes to finish on the top of the division. The Saints also won their last game in a spectacular way against the Raiders by an impressive 24-0.

In my opinion, both teams are going to this game with a win so I`m sure that they are very confident, however, I think that the Ravens will win this game, not by a very large margin, but they will win it comfortably.

My top NFL predictions for Week 9 were those. What are your thoughts on that? Have a look at our online sportsbooks reviews if you want to get more information about the best odds to bet on NFL. Check DAZN Canada so you can watch all the games that you want.