English Premier League: Season Round Up 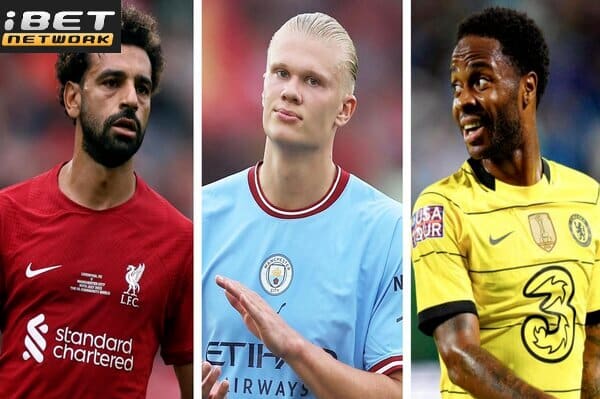 The Premier League has been amazing this year with new teams competing for first place like we haven´t seen before in years. Arsenal and Newcastle have been the most impressive teams so far and Liverpool and Chelsea the most disappointing. In this English Premier League: Season Round Up article I will go over the season so far and focus on the most interesting teams so far this season and share their odds of winning the season this year.

Arsenal has been the biggest surprise of the 2022-2023 season. Being in first place in the league, with 37 points, they stand above Manchester City and Liverpool, something that I wasn´t expecting. If someone told me they would have been in this position before the start of the season, I would have laughed in their face. With the arrival of new players like Gabriel Jesus, Oleksandr Zinchenko and Fábio Vieira, this squad has improved a lot from last season and Mikel Arteta has been doing a fantastic job with these players.

It´s always hard to tell if Arsenal has what it takes to finish as champions. They have been in this position in the past, only to stutter out by the end of the season. Also, this year we have the Premier League stopping for a month because of the World Cup, which is something no team has had to deal with before. However, one thing that we have to keep in mind is that they have very important players injured for the next games, some of them are Gabriel Jesus, Oleksandr Zinchenko, Emile Smith Rowe, Takehiro Tomiyasu and Albert Sambi Lokonga.

Arsenal are having an amazing season so far and it´s been a while since they played like that, however, I have a strong feeling that first place will go to Manchester City.

Another team that has been very surprising this season has been Newcastle, which is in the top 3 right now. If you watched any Newcastle games you probably realized they are playing much better than last season. The club was bought by the Saudi Arabian Public Investment Fund (PIF) in October of 2021, becoming the richest club in the world. By saying that, we can all agree that money has the power of buying the best players in the world, just look at PSG.

With the arrival of new players like the two centre-forwards Alexander Isak and Sven Botman and with the departure of a lot of deadwood, Newcastle has cleaned up some of the players who did not have the quality to help the team to grow. They are in third place with 30 points and they currently have the best defence in the league. Their only loss came against Liverpool. Their best player has been Bruno Guimarães in my opinion.

I’m pretty sure that everyone expects Manchester City to win the league by the end of the season. It is no surprise if they do, and they are still firm favourites to do so, even though they are currently in second place at the moment. The only surprising thing so far is how strongly Arsenal has started the season, but we need to keep in mind that Arsenal and Manchester City have not played each other yet. Once those two teams clash we will have a much clearer picture of who will probably finish as champions.

City were already the behemoth of this league and with the addition of Erling Haaland, they have become even more of an unstoppable force. If I had to place a bet on any team to finish first, it would definitely be Manchester City. But, let’s be honest, it would be nice to see someone else win the league.

Unless Arsenal, or maybe even Newcastle, can pull off something special this year, I think the league belongs to Manchester City and this would be the safest bet.

Probably the most disappointing team so far has been Liverpool. Having finished in second place last season and going to the Champions League final against Real Madrid, I wouldn´t think that this team would have been so poor this season.

Standing in 6th place with 22 points, I do not think anyone is expecting them to win this season, especially when there are teams like Arsenal and Newcastle who are having very good seasons. It is difficult to understand why they are not performing quite as well as they were last season. However, there are a few components that have had a big impact on this team this year. The departure of Sadio Mane who was one of the most important players in that team and the bad signing of Darwin Nunez was one of the reasons why they are like this right now.

I don´t see this team winning anything this season, and I don’t think they will get in the top 5.

I was doubting whether I should put Manchester United on this list. With the new signings that they made this season, I really thought that they would have been way better. With the arrival of Erik ten Hag, there was a feeling that this team could start playing better football than they were last year. However, the season did not start in the best way possible. After losing to Brighton and Brentford, United understood that they had to make new signings if they wanted to compete to become champions.

With the arrival of Antony, Casemiro, Lisandro Martínez and Christian Eriksen, they should already be there. I think that they will start playing way better with these players, especially in the defence with Lisandro Martínez who just won the World Cup with Argentina.

They are in the 5th place in the league with 26 points and it´s going to be interesting to see if they finish in the top 3 this season.

Probably the most disappointing this team aside from Liverpool, Chelsea has been dreadful since the start of the season. If someone told me that Chelsea would have been in the place that they are right now, I wouldn´t have believed it. After Thomas Tuchel was sacked, the new coach Graham Potter took the job to improve the team. With the arrival of new players like Wesley Fofana, Marc Cucurella, Raheem Sterling, Koulibaly and Pierre-Emerick Aubameyang everyone thought that this team would be competing to finish at the top of the league. However, things have not worked out quite as well. Of course, there were some departures and Kante has been injured since the start of the season.

They are in 8th place with 21 points and I really cannot see them finishing in the top 5 this season.

And this was my English Premier League: Season Round Up. Have a look at our online sportsbooks reviews If you want to learn more about other sports betting odds. Check DAZN Canada in order for you to view all the games you want.