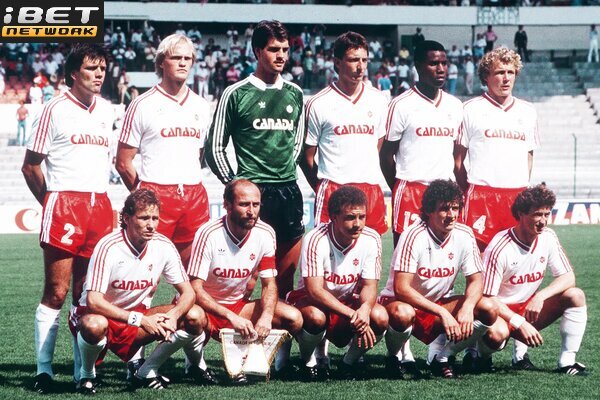 Canada is well known around the world for its enthusiastic sports fans when it comes to ice hockey and football. However, even if they don’t have a strong soccer team, they managed to qualify for the 1986 World Cup, surprising many people all around the world. That was the year when Argentina won the final against Germany. The tournament was full of spectacular moments like the Hand of God produced by Maradona against England in the semi-finals and his second goal where he managed to score after a long run where no one was able to stop him. In this article, I will give you the History of Canada in the World Cup (1986).

If you are interested in placing a wager on Canada at the World Cup, check out our sports betting page and find an amazing variety of the best odds.

The CONCACAF Championship was played in 1985 and served as a World Cup qualifying event in 1986 as well. The competition featured 18 teams in total and 2 spots in the final tournament were given to the North, Central, and Caribbean zone.

Their first game to get into the world cup qualifications happened against Haiti on 13 April 1985 where Canada manage to win by a 2-0 margin. In their second game against Guatemala, on 20 April 1985, they also won the game by 2-1. Lastly, they played each other once again on 5 May 1985 where they draw 1-1.

After defeating these teams two times, Canada managed to get to the final round of the world cup qualifications where they draw 1-1 against costa Rica after they beat Honduras. They played against Costa Rica where they draw 0-0 and then they played once again against Honduras in St. John’s, Newfoundland where they won 2-1 qualifying for the world cup in Mexico. The goals were scored by George Pakos and Igor Vrbalic.

It was a great achievement when they got to the world cup, however, the most difficult part was yet to come. On the first of June of 1986, they played against France where they lost by only 1-0. This was something that surprised everyone since France was one of the strongest candidates to win the world cup. The game was played at the Nou Camp, León stadium. The goal was scored by the French player Jean-Pierre Papin.

In their second game against Hungary, they lost by 2-0 and after that, they were already out of the competition. The game was played in Sergio León Chavez Stadium, Irapuato. The goals were scored by Márton Esterházy and Lajos Détári.

Their last game was against the Soviet Union where they also lost 2-0. Even though they didn’t score any goals, the fact that they went to World Cup was something positive. The game was also played in Sergio León Chavez Stadium and the goals were scored by Oleg Blokhin and Oleksandr Zavarov.

For the 2022 World Cup in Qatar, they are in a difficult group. Probably even more difficult that the one that they were in 1986. Playing against Belgium, Croatia and Morrocco will be extremely difficult. I really cannot see them progressing to the next round. However, if they manage to win against the top teams in the group they can get to the next stage.

And there concludes my short History of Canada in the World Cup (1986).