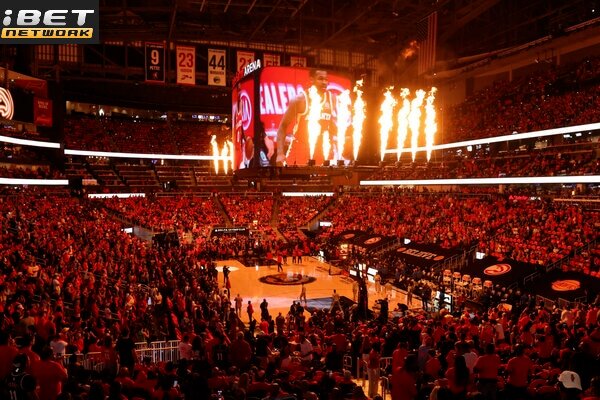 The past weekend featured exciting matches as usual. The Thunder’s victory over the Nuggets and the Nets’ crushing defeat of the Golden State Warriors were both unexpected. In this NBA Picks: Bucks vs Pistons, Hawks vs Bulls, Grizzlies vs King’s article, I will give you a breakdown of each game, my pick, and where you can find the best odds.

The Detroit Pistons are currently experiencing a difficult season, occupying a lowly position in the Eastern Conference with a record of 12 wins and 36 losses. Bojan Bogdanovic, the Pistons’ leading scorer, has been averaging 21.3 points per game. The team enters this match on the back of three consecutive defeats. They tend to score 112 points per game while allowing 119.6.

On the other hand, the Milwaukee Bucks have had a remarkable season thus far, holding a strong position in the Eastern Division with a record of 29 wins and 17 losses. Giannis Antetokounmpo, the Bucks’ leading scorer, has been averaging an impressive 31 points per game. They tend to score 112.4 and allow 111.4 points per game. This will be the third encounter between these two teams, with the Bucks emerging victorious in the previous two meetings back in November.

The Atlanta Hawks, in a quest to redeem themselves, shall embark on an expedition to the metropolis of Chicago, where they shall engage in a great match against the Chicago Bulls. The Hawks enter this contest with a blemish on their record, having recently suffered a defeat at the hands of the Charlotte Hornets, they have been improving a lot in their most recent games. At present, the Hawks are 8th in the Eastern Conference with a record of 24 wins and 23 losses, averaging 116 points per match while yielding 116.3 points per game.

On the other hand, the Chicago Bulls currently hold the 10th spot in the Eastern Conference with a record of 21-24, averaging 114.8 points per game on offence, while conceding 115 points per contest. The Bulls enter this match fortified by a recent triumph over the Detroit Pistons, a game that was a personal pleasure to watch. This encounter shall mark the third time these two teams have clashed this season, with the Bulls emerging victorious in the previous encounter.

My Pick: The Chicago Bulls to win this game with a point spread of -1 @ -110 with Betsafe.

Another great matchup to behold is the contest between the Memphis Grizzlies and the Sacramento Kings.  The Grizzlies are currently occupying a formidable position in the Western Conference, boasting a record of 31 victories and 15 defeats. Ja Morant, the Grizzlies’ leading scorer, has been a formidable force averaging 27.2 points per game. The team enters this match on the back of two consecutive losses against the Los Angeles Lakers and Phoenix Suns, however, prior to that, they had been on an 11-game winning streak. On average, the Grizzlies tend to score 117.4 points per game and allow 111.9 points per game.

The Sacramento Kings enter this match with a defeat fresh in their memory, having recently fallen to the highly competitive Philadelphia 76ers. The Kings currently hold the 3rd spot in the same division as the Grizzlies, boasting a record of 31 wins and 15 losses. The team tends to put up an impressive 120 points per game while conceding 117.1 points per contest. De’Aaron Fox, the Kings’ leading scorer, has been an integral part of the team’s offensive success, averaging 24.2 points per game.

This will be the fourth time that these two teams are going to play against each other. The Grizzlies currently hold an advantage in the series with 2 wins to the Kings’ 1.

This ends my NBA Picks: Bucks vs Pistons, Hawks vs Bulls, Grizzlies vs King’s article. You may always check our online sportsbook reviews to find the best sports betting sites and bonuses if you want to place bets on the sports you like. Check DAZN Canada in order for you to view all the games you want.