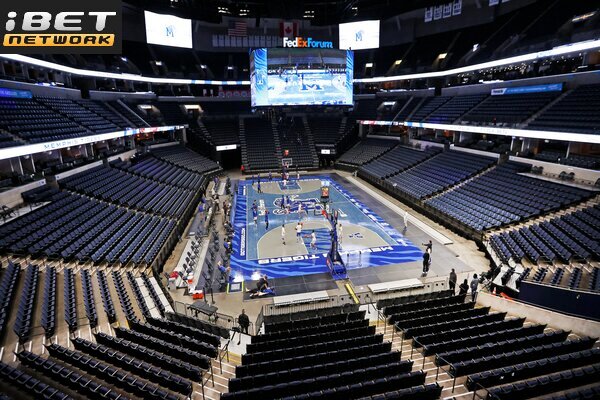 Yesterday, the NBA was full of entertainment with some amazing matches that I enjoyed watching and I’m sure every real basketball fan enjoyed it, too. The Bulls beating the Celtics was my favourite game. I was expecting them to have a great game against the Celtics. However, I wasn’t expecting the Pistons to beat the Magic. In this NBA Picks: Clippers vs Celtics, Grizzlies vs Raptors, Rockets vs Mavericks article, I will give you a breakdown of each game, my pick, and where you can find the best odds.

The Clippers are right now very confident as they are coming for this game with 2 straight wins against the Pistons and the Raptors. Nevertheless, the Celtics are always hard to beat, especially when they are playing in their hometown. This will be the second meeting between these two this season. The Clippers prevailed in the first encounter, 113-93.

The Los Angeles Clippers are presently sitting in 4th position in the Western Conference standings, 2.5 games back of the leading Nuggets. They average 109.2 points per game on offence and shoot 46.4% from the field. Regarding their defence, the Clippers have allowed their opponents to shoot 45.4% of their shots from the field and are giving up 108.6 points per game.

On the other hand, the Boston Celtics are the best team right now in the NBA together with the Pelicans. Being in first place in the Eastern Conference with a record of 25-10, they have everything to reach the NBA championship finals once again if they keep playing the way they are. Regarding their offence, they tend to score 118.9 points per game, and their field goal percentage is 47.9%. Regarding their defence, they tend to allow 112.1 points per game while making it difficult for their rivals to shoot more than 46.5% of, making the field.

My Pick: The Boston Celtics to win this game with a point spread of -6 @ -110 with Betsafe.

Another great game I´m excited to watch is the Grizzlies vs Raptors. First, the Grizzlies are having an amazing season so far. Being 3rd in the Western Conference with a 20-13 record I have to say that I really love the way that they are playing right now. Despite they have lost two games in a row, I believe they will come back stronger for this game against the Raptors. Ja Morant has been the best player together with Desmond Bane.

The Raptors aren´t having the best season so far, being 11th in the Eastern Conference with a record of 15-19, I have to say that I was expecting way more from them. They tend to score 111.4 points per game which is way lesser than the Grizzlies.

There are some things that we must keep in mind for this game, first, both teams are coming with a loss so they will do everything they can to win this game, second, the game is going to be played in Toronto, so the Raptors have a small advantage. The raptors have a lot of injured players right now, on the other hand, the Grizzlies only have Vince Williams and Danny Green injured.

And finally, the Houston Rockets against the Dallas Mavericks is probably another game that I don´t think anyone will want to miss.

The Rockets are 15th in the Western Conference with a record of 10-24, they are the worst team in the NBA together with the Pistons right now. I have to say that I wasn´t expecting much from them before the start of the season, however, I really wasn´t expecting that they would be at the bottom of the division.

Regarding the Mavericks they are having a solid season so far, being in the 7º of the Western Conference with a record of 19-16, they have won their last four games against the Knicks, Lakers, Rockets and Timberwolves so they are coming very confident for this game.

This will be the third time that these two teams are going to face each other. Both have won each other one time, however, this time things are different and if Luka Dončić has a good game, I really can´t see the Rockets winning this game.

My Pick: The Dallas Mavericks to win this game with a point spread of -10 @ -110 with Betsafe.

This ends my NBA Picks: Clippers vs Celtics, Grizzlies vs Raptors, Rockets vs Mavericks article. You may always check our online sportsbook reviews to find the best sports betting sites and bonuses if you want to place bets on the sports you like. Check DAZN Canada in order for you to view all the games you want.