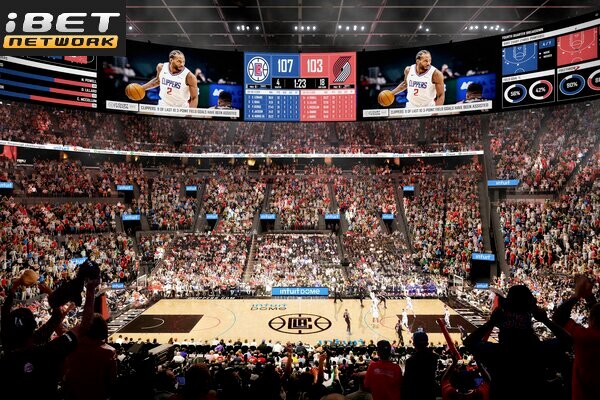 There were several amazing games last week, including the Golden State Warriors beating the Boston Celtics with the help of Klay Thompson and Steph Curry and the Bulls destroying the Mavericks by a large margin. Those were two of my favourite games. For this NBA Picks: Nets vs Wizards, Heat vs Pacers, Celtics vs Clippers article, I will go over those games, give you my picks, and a selection of the best odds.

The Brooklyn Nets have won their last 3 games and I have to say that I`m very impressed with the way that they are playing right now. They played their last game against the Pacers without Kevin Durant and Kyrie Irving, and they still managed to get a win with the help of Matty Mills and Cam Thomas who scored most of the points. They have a record of 16-12 and stand in the fourth position in the Western Conference, I think they can take the third spot if they keep playing like they are, however, it´s going to be very hard to do more than that as Celtics and Bucks are at the top of the division.

Regarding the Wizards, they had a strong start, however, in these past few weeks, they have been horrible. Standing in the 12th place in the Eastern Conference division, they have a record of 11-16, having lost their last 6 games.

This will be the third time that these two teams are going to play against each other, and the Nets won the first two games, so I think they are going to win it once again.

The Miami Heat against the Indiana Pacers is going to be a very interesting game to watch. Having lost their last game at home, Miami will want to win their confidence back and get another win as they did in their previous matches. They are currently in 10th place in the Eastern Conference division with a record of 12-15. This team tends to surprise me, but in a negative way, like when they lost against the Pistons, who are the worst team in the NBA right now. The Pacers are having a better season, being in 7th place in the same division with a record of 12-15, they are going to play this game after a defeat against the Nets.

It´s very hard to predict who is going to win this game, however, if I had to choose, I think I would go with the Pacers, not only they are playing better but they have better players in my opinion.

Probably the best game of this week is without a doubt the Celtics against the Clippers. The Boston Celtics are the best team in the NBA right now, with a record of 21-6 and being the highest-scoring team (120.3 PPG). They stand in first place in the Eastern Conference division. Even though they lost their last game against the Golden State Warriors, I believe that they have everything to win the NBA championship this year.

On the other hand, the Clippers aren´t making a bad season as well, being in the 7º place of the Western Conference with a record of 15-13, they tend to score 107.7 points per game.

This will be the very first time that these two teams are going to play against each other this season, so it´s going to be very interesting to see how things are going to play out. The Clippers are the underdogs, which means that every time they are the underdogs, they have a 30% of chance of winning the matches according to the statistics. If I had to choose, I would go with the Boston Celtics, they are not only playing better but they also have better chemistry between their players.

My Pick: The Boston Celtics Moneyline -167 with Betsafe.

This ends my NBA Picks: Nets vs Wizards, Heat vs Pacers, Celtics vs Clippers article. You may always check our online sportsbook reviews to find the best sports betting sites and bonuses if you want to place bets on the sports you like.