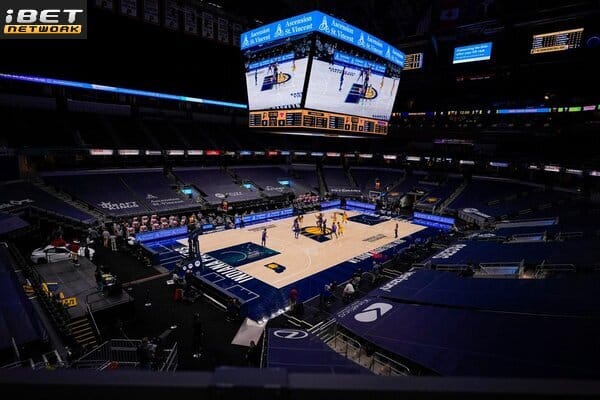 I am highly anticipating the games to come, yet I must acknowledge that the matches from the previous day held a particular appeal for me, particularly the encounter between the Denver Nuggets and the New Orleans Pelicans, and the showdown between the Los Angeles Clippers and the Los Angeles Lakers. In this NBA Picks: Pacers vs Magic, Nets vs 76ers, Raptors vs King’s article, I will give you a breakdown of each game, my pick, and where you can find the best odds.

The Indiana Pacers, currently occupying the ninth position within the Eastern Conference, have amassed a record of 24 victories and 25 defeats. Despite a recent triumph against the Chicago Bulls, which was a highly entertaining spectacle to behold, the team has struggled with consistency, having only secured a single victory in their preceding eight contests. On average, the Pacers tend to score 115 points per game, while conceding an average of 116.6.

On the other hand, the Orlando Magic, situated in the 13th position within the same division, have had a suboptimal campaign thus far, with 13 wins and 29 losses. They come into this matchup on the heels of a commendable victory against the Boston Celtics, but their offensive output remains a concern, averaging 110 points per game, a statistic that they must strive to improve. Defensively, they tend to allow 114.3 points per game.

This encounter will mark the third time these two teams have faced each other in the current season, with the Pacers having emerged victorious in both previous matchups, which took place in November.

My Pick: The Indiana Pacers to win this game with a point spread of +6 @ -110 with Betsafe.

The matchup between the Brooklyn Nets and the Philadelphia 76ers is highly anticipated and I am eagerly awaiting the outcome. The Nets recently secured a victory against the Golden State Warriors and have proven to be a formidable team even without Kevin Durant. They currently hold the fourth position in the Eastern Conference with a record of 29 wins and 17 losses and boast an impressive offensive output, averaging 113.7 points per game, while also exhibiting defensive proficiency, allowing only 110.7 points per game. Kyrie Irving and Durant have been standout performers for the team, with Durant leading the team in scoring.

The 76ers have been in excellent form, having only suffered a single defeat in their preceding eight matches. They currently hold the second position in the Eastern Conference with a record of 30 wins and 16 losses and possess a potent offence, averaging 114.1 points per game, and a strong defence, allowing an average of 110.2 points per game, which is among the best in the league. James Harden and Tobias Harris have been instrumental in their success thus far. This will be the second time these two teams face off against one another, with the 76ers having emerged victorious in their previous encounter in November.

The Toronto Raptors are not doing well in the league this season and are currently in 13th place in the Eastern Conference with 21 wins and 27 losses. They are coming into this game after a win against the Knicks, but haven’t won many games recently. Fred VanVleet is their best player. They usually score 112.6 points per game and allow 112.4 points per game.

On the other hand, the Sacramento Kings are having a great season and are in 3rd place in the Western Conference with 27 wins and 19 losses. They are coming into this game after a win against the Grizzlies. They are the best team in the league when it comes to scoring, averaging 120.3 points per game, but they also allow a lot of points, 116.7 per game.

This game should be exciting, both teams struggle with defense. This is the second time these two teams are playing each other, the Kings won the first game.

My Pick: The Sacramento Kings to win this game with a point spread of -3 @ -110 with Betsafe.

This ends my NBA Picks: Pacers vs Magic, Nets vs 76ers, Raptors vs King’s article. You may always check our online sportsbook reviews to find the best sports betting sites and bonuses if you want to place bets on the sports you like. Check DAZN Canada in order for you to view all the games you want.