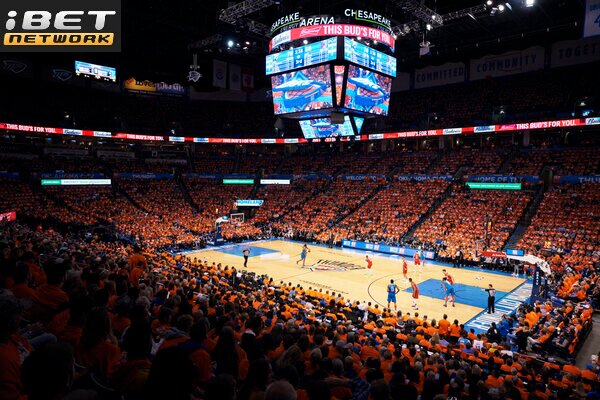 Yesterday the NBA had some wild games and moments that I truly wasn’t expecting. The two biggest surprises of the night were the Golden State Warriors losing to the Pistons and the Bulls defeating the Nets. In this NBA Picks Week 12: Celtics vs Mavericks, Knicks vs Raptors, Nets vs Pelicans, Wizards vs Thunder article I will give you a breakdown of each game and the best odds so you can bet on your favourites.

The Boston Celtics are having an amazing season, being in first place in the Eastern Conference with a record of 26-12. They score 118.6 points per game and shoot 47.8% from the field. Regarding their defence, the Celtics are giving up 113.3 points per game.

The Dallas Mavericks are also having a very good season so far as they stand in 4th place of the Western Conference with a record of 22-16, the Mavericks won their last 7 games with Luka Doncic being the best player scoring on average 34.3 points per game. Regarding their offence, they score 112.6 goals per game, however, the Mavericks give up only 110.3 points per contest.

My Pick: The Boston Celtics to win this game with a point spread of +3 @ -110 with Betsafe.

So far this season, the New York Knicks are doing well. They are coming into this game with a record of 21-18 and are now in sixth place in the Eastern Conference. Having won three straight games against the Spurs, Suns, and Rockets. The Kicks score 114.2 points per game and allow 111.4.

On the other hand, the Toronto Raptors are not having a good season as we already know. In 12th place in the Eastern Conference with a record of 16-22, the Raptors score on average 111.1 points per game allowing only 111.4 points per game. If they manage to improve their offensive side and keep doing a good job on their defence they will improve.

This will be the second time that these two teams are going to face each other, the Raptors won the first game back in December.

My Pick: The New York Knicks to win this game.

Probably the best game of the Night is without a doubt the Brooklyn Nets vs New Orleans Pelicans. Both teams are having an amazing season so far, with the Nets being in third place in the Eastern Conference with a record of 25-13. They suffered a loss for the first time in 13 games – against the Bulls. I have to say that I never thought they would be in this position after having a terrible start to the season. The Nets score 115.1 points per game and usually allow 111.1. Kevin Durant has been their stand out player so far.

The Pelicans are also one of the best teams together with the Celtics and the Nuggets. Standing in third place in the Western Conference with a record of 24-14, they are coming into this game after a victory against the Rockets. The Pelicans have the third-best offence in the NBA, scoring a total of 117.5 per game on average and allowing 112.8 points per game.

This will be the second time that these teams are going to face each other this season, the Pelicans won the first game back in October.

My Pick: The Brooklyn Nets to win this game.

Finally, another great game that I’m excited to watch is the Washington Wizards vs Oklahoma City Thunder. The Washington Wizards are in 12th place in the Eastern Conference with a record of 17-22. They are playing this game after a defeat against the Bucks. The Wizards tend to score 112.1 points per average and allow only 112.7.

Regarding the Oklahoma City Thunder, things are not going well for them. With 16 wins and 22 losses, they stand in 13th place in the Western Conference. Even though they lost their last match against the Magic I was very surprised with their victory against the Celtics by 150-117, that was one of their best games so far this season.

This will be also the second time that these teams will play against each other. The Thunder won the first back in November.

My pick: The Washington Wizards to win this game.

This ends my NBA Picks Week 12: Celtics vs Mavericks, Knicks vs Raptors, Nets vs Pelicans, Wizards vs Thunder article. You may always check our online sportsbook reviews to find the best sports betting sites and bonuses if you want to place bets on the sports you like. Check DAZN Canada in order for you to view all the games you want.