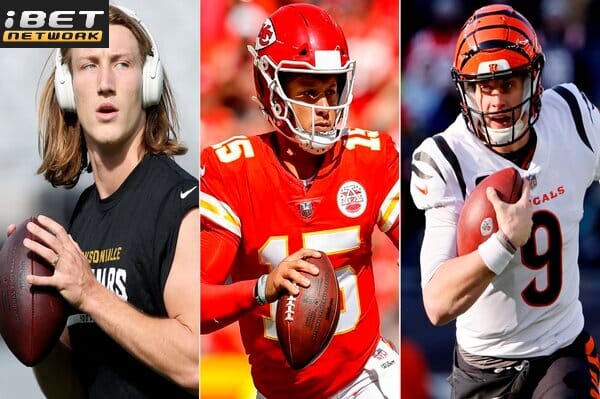 As the NFL playoffs progress, the competition intensifies as the league’s premier teams strive to secure a spot in the ultimate game of the season, the Super Bowl final. In this NFL Divisional Playoffs Breakdown, I will provide you with the latest odds and in-depth information about the top teams to help you stay informed and give you the best odds.

The Jaguars have been on a roll in recent matches, with their comeback victory against the Chargers being particularly noteworthy. Despite falling behind early in the game, the team managed to turn things around and secure the win, thanks in part to Lawrence’s four touchdown passes. The team averages 23.8 points and 357.4 total yards per game, with Lawrence leading the offence with 4,113 passing yards, 25 passing touchdowns, and eight interceptions. On defence, the Jaguars surrendered 20.6 points and 353.3 total yards per game.

On the other hand, the Kansas City Chiefs are considered the favourites to win the competition, as they have been one of the top teams in the NFL this season along with the Eagles and the Bills. The Chiefs average 29.2 points and 413.6 total yards per game, with quarterback Patrick Mahomes leading the offence with 5,250 passing yards, 358 rushing yards, and 45 total touchdowns. Defensively, the Chiefs give up 21.7 points and 328.2 total yards per game.

Given the Chargers’ mistakes in their game against the Jaguars, it is likely that the Chiefs will not make the same errors and will come out on top in this matchup.

MY PICK: The Kansas City Chiefs Moneyline bet of -455 at Betsafe.

The Giants and Eagles will face off in a highly-anticipated match, as it will be the third time these two teams have met this season. The Giants will be seeking to improve upon their previous losses to the Eagles and come out on top. After a surprise victory against the Vikings, the Giants are entering this game with renewed confidence and determination to beat one of their longstanding rivals. Daniel Jones has had a strong season, completing 317 out of 472 pass attempts, and the Giants have an average of 21.5 points and 201.8 passing yards per game. Their recent win also marked the team’s first playoff win in 11 years.

The Eagles are considered to be one of the top teams in the NFL, alongside the Bills and the Kansas City Chiefs. Led by quarterback Jalen Hurts and running back Miles Sanders, the team’s offence finished the regular season ranked third in the league, averaging 389.1 yards per game. Their defence has been just as impressive, ranked second in the league in terms of yards allowed per game at 301.5. The Eagles tend to score 28.1 points per game on average. With the team having had a bye week, they will be well-rested and ready to bring their full energy to this matchup.

MY PICK: The Philadelphia Eagles are playing so well that I can´t see them losing against the Giants so I have to go with them for this match. Eagles Moneyline bet of -385 at iBet.

The Cincinnati Bengals will embark on a journey to Buffalo to confront the Bills in a pivotal matchup with the aim of securing a place in the AFC Championship game. The Bengals earned their spot in the divisional round through a hard-fought 24-17 victory over the Baltimore Ravens on Sunday night. Despite their recent victory, the Bengals had a challenging time as overwhelming favourites against division rival Baltimore Ravens. The Bengal’s offence averages 26.1 points per game and 282.5 passing yards per game and boasts a solid defensive record, ranked 6th in terms of scoring defence this season.

The Buffalo Bills secured their position in the divisional round by defeating the Miami Dolphins with a 34-31 victory on Sunday afternoon. The Bills boast a strong defensive record, ranked third in the NFL in terms of points allowed per game. On the offensive side, they tend to score 28.4 points per game and have an average of 268.2 passing yards per game. The team’s performance can be attributed to the exceptional play of quarterback Josh Allen, who has been instrumental in their success this season. It is also worth noting that the previous meeting between these two teams was cancelled due to an injury sustained by Damar Hamlin.

One of the most eagerly anticipated games of the weekend will be the showdown between the Dallas Cowboys and the San Francisco 49ers. This will be the first time these two teams will face each other this season. The Cowboys will travel to Levi’s Stadium in Santa Clara, California to take on the 49ers in the NFC Divisional Playoffs. The Cowboys come into this game fresh off a decisive victory against the Tampa Bay Buccaneers, while the 49ers are riding high after a dominant win over the Seattle Seahawks.
Despite the Cowboys’ impressive performance this season, it will be a stern test for them as they take on one of the NFL’s top offensive teams the 49ers. The Cowboys tend to score 27.5 points per game and average 230.1 yards per game, which is less than the 49ers.

The 49ers, on the other hand, have been exceptional throughout the season, and they are a formidable opponent to beat. Despite losing their starting quarterback, rookie Brock Purdy has stepped up and exceeded expectations for the 49ers’ offence. The 49ers tend to score 26.5 points per game and average 238.2 yards per game. They also boast a well-balanced team that is difficult to beat, thanks to their potent offence and a stingy defence that allows few points and scores a lot.

This was my NFL Divisional Playoffs Breakdown: Jaguars vs Kansas, Eagles vs Giants, Bengals vs Bills, Cowboys vs 49ers article. What do you think? Have a look at our online sportsbooks reviews If you want to learn more about the NFL’s greatest betting odds. Check DAZN Canada in order for you to view all the games you want.