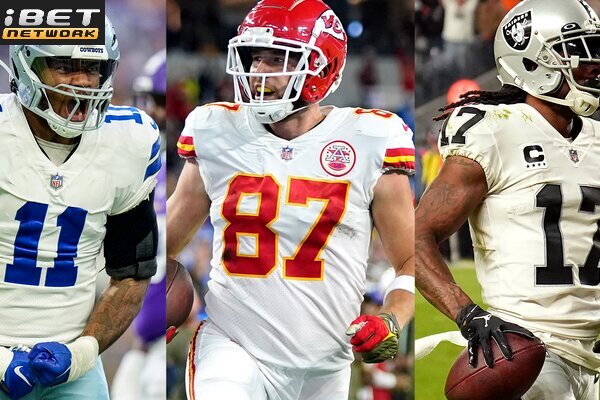 I genuinely believe that everyone who enjoys the NFL was astonished by the fantastic games that took place yesterday. The Cowboys defeated the Giants by eight points, the Bills defeated the Detroit Lions in the closing minutes of the match, and the Vikings defeated the New England Patriots by seven points in what I considered to be the best game of Thursday Night Football. You can find all the details you need regarding the game in this NFL Picks Week 12: Saints v 49ers, Packers v Eagles article, along with a list of the best odds.

If you would like to place a bet on the game, check out our Sports Betting page for more information (outside of Ontario).

The Saints against the 49ers have everything to be a spectacular game between the two. Both teams are coming to play this match with a win, with the 49ers having won their last 3 games and the Saints have only won one of their last 3. With players like Elijah Mitchell, Deebo Samuel, Christian McCaffrey and Jimmy Garoppolo there is no surprise why they are in first place in the NFC West division.

Regarding the Saints, they have some interesting players as well like Andy Dalton and Alvin Kamara, nevertheless, from the games that I watched, the Saints have real issues when it comes to stopping ballcarriers and I will think that they will have to improve their defensive line if they want to win the 49ers. Being in third place in the NFC south division, they have lost 7 and only won 4 which makes things worst for them, since they are going to play against a very strong team that doesn´t make many mistakes. Nevertheless, If they manage to play as they did against the Raiders anything can happen. However, I can´t see that happening.

The Green Bay Packers against the Eagles is probably the best game of this week. I have to say that I`m very disappointed with the Packers because I really thought that they would be better at this time of the season. Being in third place in the NFC North division, they have lost more games than they have won, something that is not good. They are coming to this game after a defeat against the Titans in a game that I really think they could have won if they had more control in the second part of the game.

Regarding the Philadelphia Eagles, they are right now the best team in the NFL and I don´t have any doubt that this team can go to the super bowl final if they keep playing as they are right now. Having won 9 of their last 10 games, they are in first place in the NFC East division. They are coming to play this match after a victory against the Colts by a very small margin and I have to say that I`m very excited to see players such as Jalen Hurts, A.J. Brown and Devonta Smith playing.

Regarding this game I really think that the Green Bay Packers will have a very hard time against the Eagles unless they play as well as they did against the Cowboys.

And these were my top NFL Week 12 picks and bets (Saints v 49ers, Packers v Eagles). What do you think? See our page online sportsbooks review for more information on the most common NFL odds. Check DAZN Canada if you wish to watch every game.