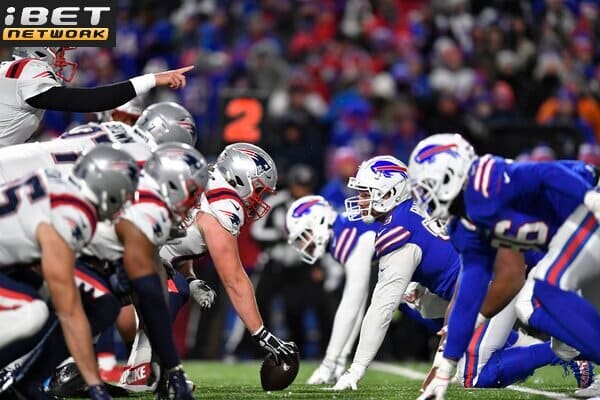 The Buffalo Bills against the New England Patriots is going to be an amazing game that you should not miss. The Bills are coming into this game after a victory against the Detroit Lions in the last minutes of the game. Meanwhile, the Patriots lost their last game against the Vikings and they will do everything it takes to win this game. In this NFL Picks Week 13: Bills v Patriots article, I’ll go through a breakdown of each team and give you a selection of the best odds so you can place the best bet.

This will be the first time that the Bills and the Patriots are facing each other this season. The Bills are having a good season, now in second place in the AFC East division with an 8-3 record. I was impressed with their last game against the Lions. They managed to get a win in the last minutes of the game in a spectacular way with the help of Josh Allen and Diggs, two of the best players in the NFL.

Meanwhile, the Patriots (6-5) are currently in last place in the AFC East. Even though they lost their last game, they are playing better than earlier in the season. They have won three of their previous four games. Nevertheless, I think there is still potential for development.

I can’t see the Bills losing this game. I would have to go for a Bills win because they have better player chemistry and Josh Allen is having a terrific season. However, if the Patriots perform as they did against the Jets, they can get a win.

And these were my top NFL Week 13 picks and bets (Bills v Patriots). What do you think? See our page online sportsbooks review for more information on the most common NFL odds. Check DAZN Canada if you wish to watch every game.